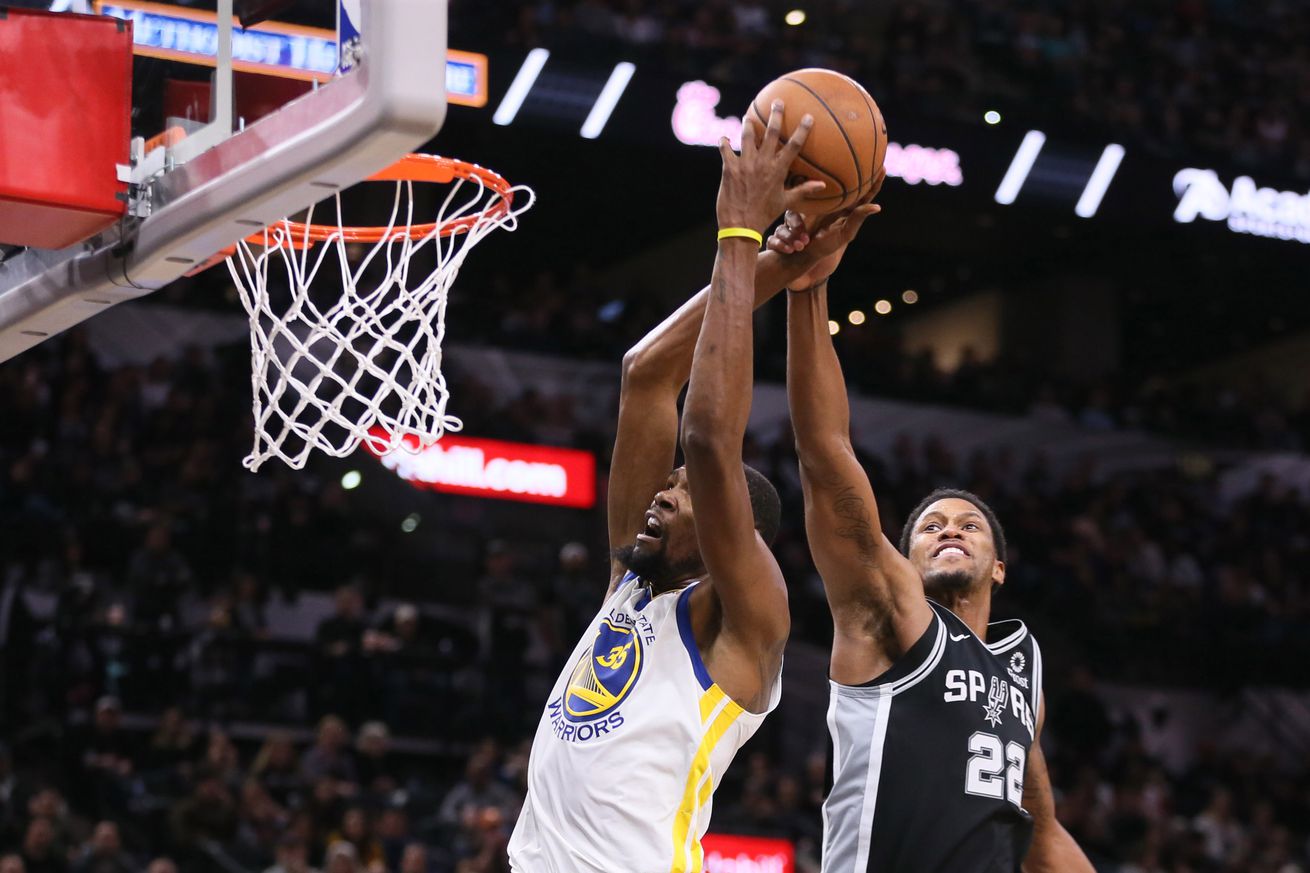 If you are just checking in with PtR for the first time this week, we are discussing free agency. We’ve got the backcourt behind us and from the comments I think there is an overwhelming agreement that the Spurs can afford to stand pat with the guards. The guards positions also correlate to the youth movement, which is why chasing most of the free agent guards who are listed as point guards and shooting guards is futile.

As some of you pointed out, there are some valuable shooting guards who can guard the three, but then again, that seems to be what the Spurs have in DeMar DeRozan when Derrick White and Bryn Forbes (and next season Dejounte Murray) are simultaneously on court.

Without further ado, let’s get into the small forwards. As has been this week, I am going off the list of free agents vie Hoops Hype.

I think it is safe to say that Kawhi Leonard is out of the Spurs price range. And even if he wasn’t, taking on a chance on the biggest letdown the Spurs have had since Game 6 of 2013 is not an appropriate measure at this time.

Kevin Durant. I have to say this is interesting. The Golden State Warriors should offer him the largest contract they can, seeing as how they cannot win a title without him. Financially speaking, they owe him more that they can give him. That said, he has a year of rehab coming up before NBA fans can see what KD looks like after a career-altering injury. As one commentator put it, he may only return at 85%, but 85% Kevin Durant is still better than most players. Bottom line- can’t afford him and he ain’t coming to San Antonio.

Khris Middleton is exercising his player option, but I’d bet he is not leaving the side of the current MVP. If Kawhi heads west, the Milwaukee Bucks become the favorite for next season’s Eastern Conference champions.

Bojan Bogdanovic’s name lit up Spurs conversations recently, but no word has come since then. Odds are the Spurs won’t put the kind of money into a player of his skill level, even if they had the money to give.

The sixth player listed on HoopsHype.com is Rudy Gay, and unless Pop has some other amazing small forward up his sleeve, re-signing Rudy Gay should be priority number one next week. Rudy has shown dedication and loyalty to the Spurs in his short stint as well as skills that benefit the Silver & Black. But he will still need a solid backup.

Trevor Ariza will most likely need too much money, Jabari Parker doesn’t have the defensive chops to make it, and Wilson Chandler…let’s just say the baby face tattoo on his neck creeps my out and I’m not ready for 82 games of that.

Some folks yesterday brought up both Kelly Oubre and DeMarre Carroll. I have not followed Oubre much, so I hope someone share on him in the comments. DeMarre Carroll, though, I like him. He’s known more as a 3-and-D wing, which is what the Spurs are lacking. He’s big enough to move to the four when LaMarcus plays center (or with Jakob on second string). And he seems to have Spurs reclamation written on his contract. He’s 32. His best, and starting, years have passed but he can give you something off the bench. He has seen postseason and knows the ropes. Veteran presence and a complementary skill set. The big question is what is worth? Bigger question- what will he go for?

Other than Carroll, Mbah a Moute checks off some of the same boxes for a forward coming in with experience and possibly a bit past his prime. He made $4.3M which puts him more in line for the MLE.

Thoughts, Pounders? This is the bigger conversation to have before the free agents cut loose Sunday evening.