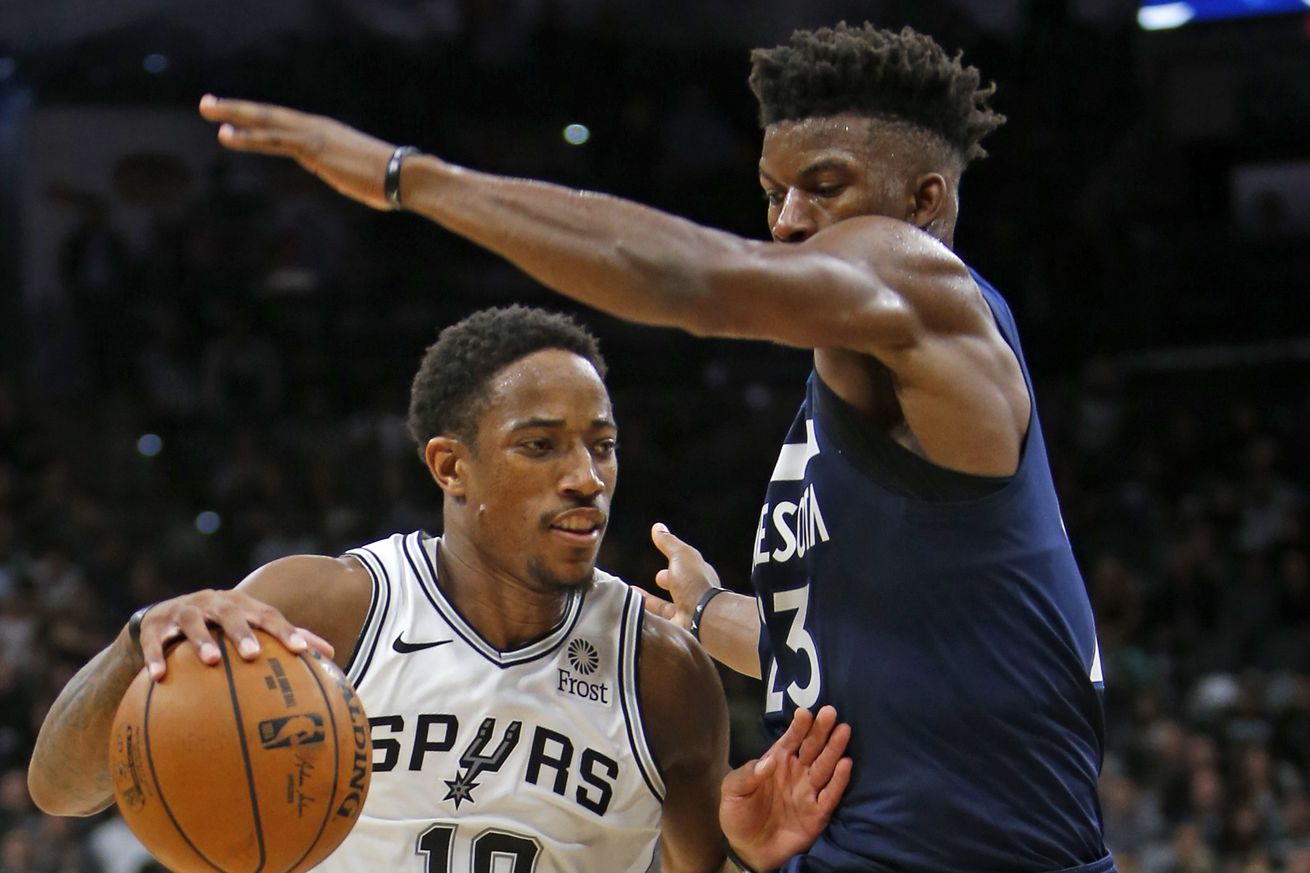 The week before free agency continues with the two position

Day two of the free agency breakdown. It’s not going to look much different than yesterday in that the Spurs are guard heavy, there aren’t a lot of roster spots available, and there is even less money. But in all fairness to discussion, here is the list of free agencies via HoopsHype.com:

Let’s start with Jimmy Butler who has a player option. He can opt out of his deal in Philadelphia in hopes of landing with a super team. It will be interesting to see if the 76ers offer him a 5-year max deal.

I know the heartstrings pull to bring Danny Green back to San Antonio, but don’t count on it. He’s aging and a Spurs jersey goes against the youth movement in the Alamo City. Also, he just won a title in Toronto. If Kawhi Leonard stays with the Raptors, Green will most likely stay.

Word has it Vince Carter will be returning making him the only NBA player in history to play through 4 different decades (and almost every NBA team). I think Spurs fans can agree that he’d be a great locker room presence with the young players, but what he wants in playing time and if he’ll accept compensation in the form of Valero taquitos will be the determining factor.

And finally, there isn;t a team in the NBA that wouldn;t benefit from Klay Thompson, but Golden State is going to do the right thing and offer him as much as they can, get him healthy, and look continuing the dominant three-point shooting that the Splash Brothers offer.

Once again, dear Pounders, is there a guard on this list that moves the needle for the Spurs or is worth moving one of the current members?