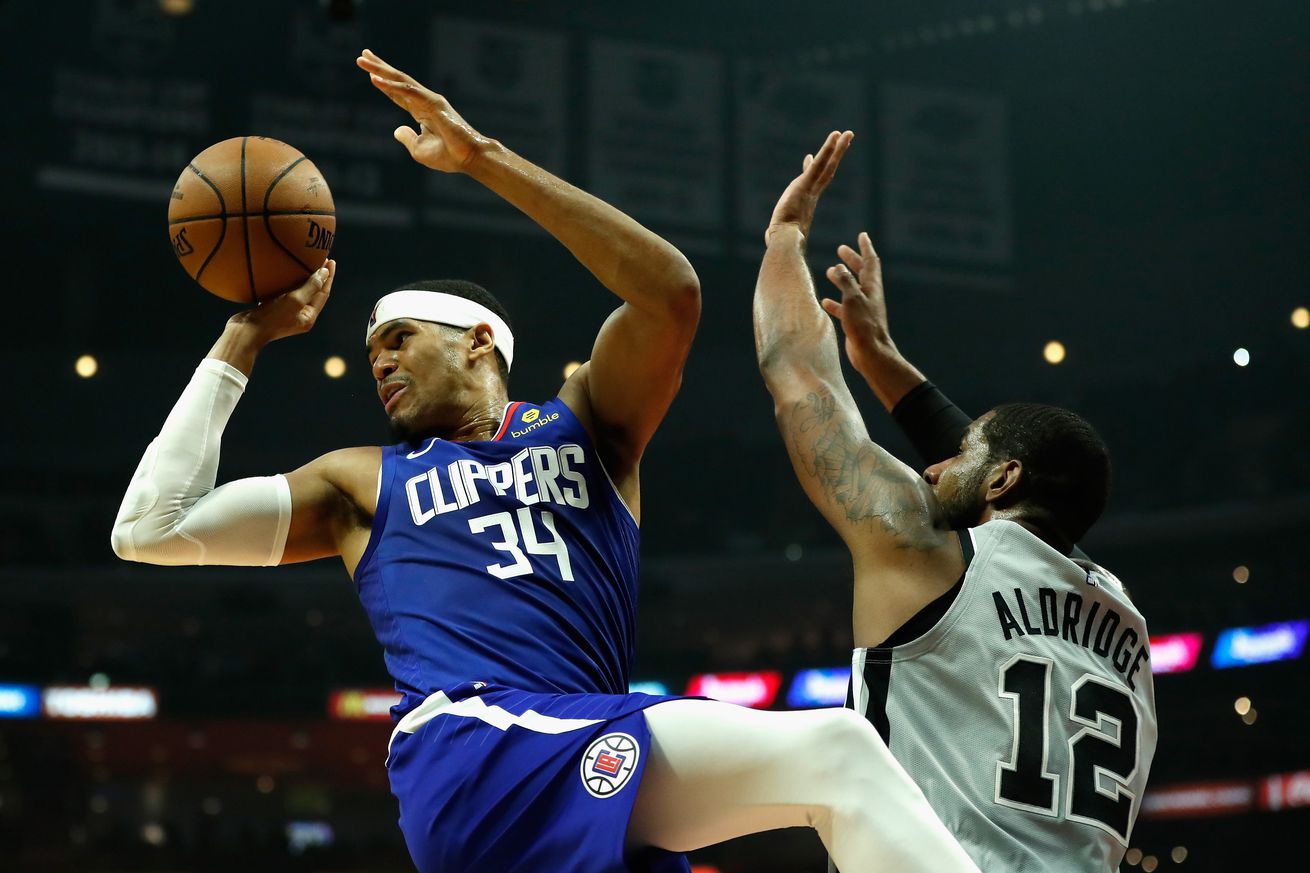 At first glance, the Spurs have a strong power forward in LaMarcus Aldridge. He is the true torch bearer bridging the Spurs Big 3 era and the current youth movement. But in today’s NBA, LMA also plays the five in small situations. In those moments, Rudy Gay is more of a four. A power forward needs to be versatile and able to cover everywhere from the wing into the paint.

These are the current men listed as power forwards on Hoops Hype who are becoming available this Sunday.

Tobias Harris has got to be one of the highlights of a player coming into his own this season. He became the best player on the Los Angeles Clippers and then was traded to make Philadelphia a solid contender. If it not for that classic fourth bounce, the 76ers may have taken a trip to the Western Conference Finals and possibly been the ones to take on a bettered Golden State team. News is floating from every team with cap space that he is on the radar. Alas, it is not to be for the Spurs as there is no way Harris, at 26, will need to take a pay cut to find a new home this offseason. My money is on him staying in Philly. Any takers?

Kristaps Porzingis seems content to stay in Dallas, although he’ll get calls from all over I am sure. I liked him in New York but was weary of the amount of time he spent injured.

Julius Randle, Paul Millsap, Nikola Mirotic, Kenneth Faried, and Thaddeus Young are all going to be out of price range and most likely aren’t looking to take Aldridge’s leftovers.

Al-Farouq Aminu was discussed in yesterday’s comments and I will leave it to you all to pick up where we left off. He’s 28 and has been starting for the Portland Trail Blazers. Is he ready to come off the bench for the MLE? Or are you all seeing him as a starter in San Antonio?

Morris twin anybody? Both Marcus Morris and Markieff are unrestricted free agents. Marcus is a solid player and doesn’t seem to mind coming off the bench. he also thinks of himself as the second best LeBron defender. Gotta like headstrong. His brother is unfortunately coming off an injury-plagued bout which saw him moving around. If he is better and willing to prove himself, San Antonio might have a great bench player in the making.

Bobby Portis….pass. Can’t beat up on your own players and wear the Silver & Black.

Taj Gibson. I have always liked this guy. He is a defensive menace and isn’t afraid to get in there. He’s still averaging double digits and although he is aging, could be a solid role player. He made $14M last year, but at 34, what will he be looking for this season?

JaMychal Green has been in a Spurs jersey before. And I, for one, wouldn’t mind seeing him again of the chips landed in an advantageous way. Green is athletic and hit highs in 3-point scoring and from the line this season. Question will be whether his fee is trending up or down.

If you take a look at the list, you’ll find Carmelo Anthony. I wasn’t sure the list could not be taken seriously after this, but luckily I was wrong. From my perspective, Melo just looks done. I know he was once great, but that time has passed and everyone seems to know that except Anthony himself. He really needs one less YES man in his posse and a reality check. The Atlanta Hawks took a $27.9M bath to rid themselves of Anthony before he took a league minimum to play thirteen games in Houston.

There were some noteworthy players later on the list: Sam Dekker, Trey Lyles, Cheick Diallo, Quincy Acy, Jared Dudley our own Dante Cunningham all have some upside, but not enough to make big moves to get them here.

The last name that intrigues me still (I advocated for him last summer) is Michael Beasley. He can play the three and four and has yet to really find his way in the NBA. If he can take instruction from Pop & Co., he might discover what’s been missing all along.

Peruse the list, Pounders, and let’s discuss it. Is there someone here that needs to be discussed? Free agency is close. We’ll close out the week with centers and head into the weekend talking about Summer League. I get on a plane Monday morning for Salt lake City. Souvenirs?