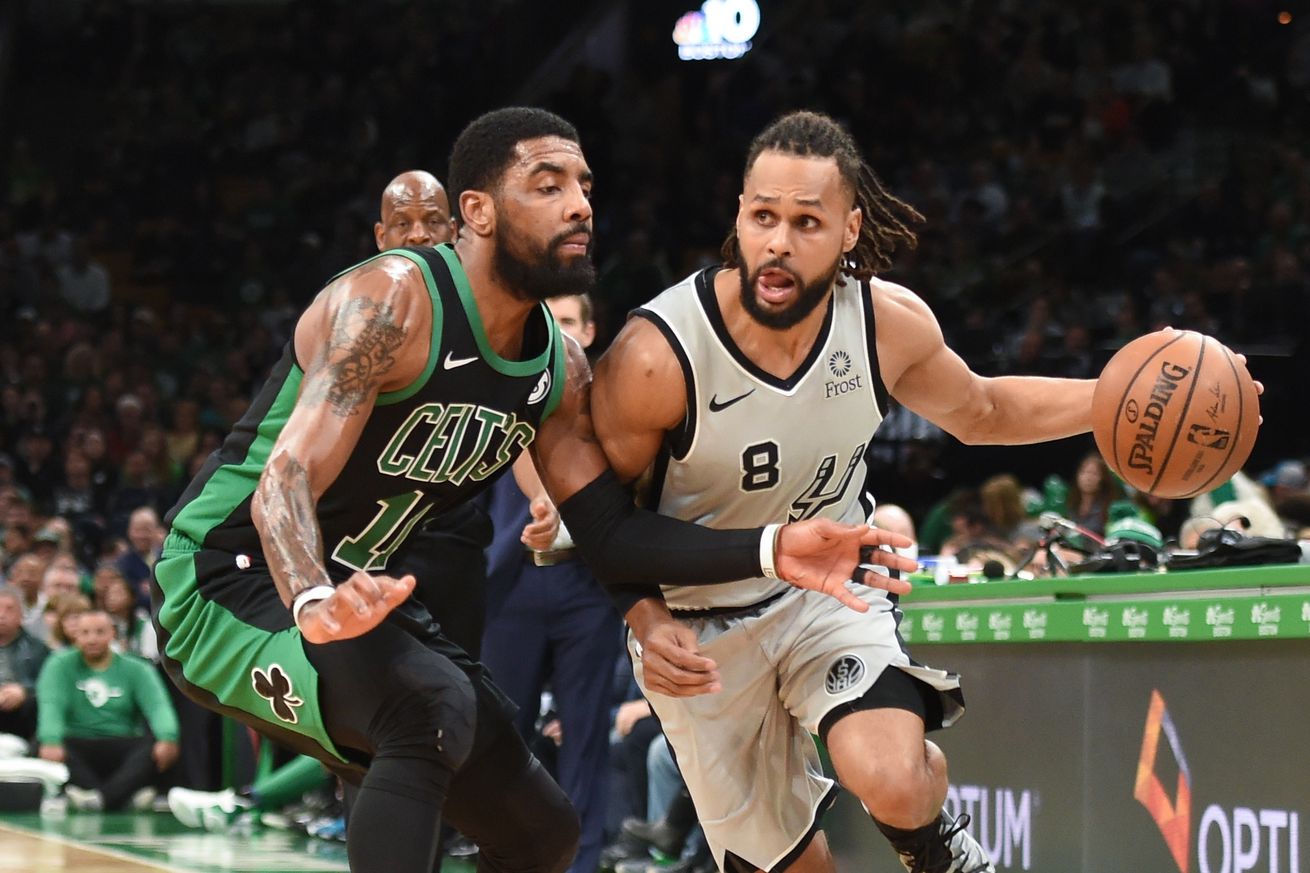 With one week until free agency begins, it’s time to look at who is becoming available

July 1st begins the next phase of the NBA summer as free agency begins.

Each year, HoopsHype.com provides a comprehensive list, by position, of all free agents. Information provided for each player includes whether the player is restricted or unrestricted, height, current team and salary, accumulative earnings, and agent.

The Spurs have had the fortunate problem of having a bit of a logjam at the guard positions. For our purposes, we will discuss a few point guards who could be considered in the event that not all of the Spurs roster is in tact come preseason.

Kyrie Irving is facing a player option which many believe will result in his making an offseason move. The once popular Kyrie/Kevin Durant combo is now in question due to Durant’s injury rehab next season.

What do you think, Pounders. There are players who are out of range on price alone. But is there a player who —if the Spurs were to shed a contract or two— could, in your opinion, seriously move the needle toward making the Spurs title contenders this season?

Assuming the starting lineup consists of some combination of Derrick White, Dejounte Murray, DeMar DeRozan, Rudy Gay, LaMarcus Aldridge, and Jakob Poeltl, could one of these guards insert himself into the second string and make a greater impact than what the Spurs will see from Patty Mills, Lonnie Walker IV, and Marco Belinelli?

Let’s get the ball rolling and continue tomorrow with shooting guards before getting to the meat of the Spurs greater needs in the backcourt later this week.