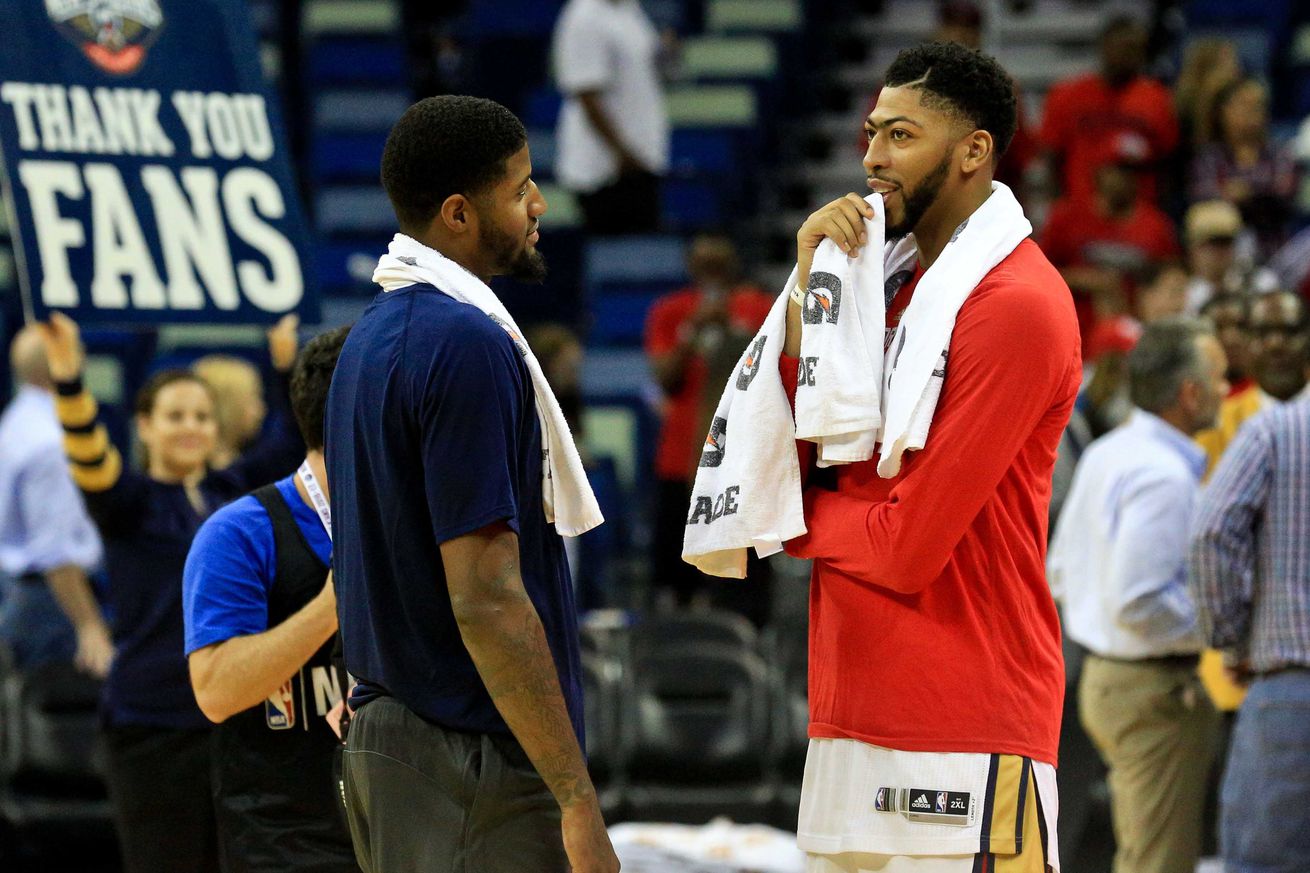 After losing out on some key free agents, Anthony Davis is heading to Hollywood

On July 1, 2018, LeBron James left his hometown team Cleveland Cavaliers for the second time in his career and headed out to Los Angeles to join the Lakers, one of the most celebrated teams in NBA history.

As is the custom with a LeBron signing, a bevy of mid-level ring chasers followed in the hopes of being in the bottle that captures the lightning. But what King James needed more than a strong supporting bench was a starting crew that could begin to take over. A second All-Star was needed to make the Lakers contenders.

Originally slated to join the Los Angeles Lakers was Paul George, but he liked his situation in Oklahoma City and decided to stay with the Thunder. He never even took a meeting with the Lakers and signed a four-year $137M contract on July 6th.

The Lakers were also interested in obtaining Kawhi Leonard from the San Antonio Spurs. Leonard’s displeasure with the Spurs franchise had become the hot topic of the summer and a trade looked all but inevitable. Unfortunately, Leonard’s uncle’s comments that he would head to the Lakers after fulfilling his 2018-19 contract caused the Lakers to lowball a trade offer and the Spurs passed. Instead, Leonard went to Toronto where he helped lead the Raptors to their first ever title and picked up his second NBA Finals MVP trophy in the process.

As great as LeBron James has been, he is aging and his stamina is not what it used to be. A young core of Lonzo Ball, Kyle Kuzma, Josh Hart, and Brandon Ingram were designed to develop into the next carefully drafted super team. LeBron (paired with one other top tier player) were expected to propel the Lakers into the postseason and regain the franchise’s previous glory. Unfortunately for Magic Johnson and Rob Pelinka, James suffered a groin injury that sidelined him. He played his lowest game count in his phenomenal career, joining the team for just 55 games.

The lakers missed the playoffs for the sixth time in a row, more than in the previous six seasons combined.

So when Anthony Davis shared his discontent with the New Orleans Pelicans and expressed a desire to join a new team, the Lakers did not want to lose out a third time. After watching Paul George and Kawhi Leonard in other jerseys as well as Kevin Durant and Klay Thompson most likely missing significant time next season, the Lakers needed a super star.

In a trade reminiscent of the fabled 2013 Boston Celtics– Brooklyn Nets, Pelinka (who must be played by Rob Lowe in a made-for-TV movie about this transaction) grabbed The Brow for (deep breath) Lonzo Ball, Brandon Ingram, Josh Hart and three first-round picks including this year’s No. 4 overall selection, a top-eight protected pick in 2021 (which becomes unprotected in 2022 if it does not come to pass), the right to swap first-round picks with the Lakers in 2023, and an unprotected 2024 first-round pick that New Orleans can defer to 2025.

Obviously, the Lakers are staking their future in Davis, and if they wait to finalize the deal until July 30, they will have $32.5M in cap space available for a max contract. This will be the time to see if Uncle Drew is as good as his word. Otherwise, a run at Kemba Walker may be in order if not a reunited LeBron and Kyrie Irving.

For the Lakers, success is a must. Unfortunately, LeBron is 34-years-old and his injury may set a tone for his final years. And Anthony Davis, though young and superior in talent, has a long history of injury. Check out the Fox Sports image that dates back to 2017:

Here’s my list of all the injuries/ailments that Anthony Davis has dealt with this season pic.twitter.com/tnD5jpGjzr

Whether another cobbled James super team can survive a deep playoff run is unsure, but the Lakers really don’t have a choice in anymore. They have just hedged most of the their previous first-round draft picks as well as their future draft picks on one player.

Any max contract free agent who goes in on the LeBron and LeBrow (yes, I just made that up) needs to be aware that at any given moment he may have to carry the team for a period of time.

Might want to check in with Stephen Curry to see how that’s working out before you sign on the dotted line.

Open Thread: For the Los Angeles Lakers, the third time is the charm
Source: Pounding The Rock