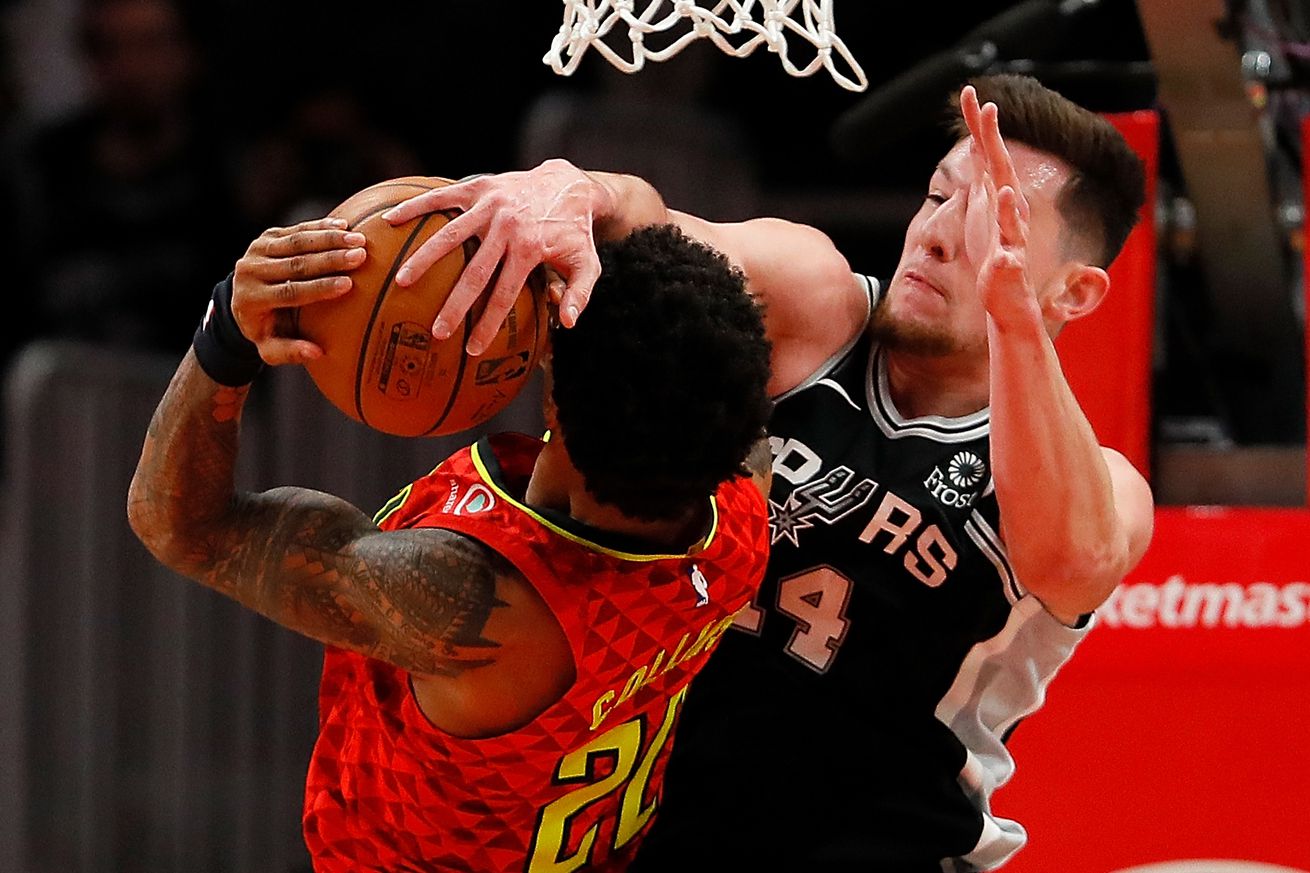 First, Pau Gasol and the Spurs settled on a contract buy out. Then he went to the Milwaukee Bucks. After that, discussions started as to who would play as a back up to LaMarcus Aldridge and Jakob Poeltl in the event that one of them was injured. For two games with bigger line-ups, Pop started both Aldridge and Poeltl. And then Jakob sat out two nights ago.

The 6’10” Oregon big man is on a two-way contract splitting time between San Antonio and the G-League Austin Spurs where his per game averages of 16.6 points, 7.7 rebounds, and 2.5 blocks have highlighted his first NBA season.

He pulled down 5 rebounds in his 10 minutes against the Atlanta Hawks.

At this point, he can play out his two-way contract, or PATFO can offer him a contract for the 15th roster spot which will only help his career down the line.

So, perhaps it’s time for Drew Eubanks to get a nickname. It brings him into the fold, lets people know he’s legit on behalf of Spurs fans, and it’s just a nice thing to do.