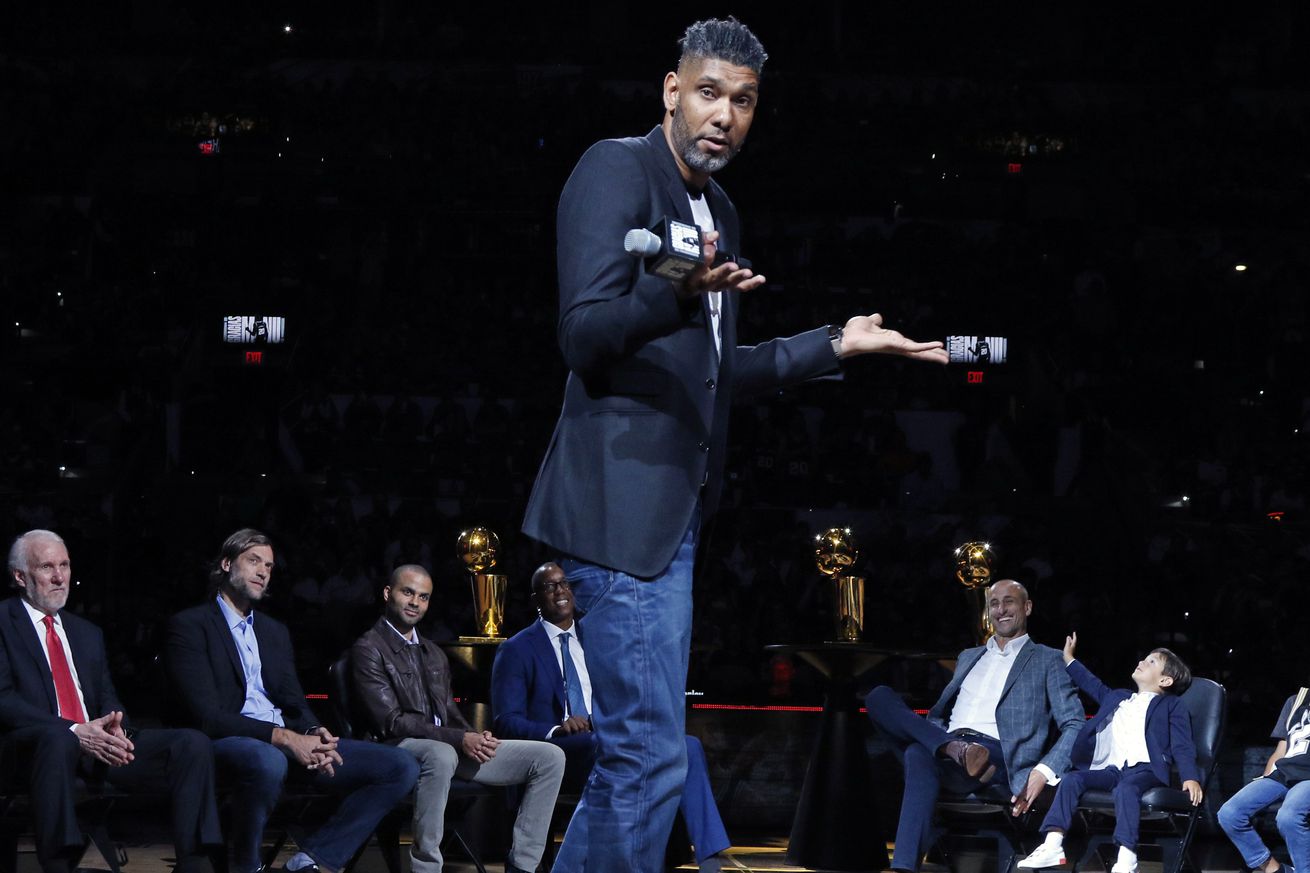 If you haven’t found the shirt already, there’s a link.

Spurs fans are still celebrating the retirement of Manu Ginobili’s #20. Last Thursday’s ceremony was the AT&T Center event of the year (a deep playoff run notwithstanding).

If you have yet to see the ceremony in its entirety, here it is:

At the 25:00 minute mark, Spurs GOAT Tim Duncan takes over and shares a few words about his long-time teammate.

If you noticed, he is wearing a Manu Ginobili cowboy shirt which is a spoof The Equalizer 2 commercials that aired last postseason and featured many star players.

Manu was a strange choice for a commercial cameo when you see the other players who made appearances. But it was great to see Manu’s funny side on a national spot. And when he came out in the cowboy outfit (see the full commercial), he burned an image into the zeitgeist.

And on March 28, 2019, Timothy Theodore Duncan wore a shirt that pays homage to that commercial. The shirt replicates Manu in a basketball uniform instead of his street clothes, but that just makes the look more Manu.

The design, by Rat Trap Tees, is available in the jersey form as displayed by Duncan as well as single-colored short sleeve tees. You can link here.