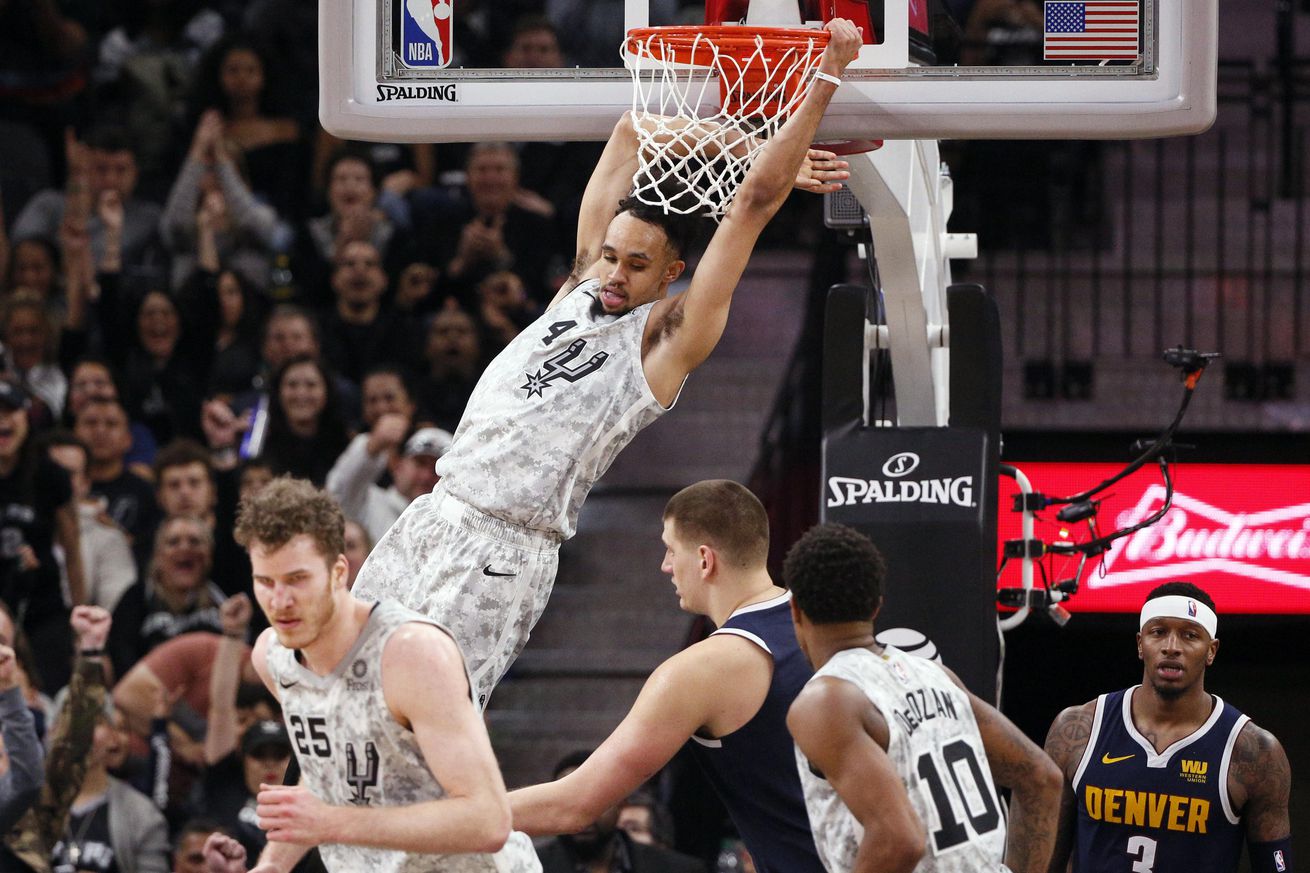 Derrick White returned to Colorado, where he grew up. He scored 10 points on the night. At one point he snagged a rebound at the rim and dunked . Impressive, and then there was this:

He pulled a career high in steals, ruining The Joker throughout the second half.

Even facing a loss where the Spurs missed free throws cost them the game, White’s performance cannot be sullied.

The 29th pick of the 2017 draft spent most of his first season in the G-League. This year, since returning from his injury, he’s moved his way into the starting line-up where he is adding chaos to opponent’s game plan.

Here’s to more success from the former Buffalo.