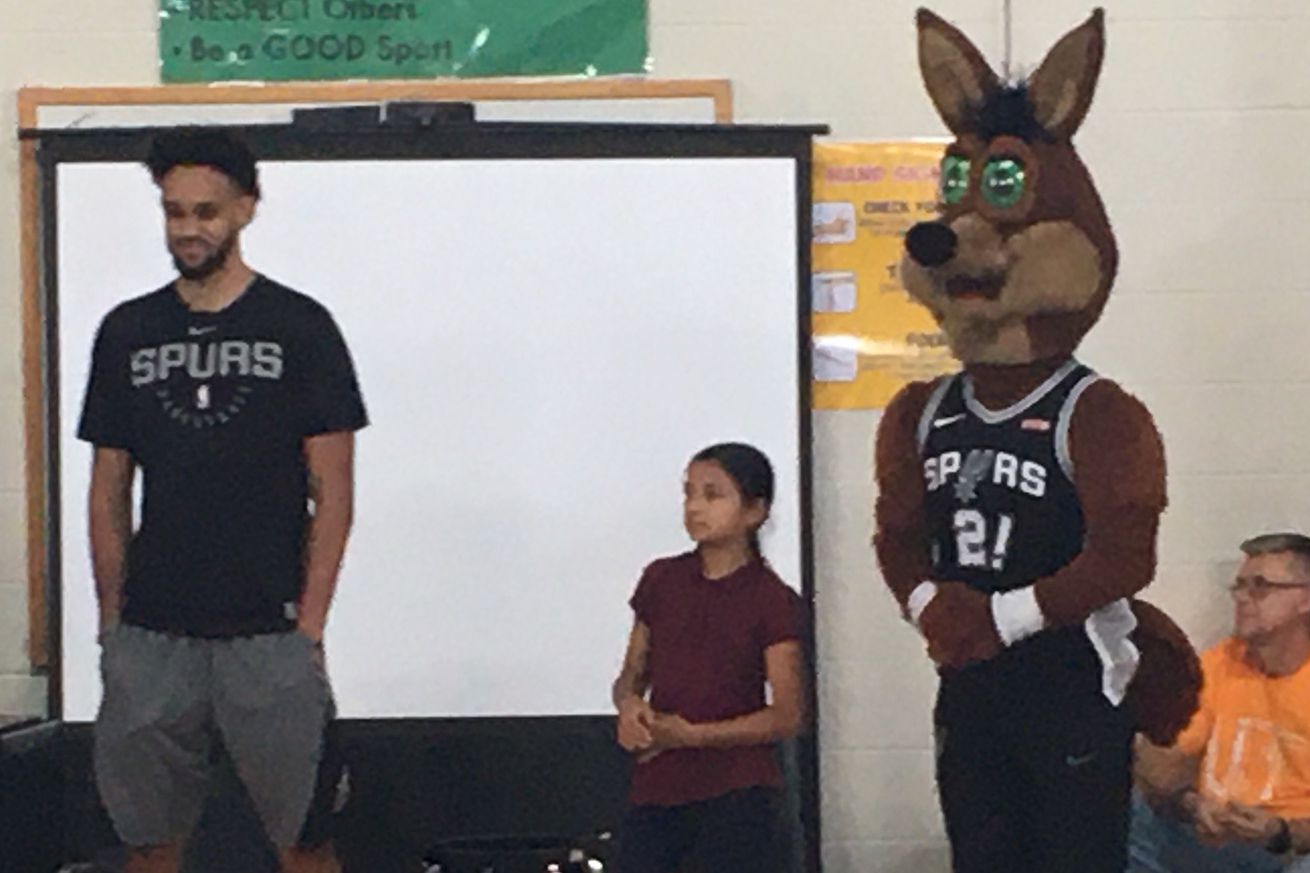 Everyone’s favorite Colorado Buffalo and The Coyote celebrated the winner of the local restaurant’s reading initiative.

On Wednesday, Roy Cisneros Elementary School was treated to an unannounced pep rally in their gym. First, their principal addressed the students and staff and thanked them for gathering. She then introduced Chuck Cureau who served as the master of ceremonies and, from that point on, the introductions kept coming.

Whataburger’s mascot, Whataguy, came out to the crowd’s approval, followed by the Spurs Hype Squad who passed out some swag to the students and took turns tearing up the gym floor with their infectious moves.

The Coyote came out next and sent the gym, filled with an estimated four-hundred plus people, into varmint-induced hysterics. The volume and atmosphere immediately took on the appearance of a Spurs home game.

And finally, when it seemed the theatrics couldn’t be greater, Derrick White joined the ensemble.

But as it turned out, none of these were the guest of honor.

The Spurs recognized Alexis Best, who was randomly selected from the 30,000 participants of the What’ch Reading Program as the winner of the Spurs Pep Rally. In conjunction with Whataburger, the Spurs What’cha Reading Program was designed to reward students that made strides in their reading comprehension. Alexis read a total of 630 minutes during the five-week program.

Best and White participated in a version of the Whataburger game often played at the AT&T Center during time outs. Alexis and a small group of her friends were then invited to play Jeopardy! with Derrick White as the host.

Questions ranged from all subjects and challenged the students as well as a few of the grown ups in the room. After a few rounds, the teams received some prizes and Whataburger passed out swag bags loaded with fun take-home gear to all the participants.

Derrick was a great sport, encouraging the students with stories of his education during the assembly as well as cheering on the students during their game.

He even wore the Whataburger glasses for the rest of his stay at Cisneros Elementary, donning the orange spectacles during his press interview after his time with the students.

So grab yourself a good book and enjoy some quiet time . . . just not while the Spurs are playing, which is every other night this month.