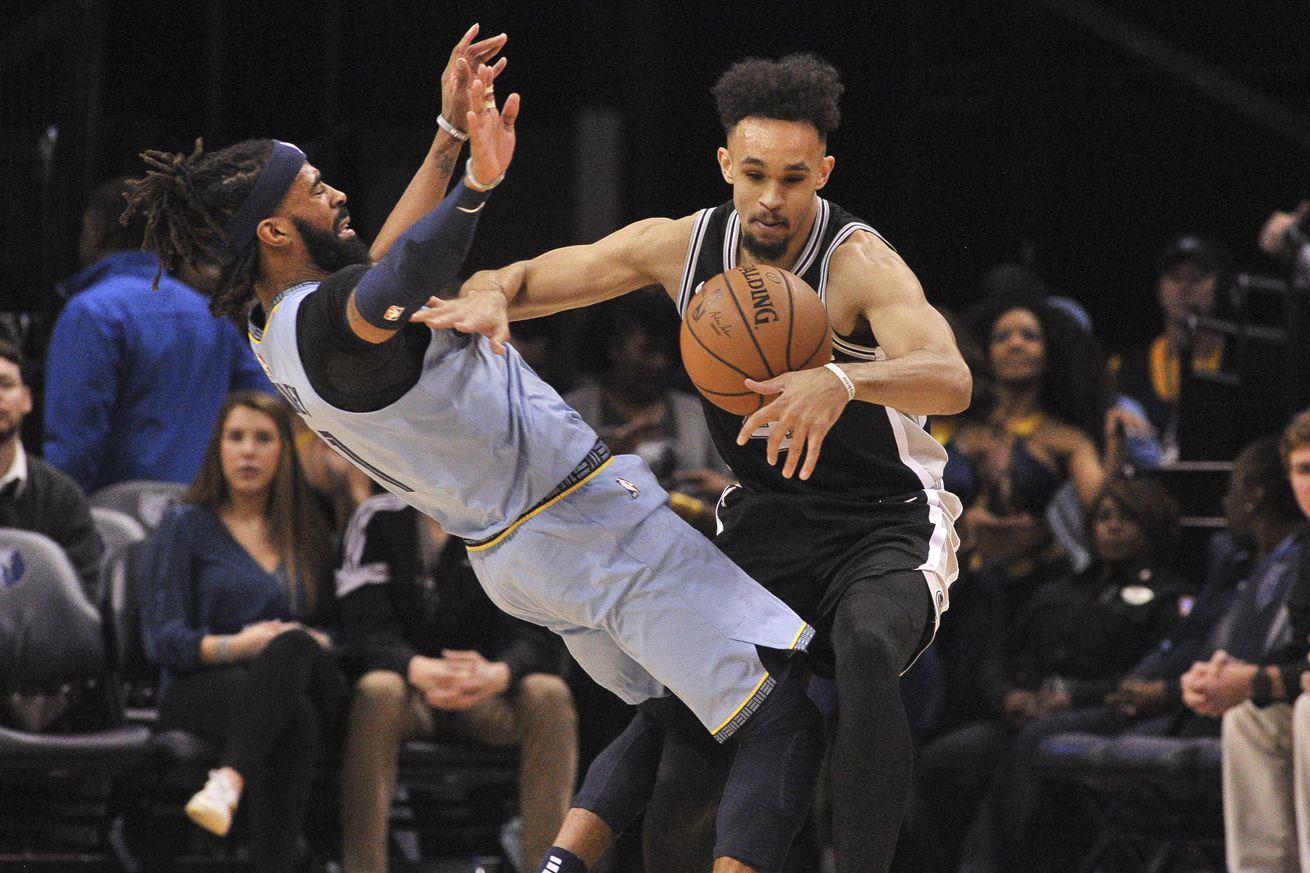 Mike Conley put the Spurs young guard through the grinder

If you’ve missed the last few games, Derrick White has been quite impressive.

Derrick White is shooting 76.2% from the floor in the last five games (17.8 ppg) – highest field goal percentage in a five-game span by a Spur since Artis Gilmore in 1986 (min. 40 attempts).

Only other Spur in history to average 20+ while shooting 80+ in a three-game stretch: Gene Banks in 1983.

Derrick White has scored at least 19 points and shot over 70% in each of the last three games.

White is the only player in Spurs history to have 19+ points in 3 consecutive games while shooting over 70%.

So early and consistent foul trouble kept the young star on the bench for most of the game. Covering Mike Conley is no easy feat, but White has made guarding guys like Kawhi Leonard and James Harden doable. But tonight, the Grizzlies point guard was able to get the best of White.

Derrick only played 16 minutes, but still managed to score 12 points. He’s averaging over 30 through this streak of great play.

So I couldn’t agree more when Sean Elliott said “Imagine how this game could be different if he could have been on the floor another 15 minutes or so.”

Assuming he would have gotten a rhythm and possibly double both his scoring and his minutes, this game, as ugly as it was, might have shifted.

Add Davis Bertans evening to the list of the Spurs woes and one thing is for sure, the Spurs once again could not get the officials to side with them. This game wasn’t as blatantly called as poorly, but there were still a number of questionable calls leading to three different technical fouls and one Latvian being ejected.

What do you think, Pounders? Pathetic game, but could Derrick White have been the x-factor?