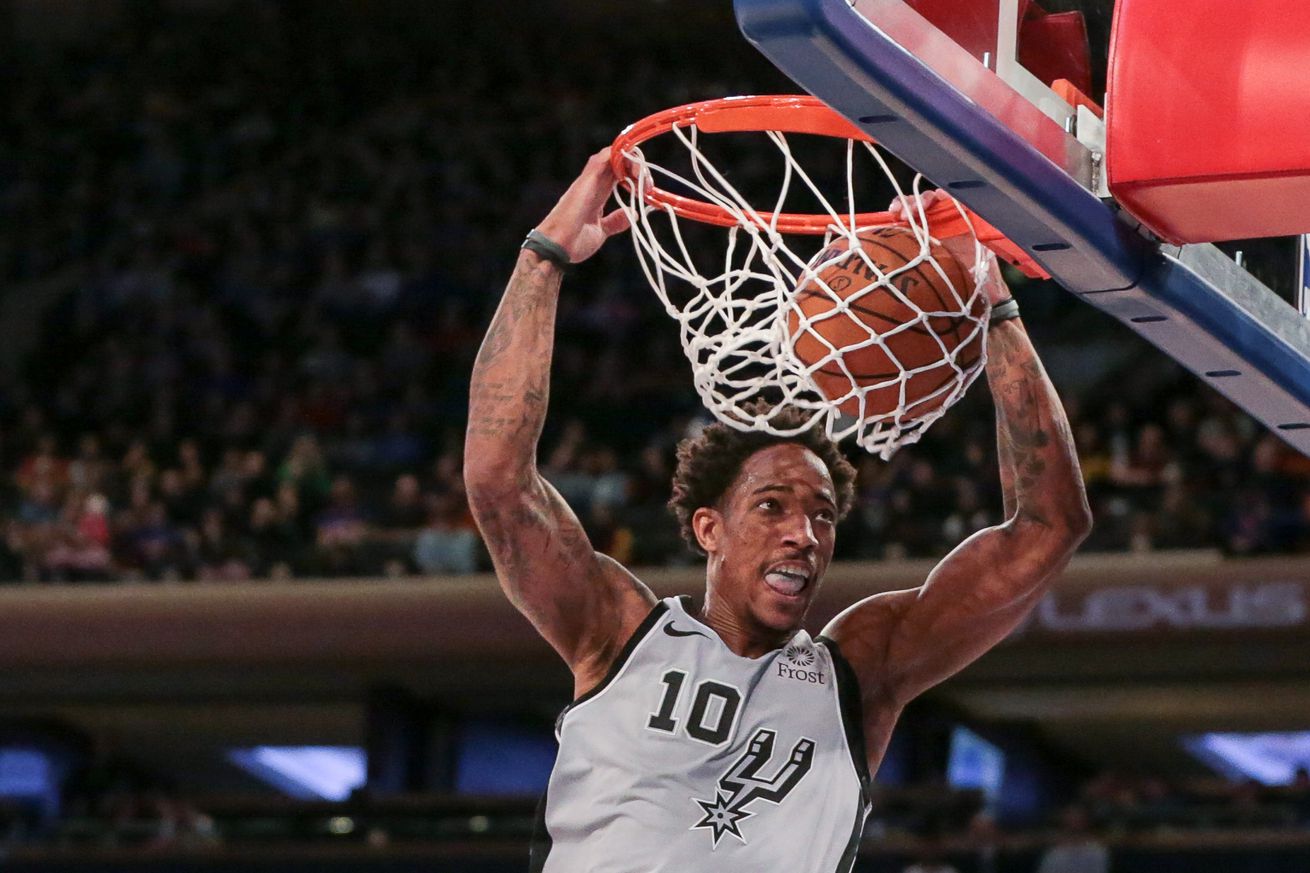 The Spurs highest paid player stoked his own fire by ridding himself of social media.

With multiple trade rumors in the stratosphere placing San Antonio Spurs shooting guard in Orlando, Miami, New York, and even Toronto, at this point they are exactly that- rumors.

With no specific players mentioned or follow up chatter in the days that follow each additional speculation, the hype seemed to have faded out.

But when DeMar DeRozan cleared his Instagram account, the internet speculation that the trade talk was more than rumors kicked the hype up a notch.

Tom Orsborn got the reasoning behind the Instagram dump from DeRozan which may have set the record straight.

DeMar on clearing his Instagram account: “I don’t even like social media, honestly. I’m not a big fan of social media, never been. To this day I always wish I had played in the 90s so I wouldn’t deal with social media. I just let people talk. Me, personally, I hate it.” #Spurs

This should temper the exchange chatter . . . for now.