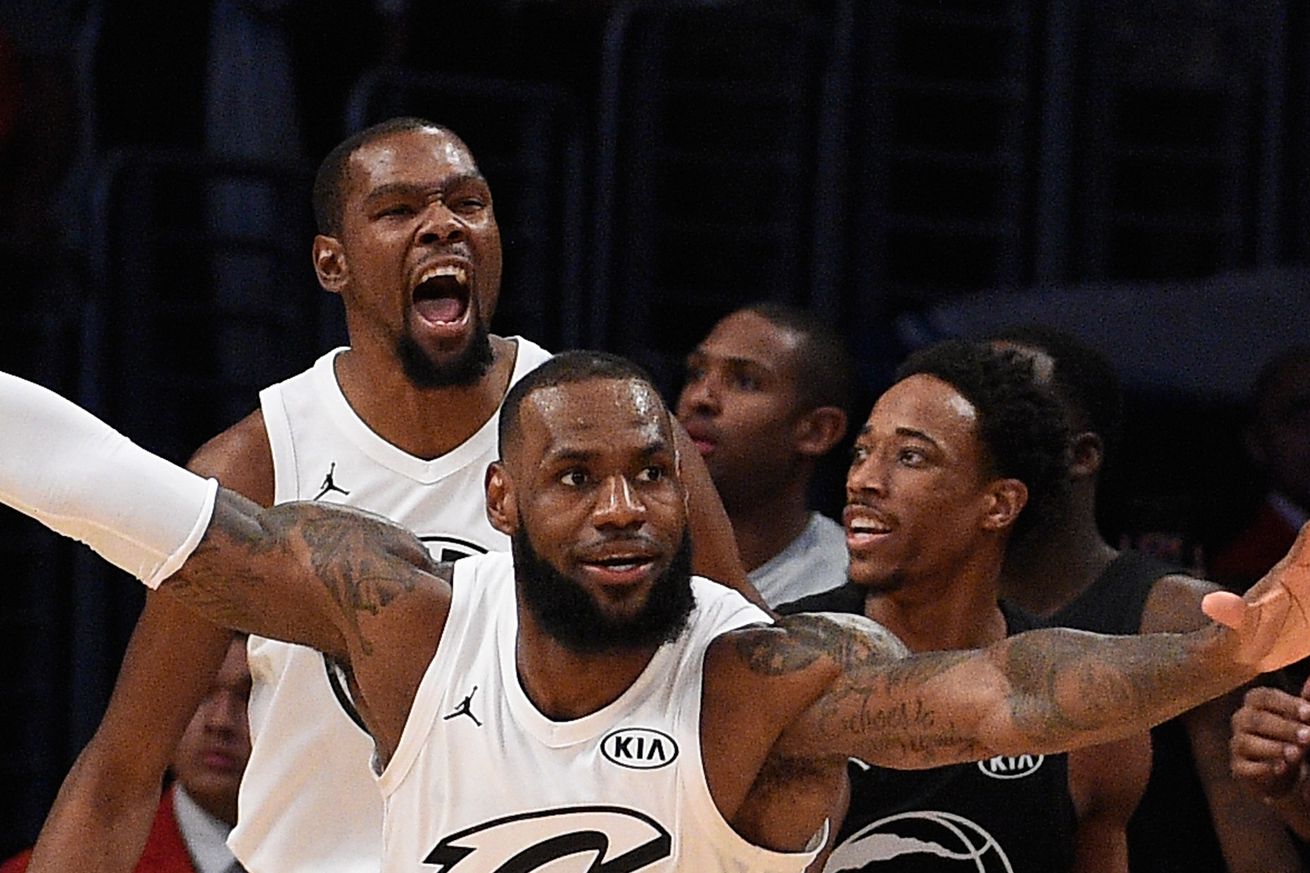 The Spurs guard is in good company.

Stats, moves, leadership, and a drive to win. This season, DeMar DeRozan has wasted no time making his imprint in the San Antonio Spurs culture. He’s fearless, driving into the paint whether covered by Kevin Durant or Anthony Davis. When the game is on the line, DeMar is the go-to for a clutch lockdown on a win.

But did you know DeRozan is one of three players this season to be scoring 24 or more points per game, dishing out a minimum 6 rebounds, and pulling down 6+ rebounds? That’s right, DeRozan isn’t just great in a Spurs jersey, he’s simply great.

The other two on the list: LeBron James and Kevin Durant. Those two would also be the answer to the question “which NBA superstars have yet to beat a DeMar DeRozan led Spurs?”

Considering DeRozan is the quietest and least divisive of the three, it looks more and more like the Spurs got the better end of this summer’s superstar reshuffling. Even in the photo above, LeBron is celebrating, Durant is yawping (or just really stubbed his toe), and DeRozan is looking off in a different direction, probably planning his next move. Ain’t that just like a Spur, zigging when others are zagging.

If his constant pursuit to improve his game hasn’t impressed you, perhaps his 360 did.

In a handful of games, DeRozan has made Spurs “all-time” lists.

DeMar DeRozan has 378 points in his first 15 games with the Spurs.

Only Spurs with more points through the first 15 games of ANY season in franchise history: George Gervin & David Robinson.

DeMar DeRozan. Now THAT’S something to be grateful for this holiday weekend.