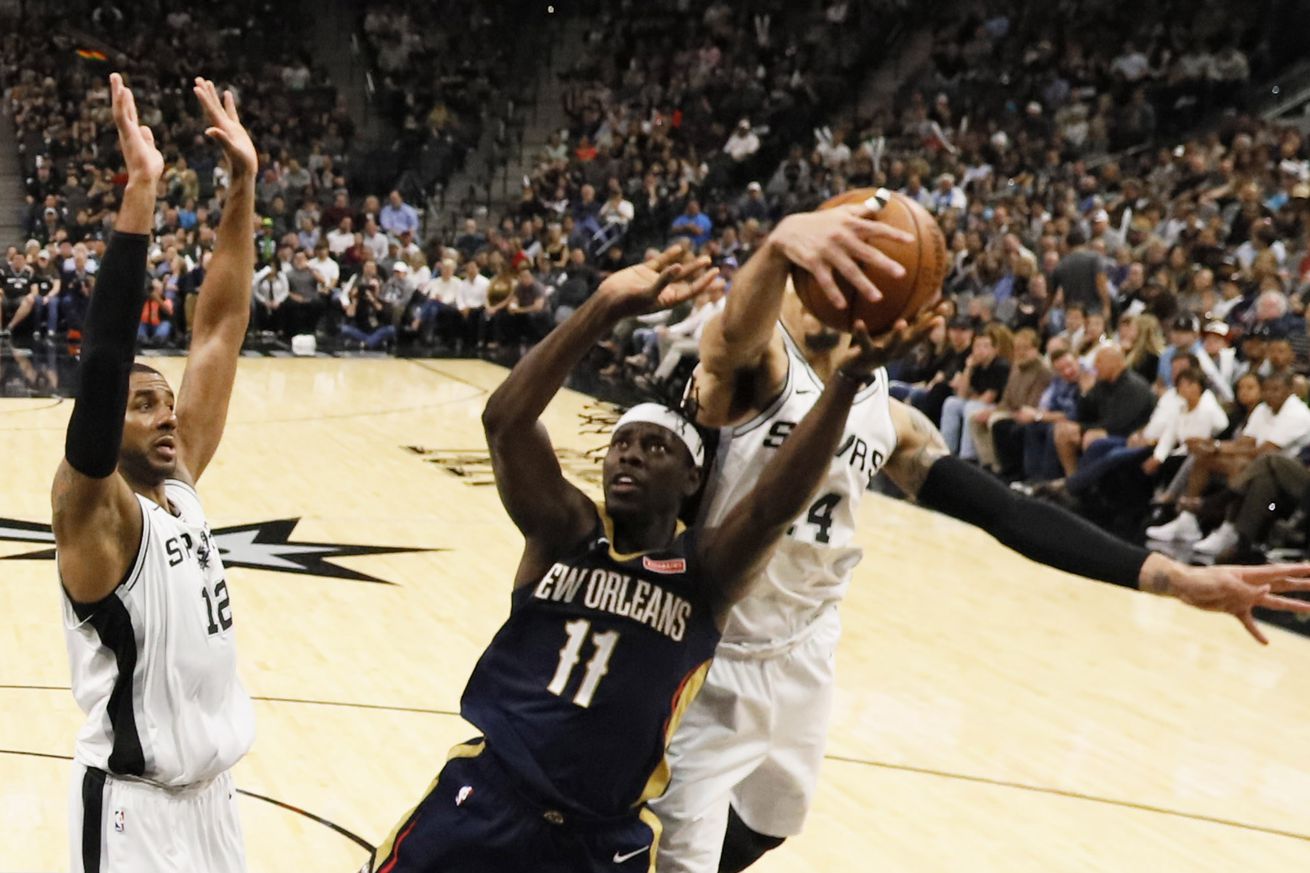 The defensive stalwart shines against the Pelicans.

Danny Green had a heck of night pulling down 7 rebounds and 6 blocks on the defensive end while kicking in 5 points.

The Spurs are a defensive team and Green’s contributions combined with those of Manu Ginobili (blocked Anthony Davis, took a charge from Anthony Davis, and caused Anthony Davis to acquire a technical foul after picking up his 4th foul) showcased exactly what has kept the Silver & Black in contention for years.

The Spurs win combined with the Clippers loss elevated the good guys back into the playoff picture, which is expected to change daily.

Congratulations to Danny on becoming the first guard in Spurs franchise history to tally 6 blocks in a single game and GO SPURS GO!