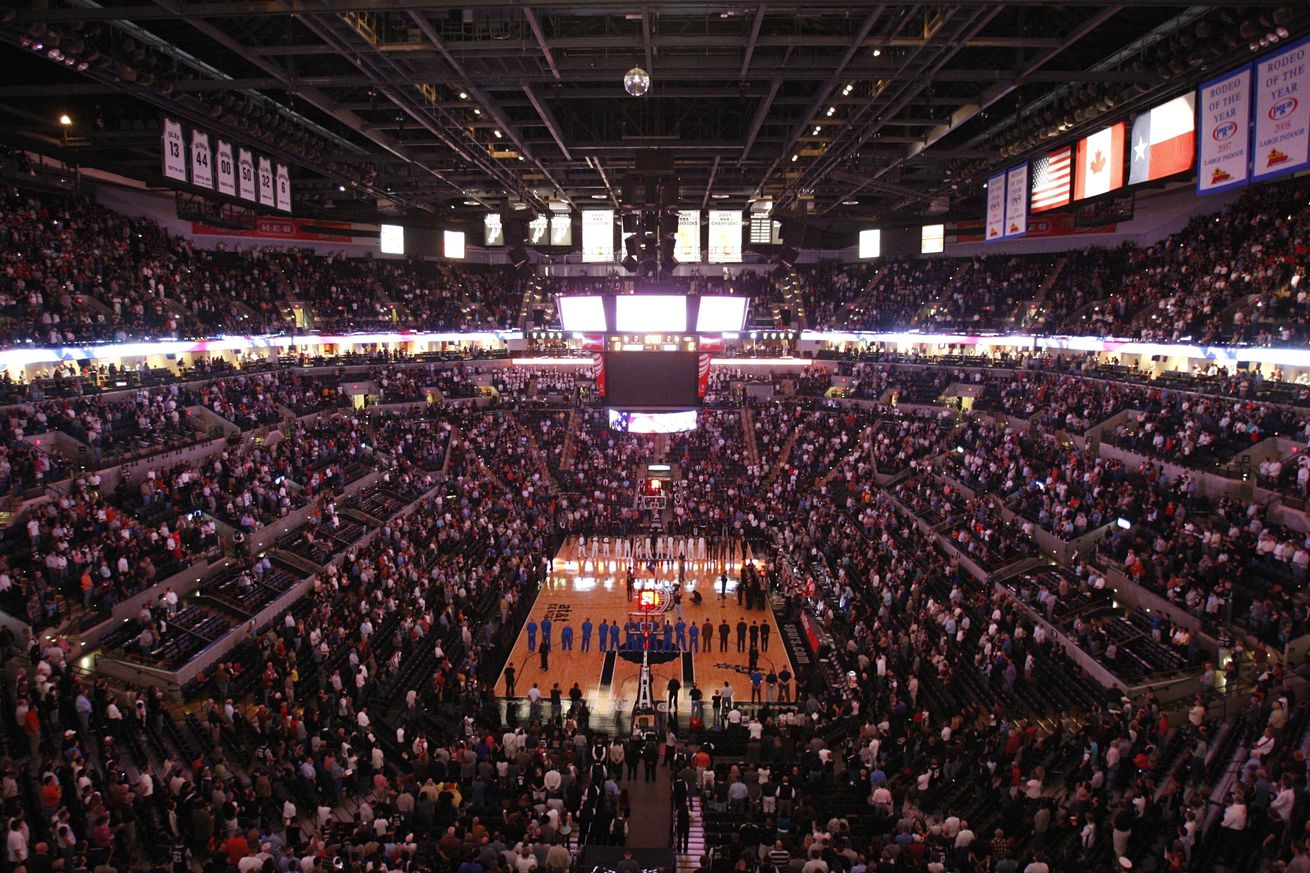 Part two of the account of Jeph Duarte’s attempt to earn a spot on San Antonio’s “time out entertainment” team.

[Welcome to Part 2 (here’s part 1) of my series chronicling the experience of auditioning for the brand new Spurs Hype Team.]

It seemed simple enough. I’d filled out the required paperwork and looked over the expectations. I waited for an assigned time for my tryout, as they were scheduling small groups throughout the day. The tryout consisted of three parts: an interview, an actual physical game-style tryout, and an optional performance piece.

As I pulled up to the Incarnate Word athletic center, I noticed that the parking lot seemed bare. I figured I was on the early side of the sessions. I saw one girl in the grass working on her routine involving a big, red flag. I then realized that I might be out of my league.

For beginners, I had decided to opt out of the optional solo performance as I expected that cheerleaders and dancers would use that space to perform. I was expecting to sell myself on actual hype. Getting people pumped up about being at the AT&T Center during a Spurs game. Other than a dance number, most of the job seemed to entail tossing out t-shirts and waiving to fans during timeouts. So, I felt like the elimination of the dancing equaled the playing field for guys like me who just love the Spurs.

I immediately changed my mind when I walked in. The woman signing in the contestants struggled to keep a straight face. When I turned to find a seat I discovered why. Not only was I the only male in the group, I was twice the age of the women in the waiting area. I think there’s a slim chance I was older than the mother of the girl with the red flag, who had driven her daughter in from Brownsville specifically for the audition.

I was also the only one dressed for hype, not a tryout. The ladies were all in gym-style tights which allowed for movement. I was decked out in my Spurs Converse, knee-high Spurs socks, gym shorts (you know, the kind of thing a forty-five-year-old wears to the gym), and a Fiesta Spurs shirt. I felt a little silly and out of place to say the least.

You’d think, therefore, that I would have been relieved to see two men in my age bracket enter the foyer. Alas, I suddenly found myself feeling like I was at some oddball cosplay convention.

I considered leaving right then and there, but I knew I wouldn’t forgive myself if I did. I was given a number, sent into the gymnasium with 9 other hopefuls, and prepared to see what was in store.

Tomorrow: Introductions, Ice Breakers, and I meet the competition.