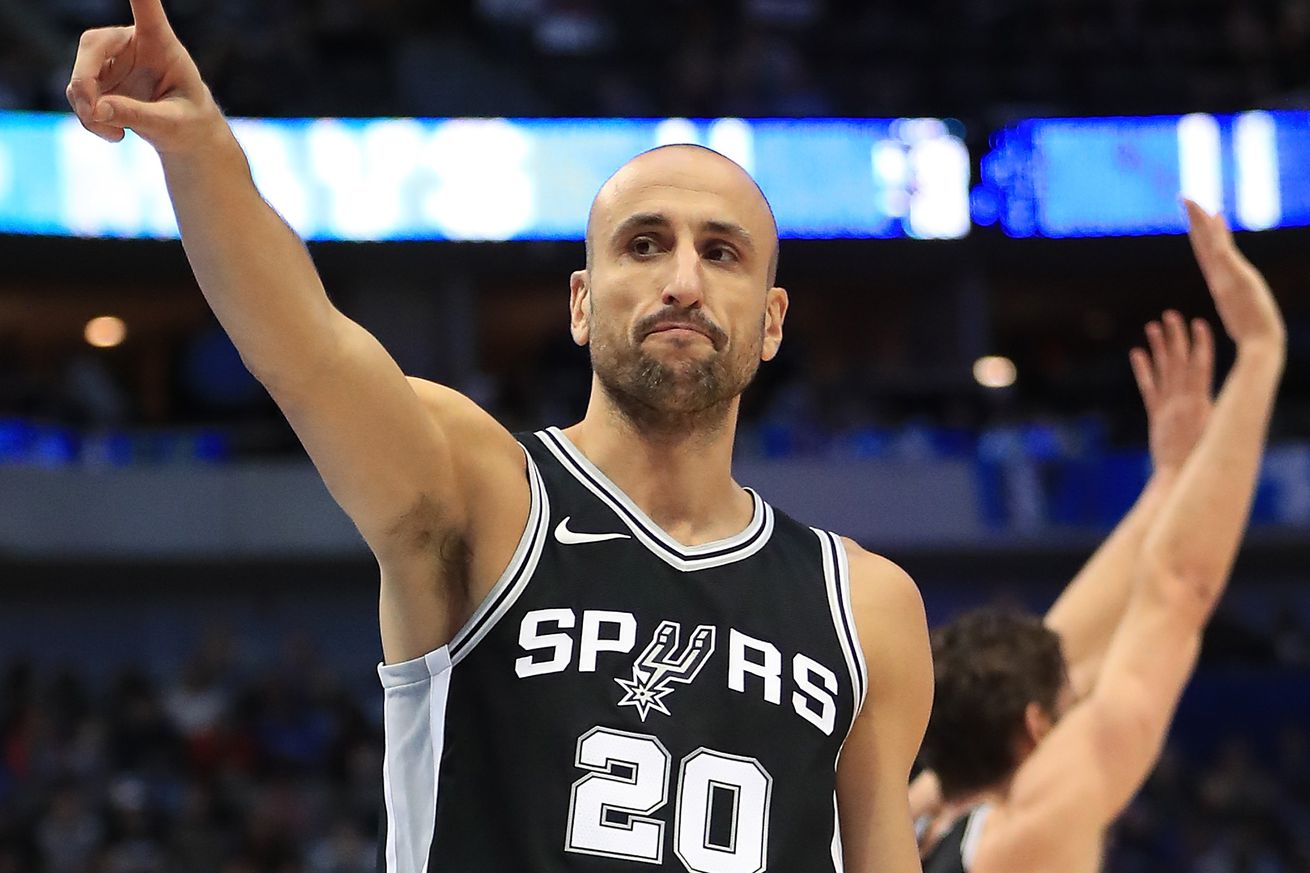 Information celebrating Manu Ginobili’s jersey retirement is still rolling in. An auction was announced via a Spurs press release yesterday:

Spurs fans will have the chance to bid for a good cause on an autographed Manu Ginobili Jersey, a signed basketball from the 2013-14 Season, signed Christmas Edition Manu Ginobili shoes, a signed Ginobili jersey from the 2017-18 season, a signed Argentina replica jersey, a Ginobili-signed basketball from the 2013-14 season, an autographed Ginobili photo from the 2004 Olympics and more. Each of the items will be on display at the AT&T Center during the Spurs game against the Cleveland Cavaliers on March 28 when the Spurs legend’s jersey is unveiled in the rafters.

Bids can be made by texting “manu” to 52182. In addition, fans can check out the action online at sbgb.org.

All proceeds from the auction will benefit San Antonio’s youth through Silver & Black Give Back.

Just another opportunity to take a piece of #20’s career home with you.