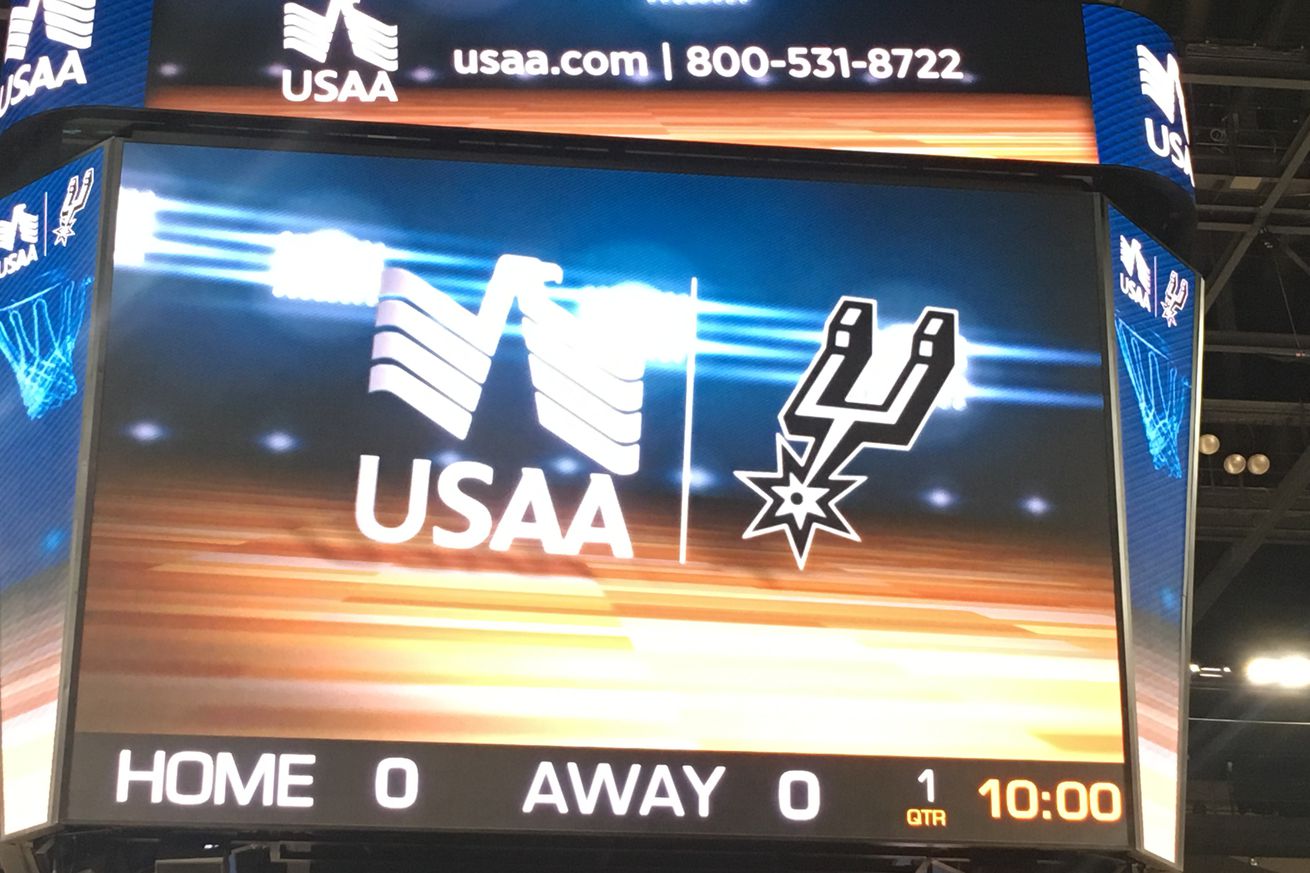 On Thursday, USAA teamed with the San Antonio Spurs to offer 50 military members from local bases the chance to train like the Spurs. The Military Training Camp temporarily placed the service members under the tutelage of Spurs assistant coaches Will Hardy and Ime Udoka.

The pairing of the Spurs culture and military personnel is not a new one to San Antonio, but it is the perfect meld of honor and dedication. The honored guests jumped right into the activities of the day and gave 100%.

Vice Admiral John Bird retired from the Navy six years ago before moving to into his position as Senior Vice President for Military Affairs at USAA. He and his team are responsible for merging this combination of service and sport. He found the day’s events “inspiring,” stating

“Seeing these young servicemen and women being so excited being out here at the AT&T Center with the Spurs and above that…to see the fans, to see the Spurs, to see this city live up to it’s name Military City U.S.A. and they do it so well. It’s inspiring as a former service member.”

The 50 military athletes started their session with a five-member weaving exercise going from one end of the court to the other passing the ball and driving to the hoop. The players were then broken into two teams. Each squad lined up for a mid-range shooting drill.

Next, the coaches taught the men and women an actual Spurs play with options and had each group of five run the play multiple times before adding in defenders.

After the sides had practiced, played some half-court, and run the play with variations they expanded to a full court version with timer and scoreboard. Over the course of two hours, the men and women of the armed service began to gel and become a basketball crew. They were communicating and pulling off plays reminiscent of the Spurs playbook.

They became a team. The essence of both Spurs and armed forces is the unity around their dedication to teamwork. And in that time, they had been pushed hard, their boundaries tested. Sweaty and out of breath but still visibly ecstatic, the team huddled together for one last unifying moment.

Considering that very few people get the opportunity to play ball on the Spurs hardwood much less work directly with the talents of men like Will Hardy and Ime Udoka, this experience in and of itself was the chance of a lifetime.

But that’s not where USAA and the Spurs end. The collective then broke off for tours of the AT&T Center which included a trip to the Spurs locker room, time with the five NBA Championship trophies, and the highlight of the afternoon, a meet and greet with Spurs guard Derrick White.

White signed autographs and took photos with the military members and their families for the remainder of the visit.

And this was just one of the many ways USAA and Spurs will be paying homage to the service of the members of the United States Army, Navy, Air Force, and Marines this week.