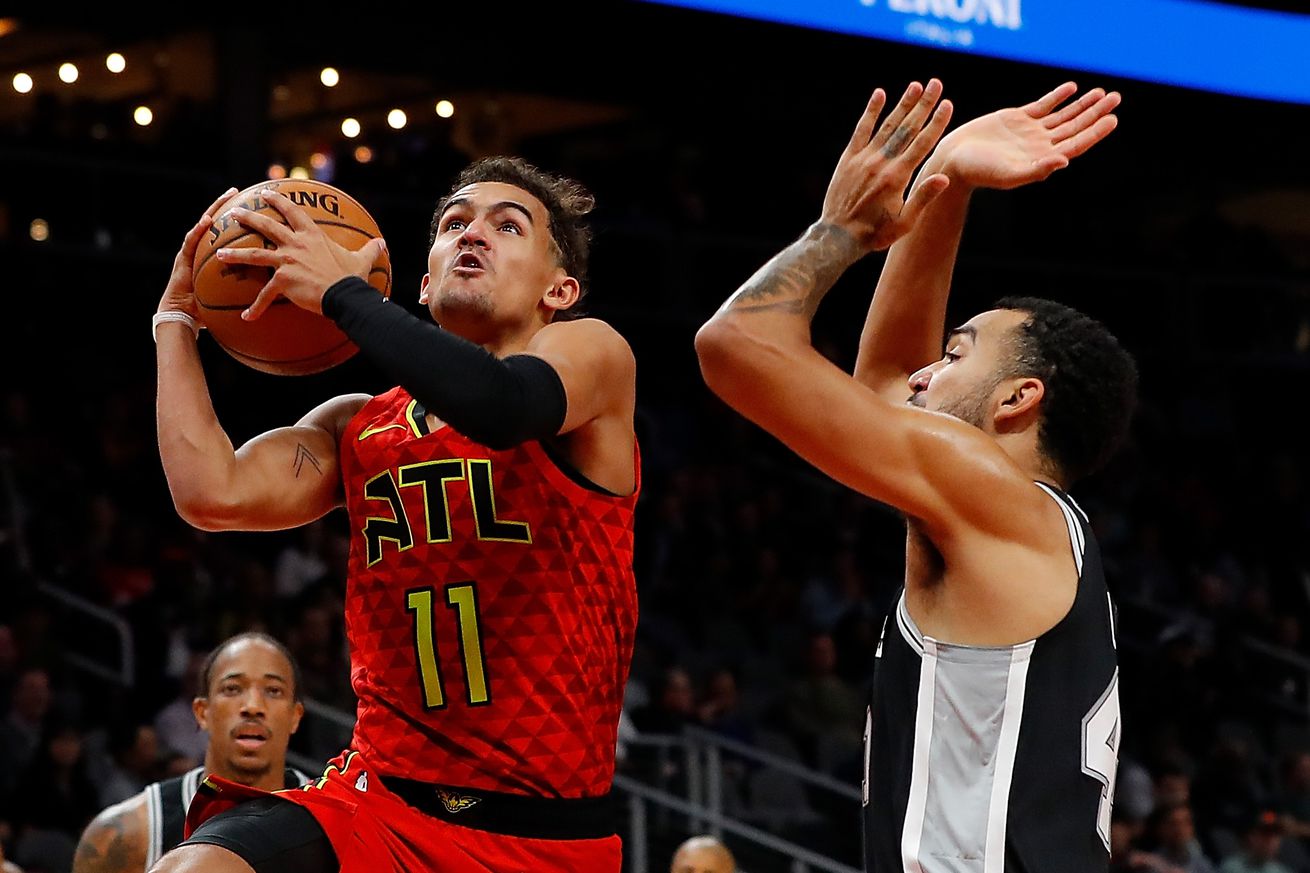 There are so many open thread-worthy conversation topics available from the Spurs loss in Atlanta last night.

First, John Collins wasn’t available, and won’t be, for twenty-four more games as a result of a testing positive for Growth Hormone Releasing Peptide-2 (GHRP-2), violating the terms of the NBA/NBPA Anti-Drug Program. When was the last time a player was suspended for such an issue? And for this long?

Second, Trae Young did not score in the first half and ended up with twenty-eight points in the game. Which begs the questions: who was the more impressive fourth-quarter point guard against the Spurs this season- Trae Young or Damian Lillard?

Third, Vince Carter played in 1486th regular season game last night. Carter, in his twenty-second season, has played more seasons that many of his teammates have been alive. Gotta show some respect for Carter’s career and longevity.

On the Spurs side, the Spurs drop their third game of the season. One consistency in their losses, LaMarcus Aldridge’s scoring. In the wins, he’s scored an average of 23 2⁄3 points per game. When they lose, LMA is averaging 9 points per game.

Despite his low scoring, he did pass another milestone last night:

LaMarcus Aldridge is now one of only three active players with 1,000+ blocks and 700+ steals.

The other two are both former Defensive Player of the Year:
Dwight Howard, Marc Gasol.

Finally, last night was Trey Lyles twenty-fourth birthday. He pulled another dozen boards in last night’s match up against Atlanta. Send the newest Spurs team member a belated shout out.