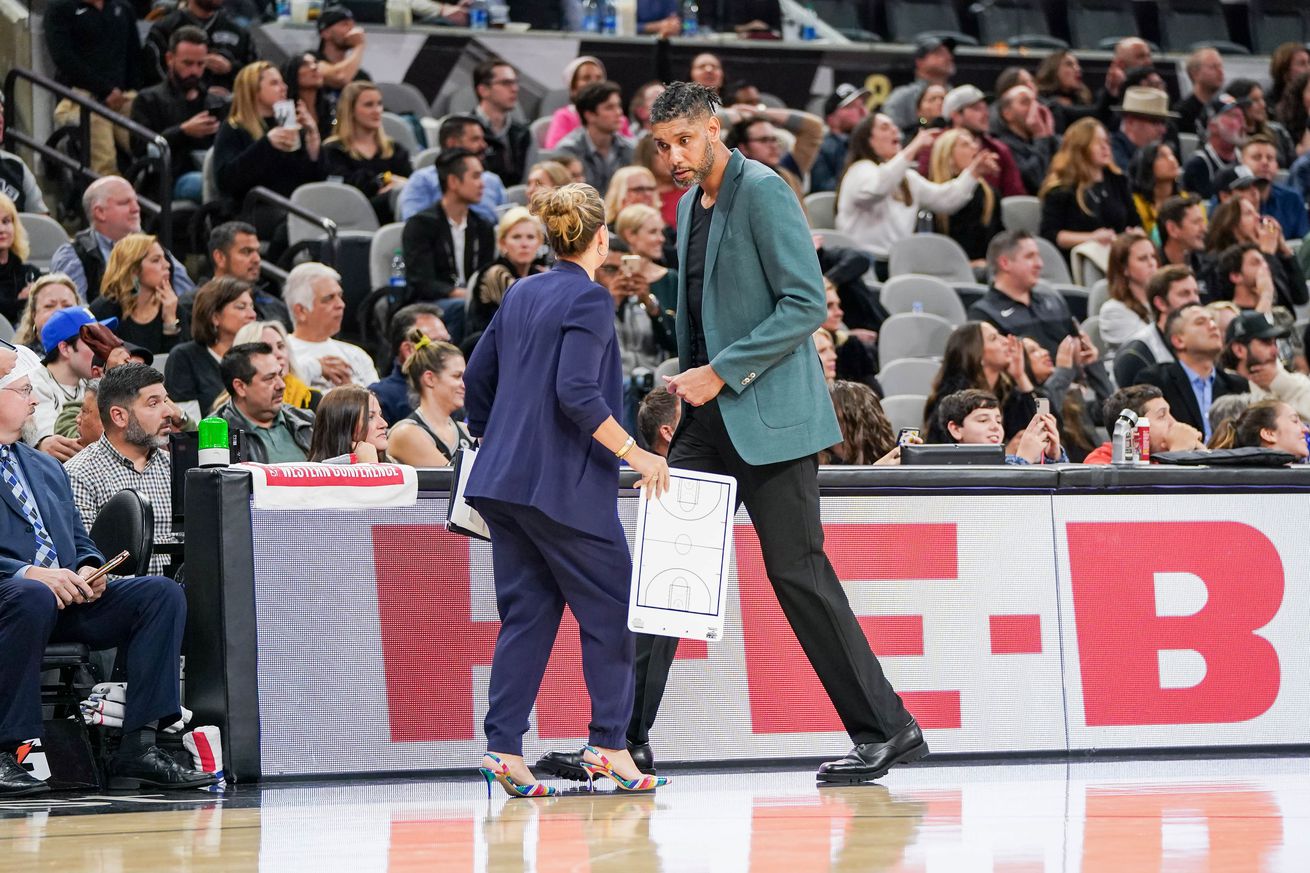 For weeks, the rumor has swirled that Assistant Coach Becky Hammon would be the first woman in all four major sports to serve as a head coach for a men’s team if and when Gregg Popovich was ejected from a game. (Okay it was always a case of when more than if . . .)

On Saturday night, Pop was ejected. In the early stages of the second half Derrick White was called for his second foul on Damian Lillard in as many minutes. This time, there appeared to be no contact, and Pop went into, well, Pop mode. Two technical fouls were quickly assessed and Pop was removed from the game.

During last night’s telecast, it was reported that the Spurs were “coached by committee” – a committee consisting of Becky Hammon, Tim Duncan, and Will Hardy. Marilyn Dubinski reported this announcement during the game.

And that was that.

So there you have it. Apparently Tim Duncan was the head coach of the San Antonio Spurs for just under one half of a game against the Portland Trail Blazers.

Instead of “the first” being Becky Hammon’s ascendance into head coaching, it should be researched whether Tim Duncan is “the first” assistant with less than one month of experience on the bench to fill in for the Spurs’ longest tenured coach.