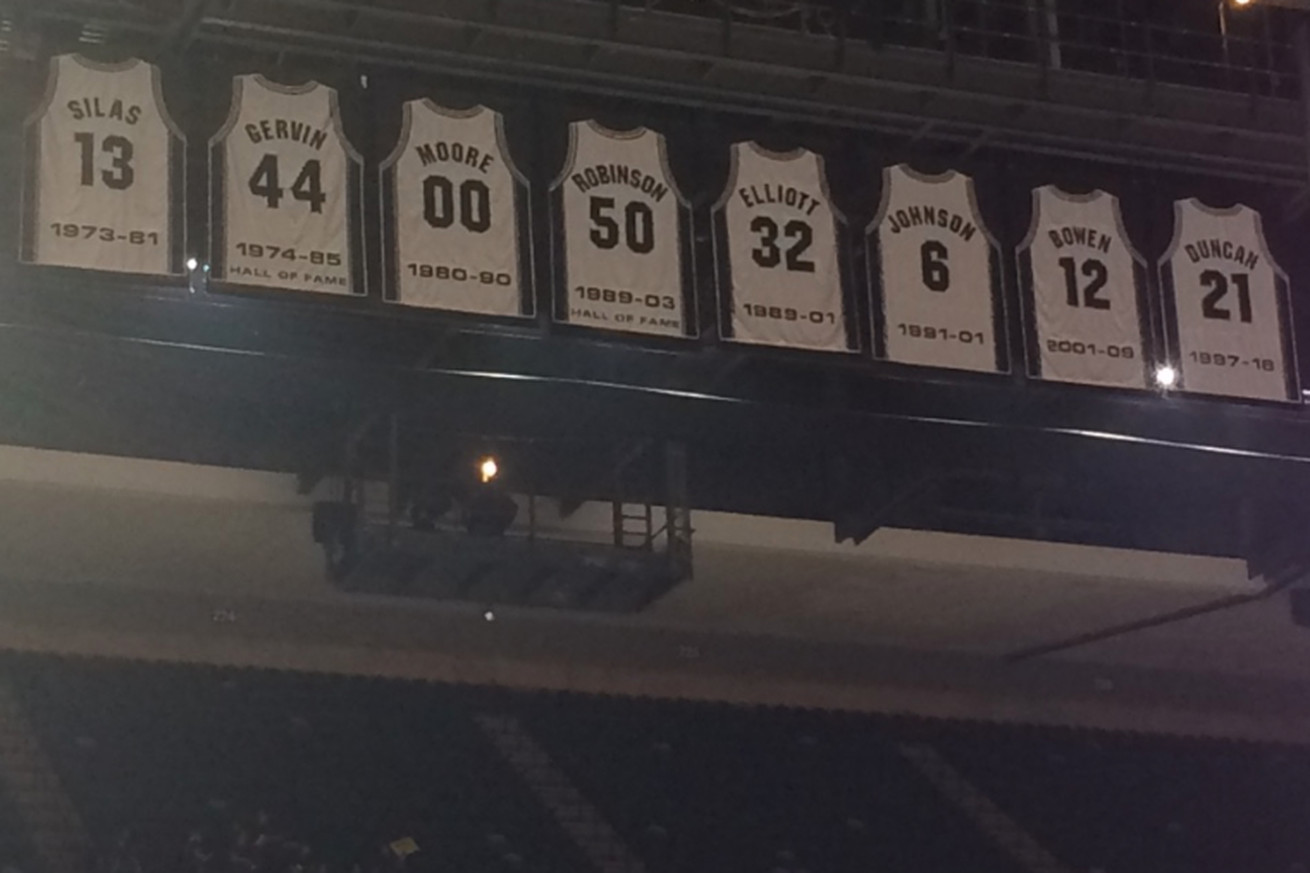 The next number to hang from the rafters has been determined…but when?

When I started writing for Pounding the Rock, I pitched a series called Hanging From The Rafters. In it, I’ve covered the Spurs players whose jerseys are proudly displayed in the AT&T Center. From the early days of James Silas, George Gervin, and Johnny Moore, on to the elder statesmen of the 1999 Championship featuring David Robinson, Sean Elliott, and Avery Johnson, through the seemingly random celebration of Bruce Bowen, and now landing on the end of the Big 3 Era.

On December 18, 2016 Timothy Theodore Duncan had his iconic #21 retired after nineteen seasons in the Silver & Black.

At the beginning of the 2016-17 season, a co-worker of mine with season tickets offered up some games. I initially signed up for the December 18th Spurs home game against the New Orleans Pelicans, but I later changed my mind as it was close to the holidays and there was another opportunity to see Anthony Davis and the Pelicans later on that season.

When it was announced that the retirement celebration for Duncan would take place on that very same date, I kicked myself for changing my mind. For one, the ticket prices skyrocketed. But worse, my instincts had told me to go to that game. I could have, should have, would have had those tickets. Alas, it was not to be.

I am hoping to avoid that with Manu Ginobili’s retirement party. I want to be there when they reveal #20 in the rafters. Short of buying season tickets which is out of my social funds availability, I do not know exactly when the event will take place. And once it is announced, again, I can expect the tickets to be priced out of my range.

So, now I have to figure out when Manu Ginobili’s retirement party will take place…before it is announced. This time, I will follow my instincts.