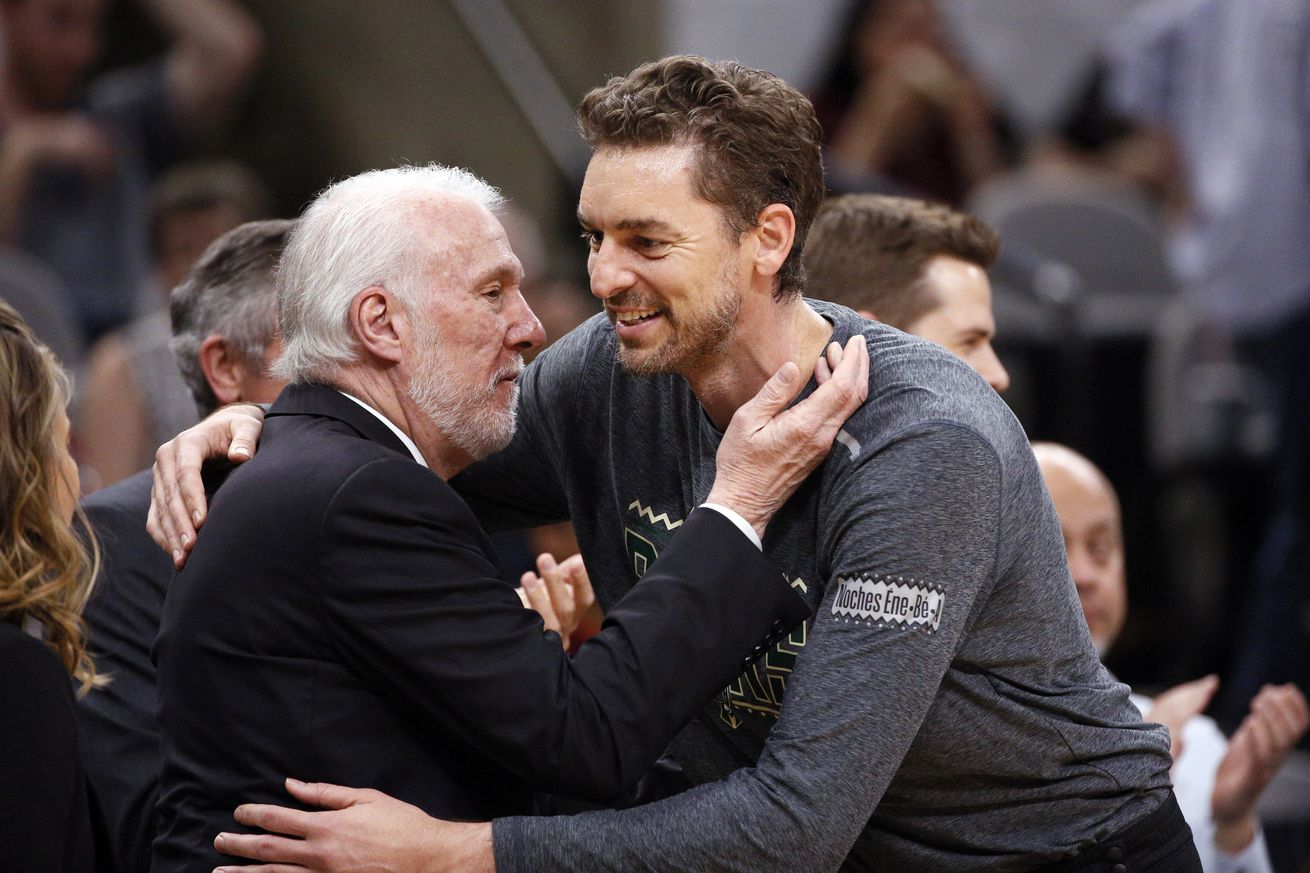 After rumors of trade requests and the eventual waiving, it’s all smiles between the Silver & Black and their former center.

Even though it’s been only a week since Pau Gasol signed with the Milwaukee Bucks, he returned to San Antonio in a sort of homecoming. He made time at the end of the Spurs victory over his new team to hug LaMarcus Aldridge, and DeMar DeRozan while Bryn Forbes and Derrick White came across the court to show their respect.

Not that Spurs fans should expect any less from the Spanish center who offered back $2.5M while being released to join a team who could offer more playing time. And play he did. Fifteen minutes, hitting a spot on 3 as has become his custom over the last three seasons. He also pulled down 3 rebounds while sparring with his compadre LMA.

The post-game embracing serves a reminder that it is just a game after all. Players come and go, but the mutual admiration these men have for one another while playing at this level is clear in these moments.

Just nice to see Spursy behavior no matter what jersey that Spur is wearing.