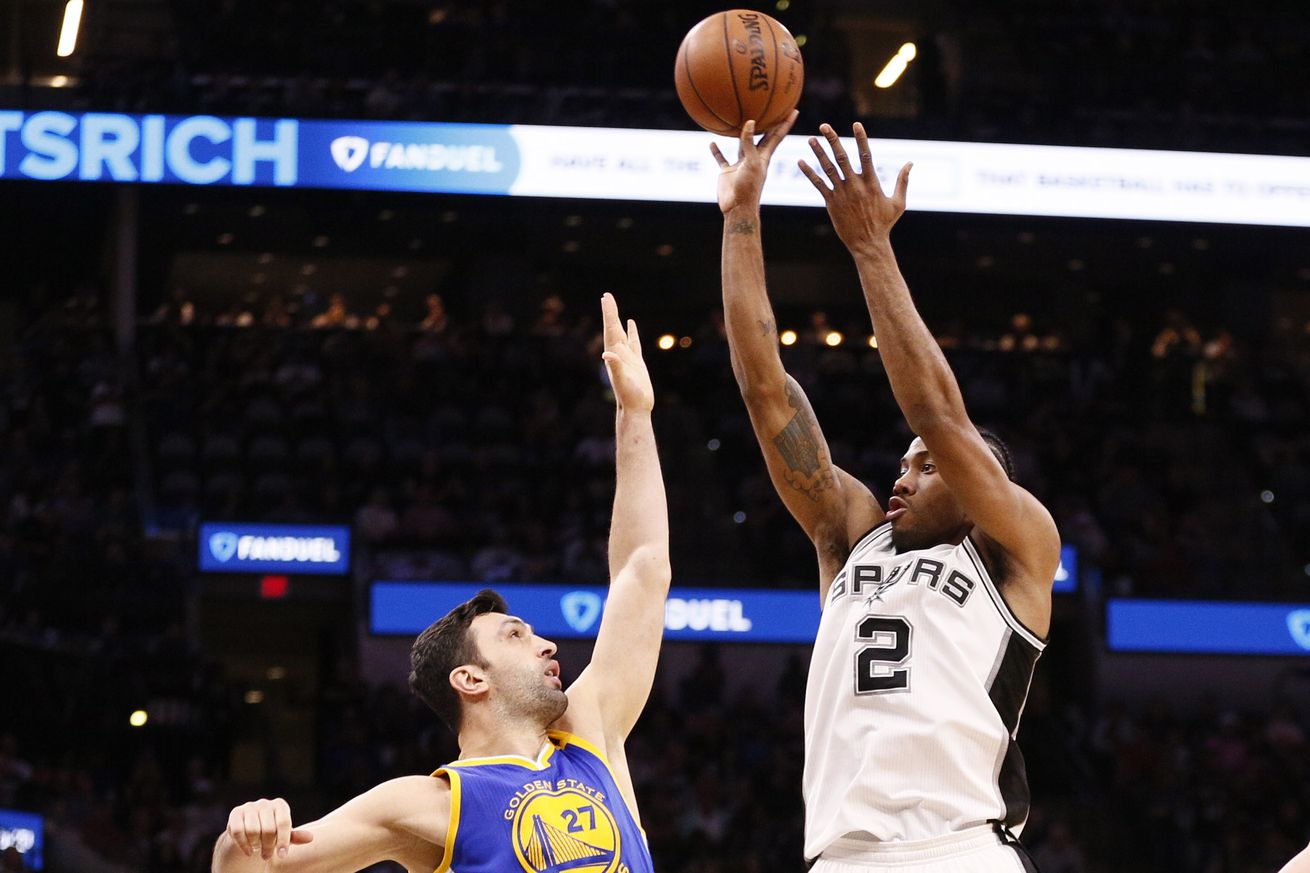 The Spurs are on the road to Detroit. The AT&T Center is quiet. Major news is Rudy Gay is out for two weeks, but Pounders are excruciatingly aware of that by now. So with a day off between gamea and little else to post about this morning, I just wanted to take a moment to vent about an article I read on Bleacher Report entitled:

Every NBA Team’s Worst Regret from the Year 2017

For those who don’t visit BR, they put out pieces that mention every team. So what did Bleacher Report see as the Spurs biggest regret?

The only real regret? Allowing Leonard to play deep into Game 1 of the Western Conference Finals.

When he landed on Zaza Pachulia’s foot and ended his postseason, the Spurs already had a 21-point lead with just under 20 minutes remaining. They’d blow that advantage while he nursed the season-ending injury and go on to get swept out of the competition. But how differently might things have gone if head coach Gregg Popovich had been more cautious with his star’s minutes in a blowout taking place just three nights after Leonard was inactive for the closeout game against the Houston Rockets?

I found this piece ill-informed. Either that, or I am ill-informed. While Kawhi did get injured, a 21-point lead with under 20 minutes remaining was not a lock, not against the Golden State Warriors. Pop knew it. And anyone who has watched the Warriors go on redonkulous streaks knew it. I can’t see any other way that would have gone.

And to be honest, I don’t really agree of the overall premise of the article. Focusing on what went wrong isn’t very Spursian in nature. Perhaps a New Year’s resolution for each team would have been in order instead of focusing on what teams did wrong. Spurs move forward, not look back.

So what do you think the Spurs should have as a New Year’s resolution? It can be for the team as a whole, or an individual player.

We’ll be doing this until the ball drops, so feel free to jump in the rest of the week and some responses for each player will be posted on New Year’s Day.

Share your thoughts in the comments below or start your own conversation in the The Thread.