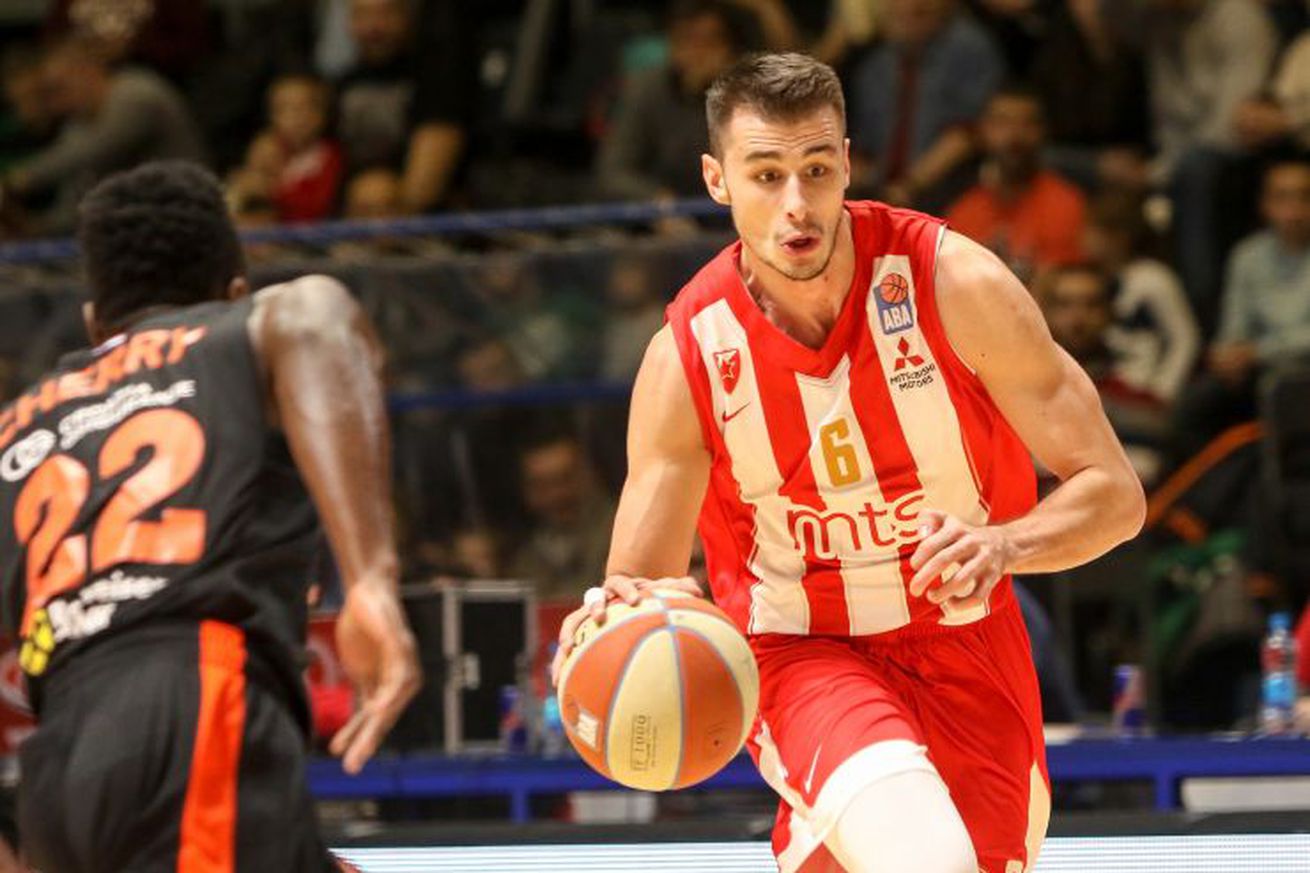 Is the 2014 draft prospect just here for a visit, or is it anything more?

Former Spurs second round pick Nemanja Dangubic is currently in San Antonio working out at the Spurs practice facility.

This could mean something — like a training camp invite — or nothing at all. It is not unusual for foreign prospects to visit the Spurs and give them a feel for where they stand. Adam Hanga and Davis Bertans also visited during various off-seasons, only to return overseas.

A 6’8” forward out of Serbia, Dangubic was drafted 54th overall by the Philadelphia 76ers in 2014 before his rights were traded to the Spurs that night in exchange for the 58th and 60th picks. Ever since then, he has been playing for Crvena zvezda in the Adriatic League, where last season he averaged 7.4 points, 3.4 rebounds and shot 47 percent from the field before suffering season-ending knee injury in March.