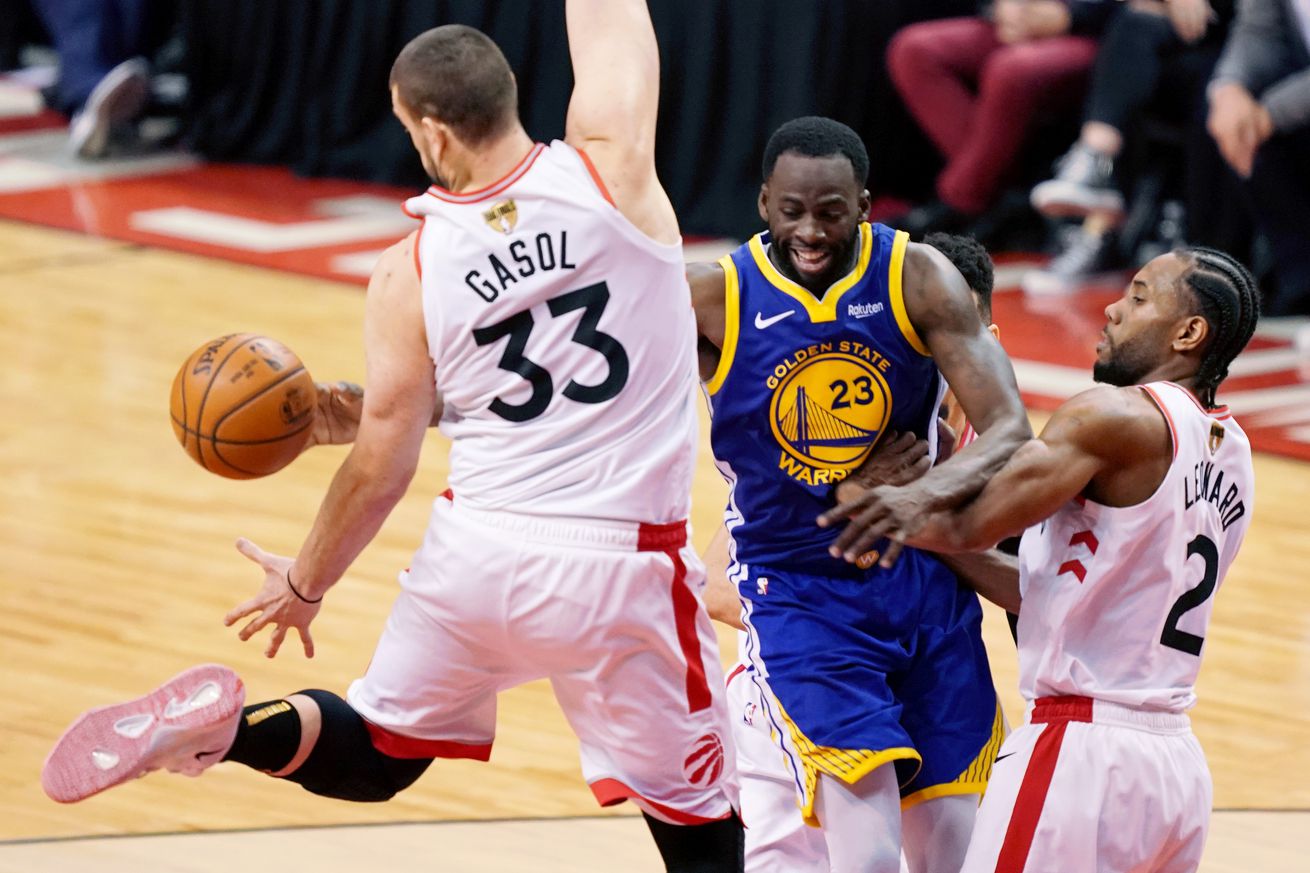 The series is tied as the teams move to Oakland, and the Raptors need a road win to contend for a title

The Golden State Warriors stole a win in Toronto on Sunday night with an 18-0 run to start the second half. Golden State has been hit with the injury bug in this series, with Kevon Looney out with a chest injury that will keep him out for the remainder of the series, and Klay Thompson with a hamstring issue that may or may not cause him to miss any time on the court, but certainly will hamper his mobility. It’s not all bad news for the Warriors, Boogie Cousins has returned and looked fairly good, and it’s possible that Kevin Durant could return tonight or in game 4.

The Raptors also have some issues, Kawhi Leonard has been struggling with a leg issue that is limiting his explosiveness, but he’s still the most dominant player in the series. If the Raptors want to regain control of the series, Pascal Siakam needs to pick up the slack for a hobbling Leonard like he did in Game 1, and Marc Gasol needs to hit shots to keep the defense honest. Go Spurs Go! [Next season.]