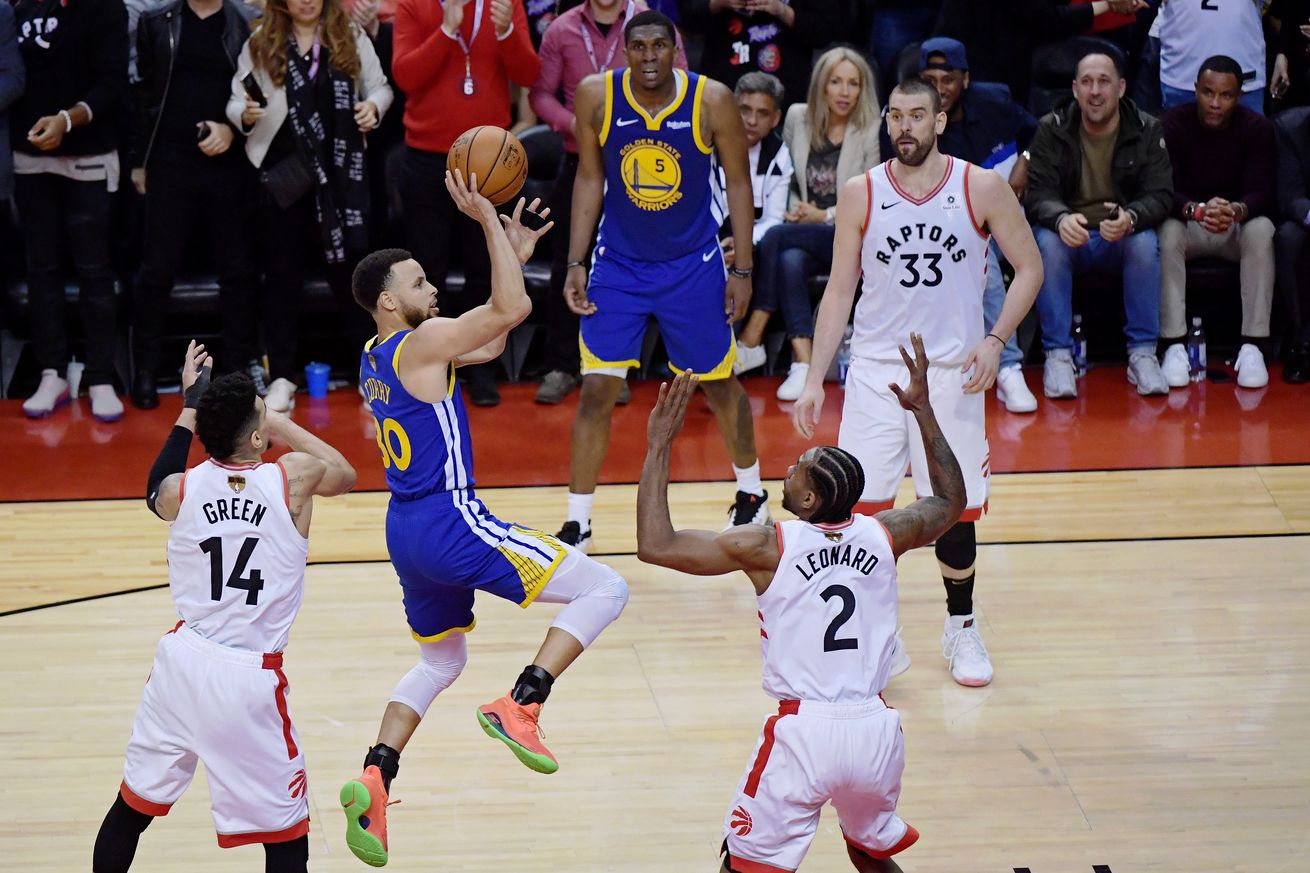 The Raptors are ahead, but they can’t drop a home game if they want to keep the pressure on the Warriors.

Pascal Siakam picked the right time to have his best game as a pro, but with Kawhi Leonard playing through injury, the Raptors need their role players to continue to play well to keep them up on the Warriors. Golden State looked a little rusty in game 1, or maybe it was because of the Toronto defense, but I expect Steve Kerr to make adjustments to get Klay Thompson more open shots, and try to get contributions from someone besides Stephen Curry. Also, leaving Marc Gasol and Danny Green wide open is not a strategy that’s been working for the Warriors, so I expect them to do a better job covering the big center and the former Spurs starting shooting guard. Go Spurs Go! [Next season.]