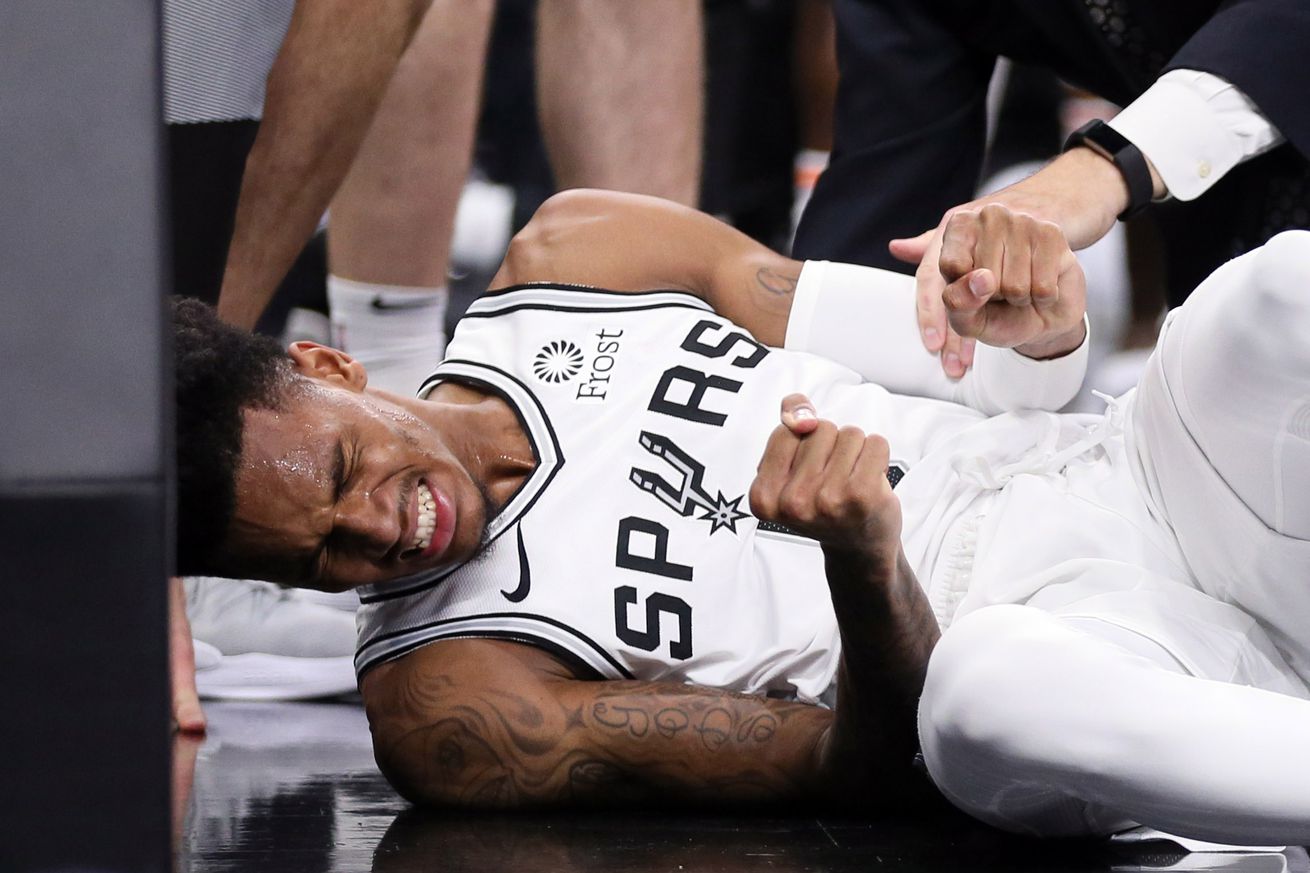 A timeline for his return has not been determined, but it will be a while.

Spurs starting point guard Dejounte Murray has been diagnosed with a torn ACL following a scary fall in Sunday’s preseason game against the Houston Rockets. He was able to walk off the court under his own power, but an MRI has revealed a torn ACL. Per the Spurs’ official press release:

Spurs guard Dejounte Murray underwent an MRI examination this morning in San Antonio that revealed he has a torn right anterior cruciate ligament. The injury occurred at the 2:47 mark of the second quarter of yesterday’s Spurs-Rockets preseason game. A timeline for his return will be determined at a later date.​

As stated above, neither a timeline for his return or any news on treatment (rehab, surgery, etc.) has been released, but we will keep you informed as we learn more. According to verywellhealth.com, the average time it takes to rehab a torn ACL is 7-9 months, although surgery can often cut the timeline in half.

Murray took over the Spurs starting point guard spot last season while Tony Parker recovered from a torn quadriceps tendon and eventually landed the spot for good. He averaged 8.1 points, 5.7 rebounds and 2.9 assists for the Spurs while starting 48 games and earning All-Defensive second team honors.

This is not the news Spurs fans wanted to hear, especially as they have also lost rookie guard Lonnie Walker IV, who is undergoing surgery on a torn meniscus today, for 6-8 weeks. We will be breaking down more on what this means for the Spurs going forward, but one thing is for certain: with the other guards — Patty Mills, Derrick White, Bryn Forbes, etc. — will all need step up to help by committee with the suddenly depleted point guard group.