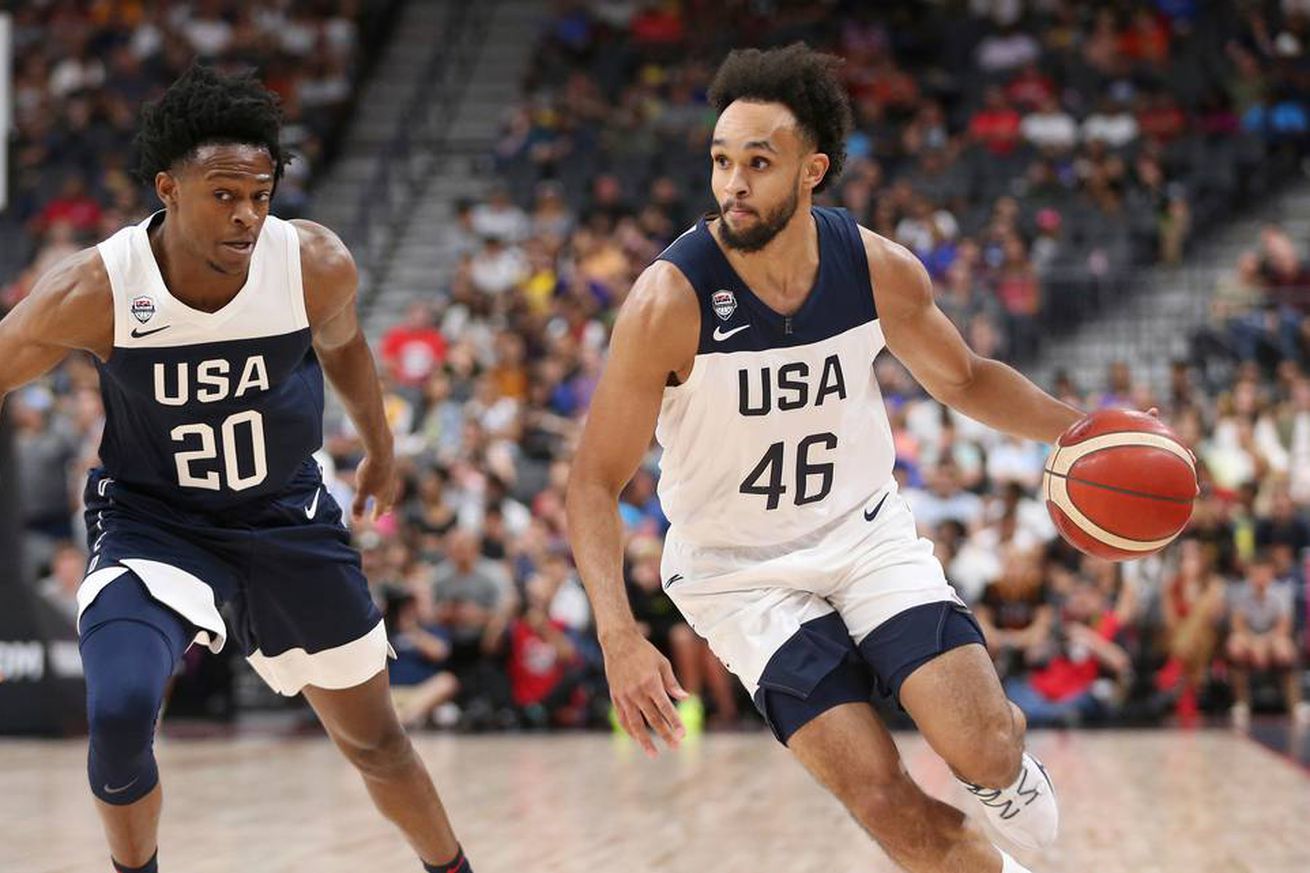 White’s potential role has been gaining importance by the day.

It is a good time of year to be Spurs fans. We are privileged to simultaneously cheer on current players and reminisce (and hopefully voting!) on the team’s numerous past playoff memories, while presumably getting ready for yet another Spur to make his debut in the upcoming FIBA World Cup!

We are also being gifted Team USA content in a manner befitting of regular season coverage by ESPN. This article by Brian Windhorst and Ohm Youngmisuk is well worth the read as they spent time pondering what the recent departure of De’Aaron Fox meant for the guard rotation, and specifically for Spur guard Derrick White.

The heartening exchange between the two writers captured White’s ascent in a short period of time.

“White has had a hell of a 12 months, no? He was in the G League mostly as a rookie. Then he got a chance in San Antonio when Dejounte Murray got hurt, and now here he is on the verge of making the national team.”

“I was sitting there in the first half watching White and thinking how I’ve already witnessed some of his best and worst in just the past few months. I covered that first-round series between the Nuggets and Spurs when he absolutely dominated a couple of games and looked as if he were on the verge of stardom before the Nuggets made defensive adjustments. And then in the first half on Friday, he had a few plays where he struggled a little before making a nice assist off penetration and then a nice floater late in he game.”

If you watched the game, you will remember that the floater came immediately after Derrick inhaled a block off of a Ricky Rubio drive at the other end.

And since no FIBA World Cup article would be complete without a mention of Pop, here’s how Youngmisuk felt about his performance so far:

“I was impressed with Pop’s mood this entire last week. He has been patient with media members he doesn’t know or see here around Team USA compared to during the regular season. He has fielded question after question and offered up some longer answers, some even with a little humor. I thought he’d be moodier.”

One of the first thoughts that perhaps came to many of our minds when Team USA was walloped by the Select Team last week was “Pop may be okay with wanting or hoping the team gets its slice of humble pie before the games that matter.” It would appear that Windhorst may confirmed that for many of us when pondering:

“Maybe it’s all part of Pop’s plan: He probably wants the team to face some level of adversity. Maybe he even would secretly be OK if they got humbled in Australia (My comment: To old friends Patty Mills and Aron Baynes!) this week. They play two games in the national rugby stadium in Melbourne in front of 50,000 people and then play the Canadians in Sydney.”

What do you think of this increased focus and recognition for Derrick White, and what are your thoughts on what the ESPN NBA columnists had to say about him?