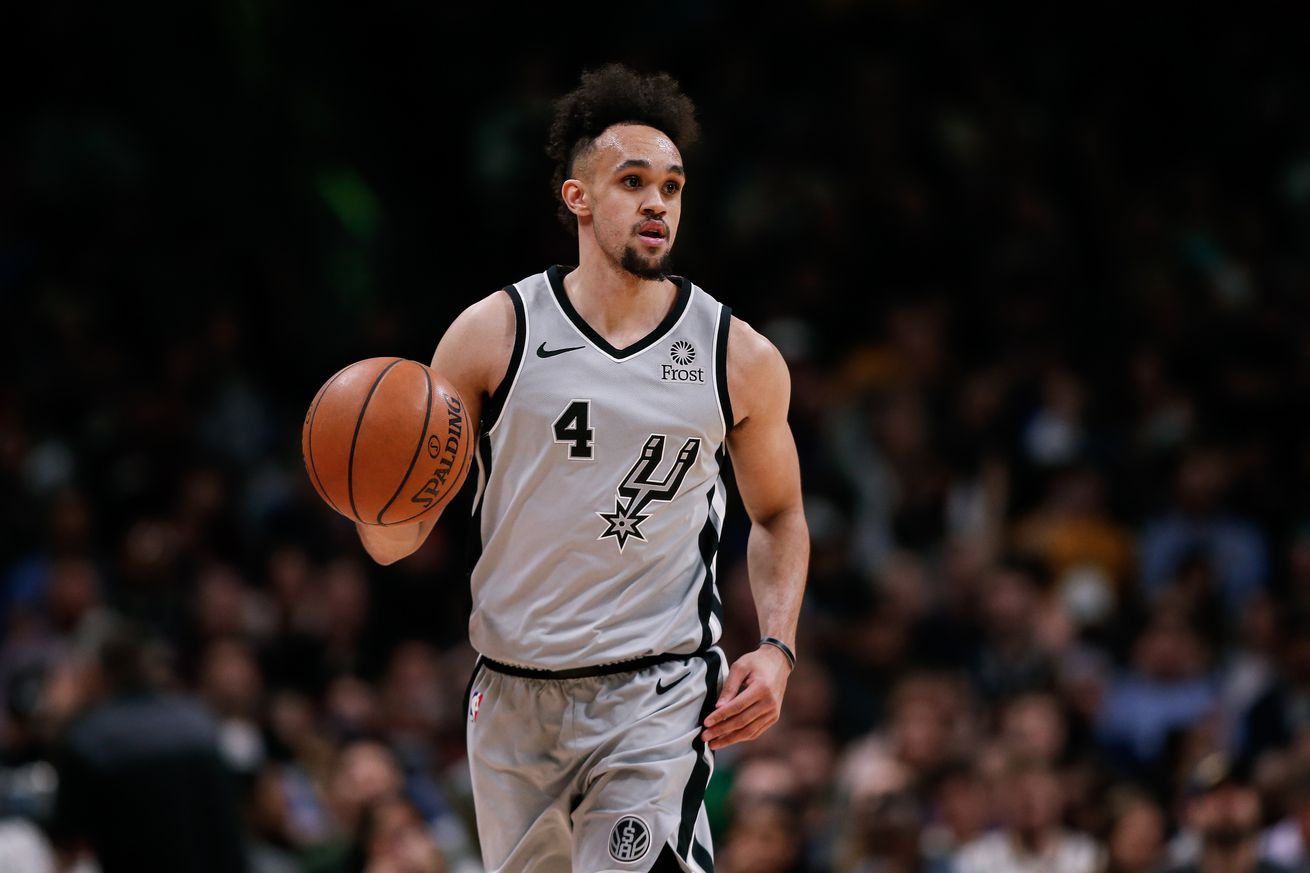 Taking a look at improvements all the young Spurs can make.

Derrick White’s emergence as a legitimate two-way threat was a critical part of the Spurs’ success this season. In just his second year in the league, Derrick proved to be a steadying force, capable of orchestrating possessions on both ends of the floor while still providing a spark with dynamic play-making.

His consistency and versatility made the team’s lineups much more flexible, as he was able to cover for limitations up and down the roster. He guarded the opponent’s best perimeter scorer almost every night, allowing both Bryn Forbes and DeMar DeRozan to take match-ups better suited to their capabilities, while still managing to post the 2nd highest block rate in the league among guards. He also rebounded well for a guard — a must when the team ran with only one big.

He also does almost everything well on the other end, from running the pick and roll to off ball movement and cutting. His deft use of pace, hesitation, and angles frequently allows him to overwhelm unsuspecting defenders with athletic bursts that leave him in open space or at the rim. Though he struggled at times with his outside shot, finishing the season at 33.8% from three, there’s nothing wrong with his form, and he shoots well in both the long mid-range and from the free throw line, so that should improve.

He has great vision and an innate feel for timing and spacing, which allowed him to finish the season with the best assist to turnover ratio on the team. While his usage was particularly low for a point guard, that’s to be expected when he’s sharing the court with DeMar DeRozan, LaMarcus Aldridge and Rudy Gay.

Still, the possessions Derrick did use provide enough evidence to indicate that he has the potential to serve as the primary initiator on a very good offense. However, to do that, he will need to become even better at protecting the ball. He’s not a good enough one-on-one player to consistently draw help, especially when matched up against an elite defender, and until he becomes a reliable threat from deep, defenders will have the option of going under screens to cut off penetration.

That’s not too big of a deal in the Spurs’ motion offense, as the combined effects of coordinated ball and player movement can offset those limitations. But Derrick has a troubling habit of giving the ball away on what should be easy plays, which is a killer, especially on a Spurs’ team that derives so much of its efficiency from playing mistake-free basketball.

Derrick committed 97 turnovers this season, 3rd highest on the team behind DeMar and Rudy. For his position, that’s not a bad number at all. He turned the ball over on 12.3% of the possessions he used, per Cleaning the Glass, slightly below average for a point guard. He has good vision and an advanced understanding of the geometry of the floor, and many of his turnovers were the product of a little too much aggression. Those are mistakes the Spurs can live with.

However, he also gave the ball away far too often on relatively simple plays. He especially struggled on entry passes and alley oops. The worst of those are easy passes that he just throws away.

These are inexcusable mistakes, but it’s fair to point out that this was Derrick’s first season as a starting point guard. It takes time to adapt to the speed of the NBA and the more he plays with his teammates, the better he’ll understand their tendencies. This is low hanging fruit, and something Derrick should have pretty much solved by the time next season rolls around.

As with all players, there are other things for Derrick to work on. He needs to trust himself to find a seam or an opening and keep his dribble alive until he does. Far too often, he found himself stuck and either picked up his dribble in a bad spot or committed to a shot or pass that was no longer available.

He also committed more than a few frustration fouls and frequently found himself on the bench in foul trouble when the team needed him on the court. Understanding how important he is to the team, and thus working to keep himself on the court more, would be a very easy way to make the team better.

That being said, for a second-year player who was thrust into a starter’s role in a season already destined to be fraught after the most tumultuous year in franchise history, Derrick’s performance was remarkable. The Spurs still have some questions of fit to resolve as they work to sort out an apparent logjam at the guard positions, but there’s no doubt that Derrick is one half of a dynamic back-court that should keep the Spurs relevant and competitive for the foreseeable future.

More assertiveness with the ball will take Derrick White to the next level
Source: Pounding The Rock