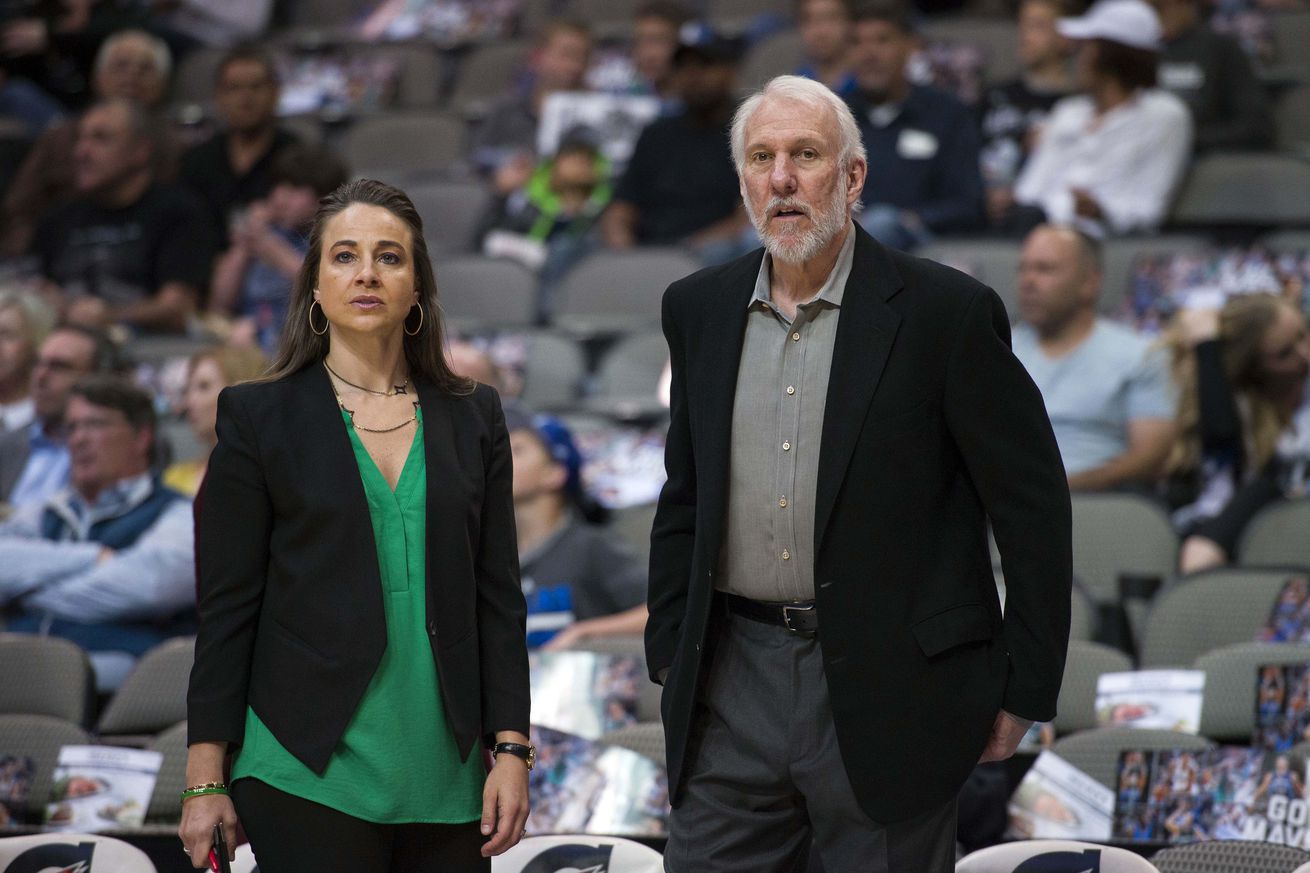 The Milwaukee Bucks have contacted and will interview San Antonio Spurs assistant coach Becky Hammon for the role of General Manager, Adrian Wojnarowski of The Vertical reports.

Hammon has been added to a growing list of candidates as the Bucks have expanded their GM search, and after making history as the first woman to be a full-time assistant coach in the NBA, she could become the first ever female general manager of an NBA franchise.

Although she has zero front office experience, Becky has worked closely for three seasons now with Gregg Popovich, who is not only the coach but the President of Basketball Operations in San Antonio. The report says the Bucks plan to being formal interviews on Monday, so expect more developments of this next week.