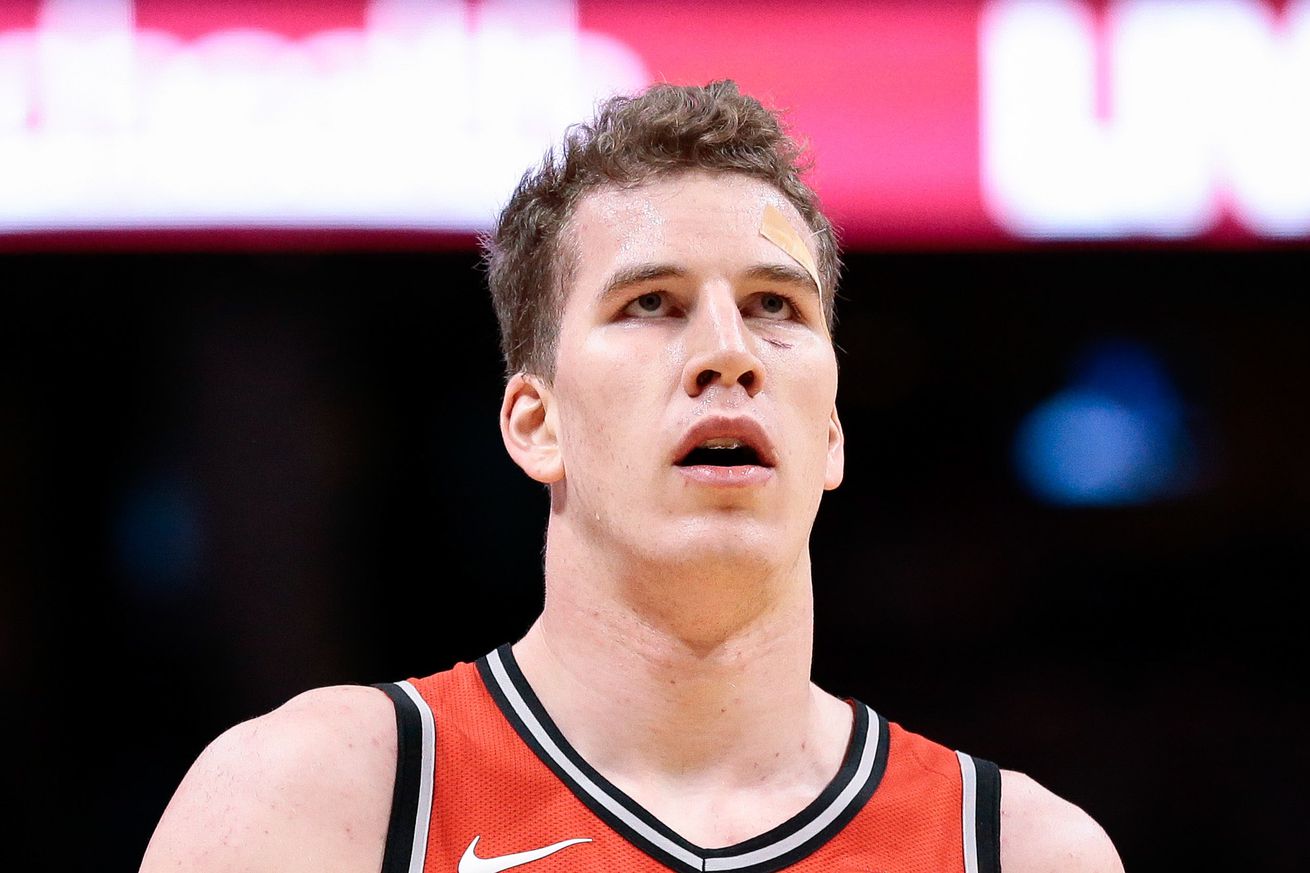 “The other guy” on the Kawhi Leonard trade could be a valuable piece for the Spurs.

The Kawhi Leonard saga is over. The star wing is now a Toronto Raptor. The Spurs pulled a trigger on a deal that brings back an All-Star in DeMar DeRozan, along with Jakob Poeltl and a first round pick.

Most fans will be familiar with DeRozan, as he’s been in the spotlight for years. Poeltl, on the other hand, is probably an unknown to many. Some might have even been disappointed that he was the one included instead of OG Anunoby. Yet there’s a lot to like about the 23-year-old center.

Poeltl has the potential to be an elite defensive player. He’s not an athletic freak like some of the league’s best big men, but he’s light on his feet and smart about positioning. Despite not having long arms or a huge standing reach, the Austrian big man is a great rim protector. As a sophomore he averaged 2.4 blocks per 36 minutes, the exact same number as the Rockets’ Clint Capela. He contested a whopping five shots at the rim despite playing just 18 minutes a game, and allowed an extremely stingy 53.6 percent on those looks. Poeltl might not look the part of a defensive anchor, but he could become one.

Modern NBA centers can’t settle for just being good defenders inside. They have to be able to step outside and guard shooting big men and smaller players on switches. Poeltl is capable of doing both better than you’d expect from a 7”1’ center. He’s surprisingly agile for a player his size and smart beyond his years. He typically makes good reads and reacts quickly to shutdown the offense’s first choice. When he faces elite offensive players, he’s under control and sticks to the game plan, whether that means chasing them off the three-point line or dropping back to contain closer to the bucket.

There’s nothing flashy about Poeltl’s defense, but he’s extremely effective. In that regard, he reminds me of former Spur Tiago Splitter. The difference is San Antonio is getting Jak at age 23 and with no mysterious calf injuries. He could really become a linchpin for the Spurs on defense.

The rest of Poeltl’s game, unfortunately, is more of a mixed bag. He’s diligent at boxing out but a poor defensive rebounder, which might limit his positive impact as the only big man on small lineups. He has no range on his jumper nor a reliable post game, which will make him an awkward fit with all the Spurs’ big except for Dante Cunningham. He might be able to eventually develop into a more dependable small ball center or diversify his offensive arsenal, but it’s hard to see him becoming a truly great rebounder or a featured offensive option. Poeltl — again, not unlike Splitter — projects to be a very good role player, but not a star by any definition.

As long as the Spurs don’t try to force him out of his comfort zone too much, however, Poeltl should be an asset despite his shortcomings. The little things he does on both ends add up. He’s already a terrific screener, an underrated skill. The Spurs’ scorers should get separation when he steps outside to set a pick. Last season he finished 10th in the league in screen assists. His elite offensive rebounding would have been squandered on past iterations, but Gregg Popovich is now letting the bigs crash the glass. The Spurs finished last season sixth in offensive rebound percentage and could climb higher with Poeltl getting minutes.

San Antonio has also been missing a legitimate dive man off the pick and roll, a role Poeltl can fill, despite not being a lob threat and turning the ball over a little too often. He’s just good at making himself available and shot a tidy 65 percent as a pick and roll finisher.

Poeltl is not great at drawing fouls or creating open three-pointers after a short roll consistently, but he’s a good enough finisher to be an asset on the pick and roll. If his interior passing develops further, he could be a killer addition to a second unit that has traditionally moved the ball well.

It’s hard to get too excited about a player like Poeltl. What he does well is subtle and his upside is not all that high. In the context of a trade that was supposed to land the Spurs a young would-be star, he feels like a consolation prize at best, living prove of San Antonio’s lack of leverage at worst.

Yet there’s plenty to like about the newest member of the team. Guys that make the team better despite not shining as bright as others individually are valuable. The Spurs got one such player in the Kawhi Leonard trade in Jakob Poeltl.

Now it’s on them to put him in a position to succeed and develop to his full potential. If they do, he could play a big part in the franchise’s future.