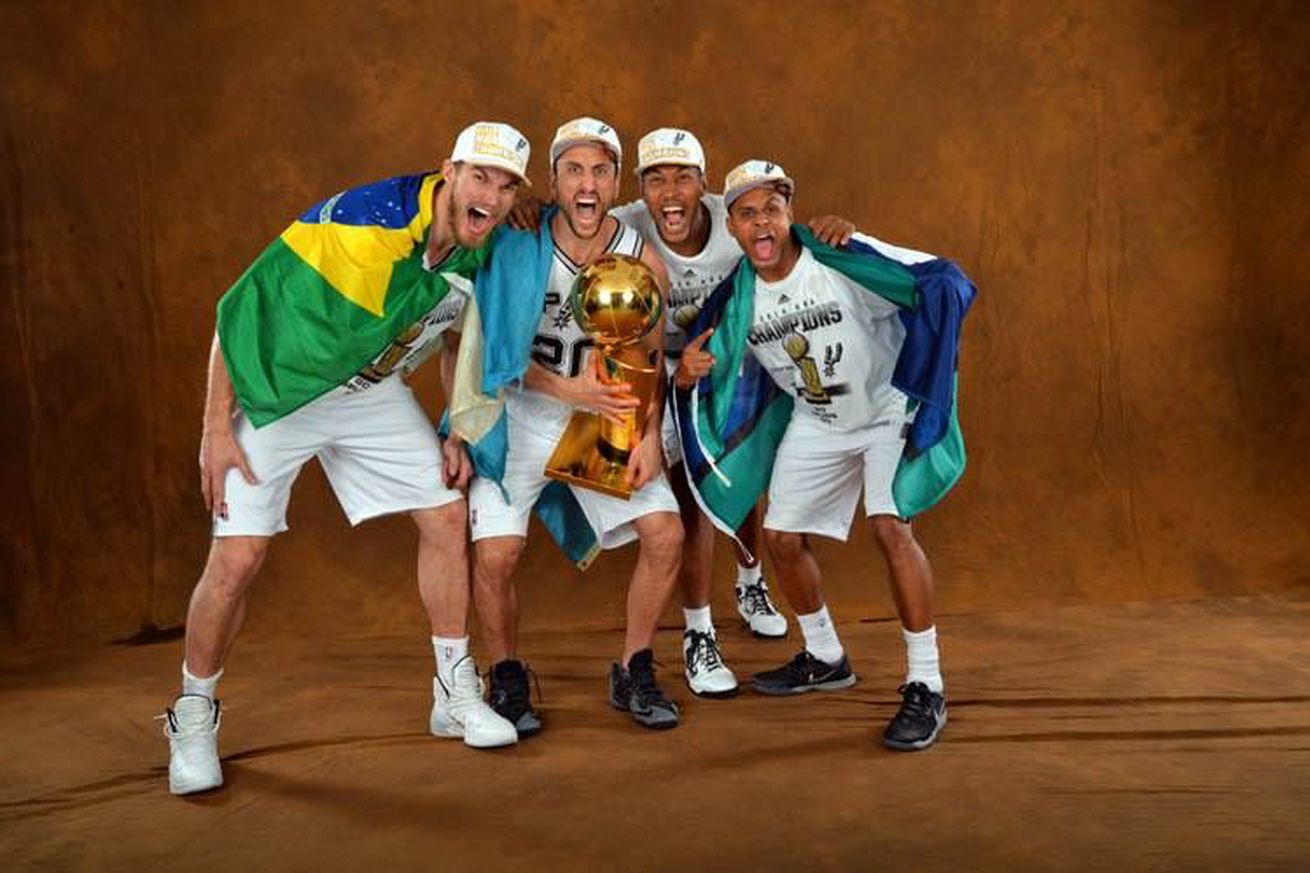 The Foreign Legion is back to beat LeBron and pals once again.

I don’t know if you notice but the hot dog wiener boat is sinking in the back, not in the front…..#wienerboatboys#happydivers pic.twitter.com/6S8pTUlRxK

That’s right: that’s Spurs legends/2014 champs Boris Diaw, Tiago Splitter, Patty Mills and Manu Ginobili riding an inflatable hot dog (likely in the Caribbean since Diaw and Ginobili were in the U.S. Virgin Islands for Tim Duncan’s annual celebrity basketball game this week). Diaw is also quick to point out that his weight is not affecting the buoyancy of the float, throwing a little shade at the much more svelte Ginobili in the process.

If you ask me, this leaves the Banana Boat Boys in the dust. If you need a reminder, back in 2015 a photo surfaced of LeBron James, Dwyane Wade, Wade’s Wife Gabrielle Union, and Chris Paul on a banana boat together, with Carmelo Anthony on the trip as well. While this led many the speculate that the group might be considering joining forces, it never happened.

How much more fun are the Hot Dog Boys having? (And before you ask, we’re sticking with that over Diaw’s hashtag because this is still a family-friendly blog.)

It’s amazing seeing these guys still having so much fun together even as three of the four are retired. The Foreign Legion will always be a a big part of Spurs lore. They helped win the most satisfying of championships and inspired a new era of basketball with their ball movement and unselfishness. You can also add their ability to be one of the best things on the internet to that list of accomplishments.