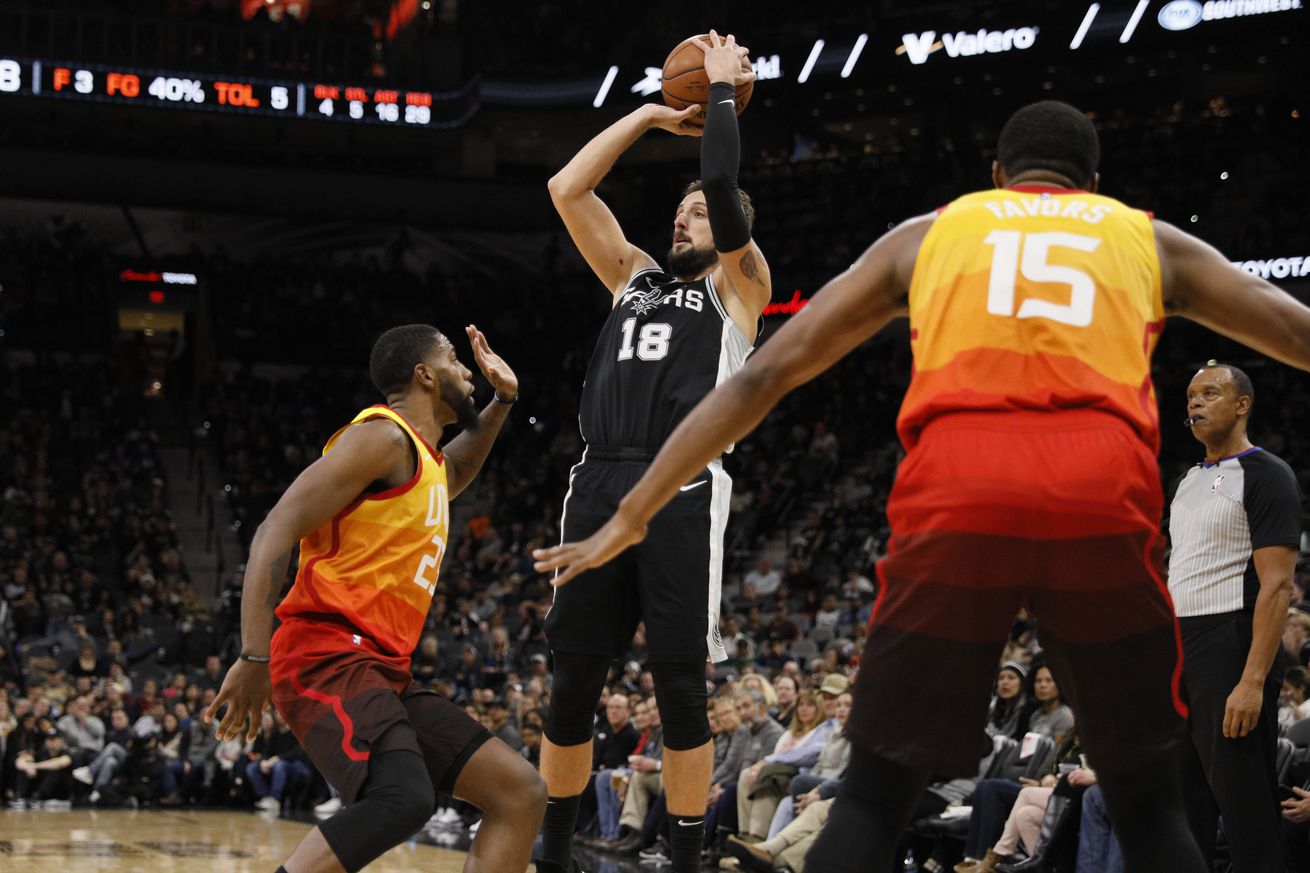 …and other enjoyable observations from this season.

Part of the fun of watching guys like Manu Ginobili, Boris Diaw, and Tony Parker was that in any game you stood a decent chance of seeing an offensive technique that you had never seen before. Marco Belinelli is in that club. One of the techniques that I’ve enjoyed watching this season is his one-dribble coming off screens going to his right. Just watch the 12 and 50 second marks in the below video and observe the distance he sometimes pushes the ball away from him if the space is there and the Spurs run something to his right. (Side note: he is really good shooting to his left, which is unusual, and the Spurs have been running a lot for him to his left as the season has progressed so it’s become harder to see him doing the move now.)

The other is the degree of upper and lower body separation on his shots. It’s certainly not what any fundamental basketball coach would teach, but if you watch the top third of his body, and especially his shooting arm on most of his crazy shots, you’ll see that it is pretty still and pointing directly at the rim while his lower body is all over the place. (See the 21 sec mark below.)

As well as this slow-motion clip of a shot from Saturday night’s game.

Marco’s body control and shot-making is kind of otherworldly. pic.twitter.com/gD1fWX2GeN

Other than lots of reps coming off cuts, the only things I can identify in his mechanics are the amount he brings the ball back and the amount he flings it forward, even using his guide hand, which largely circumvents the “power from your legs” principle (aka Larry Bird or Peja Stojakovic vs. the prototypical always elbow in single motion Steph Curry).

Belinelli’s shooting form isn’t the only thing out there that catches my eye. Here are some other honorable mentions observed from this season so far: