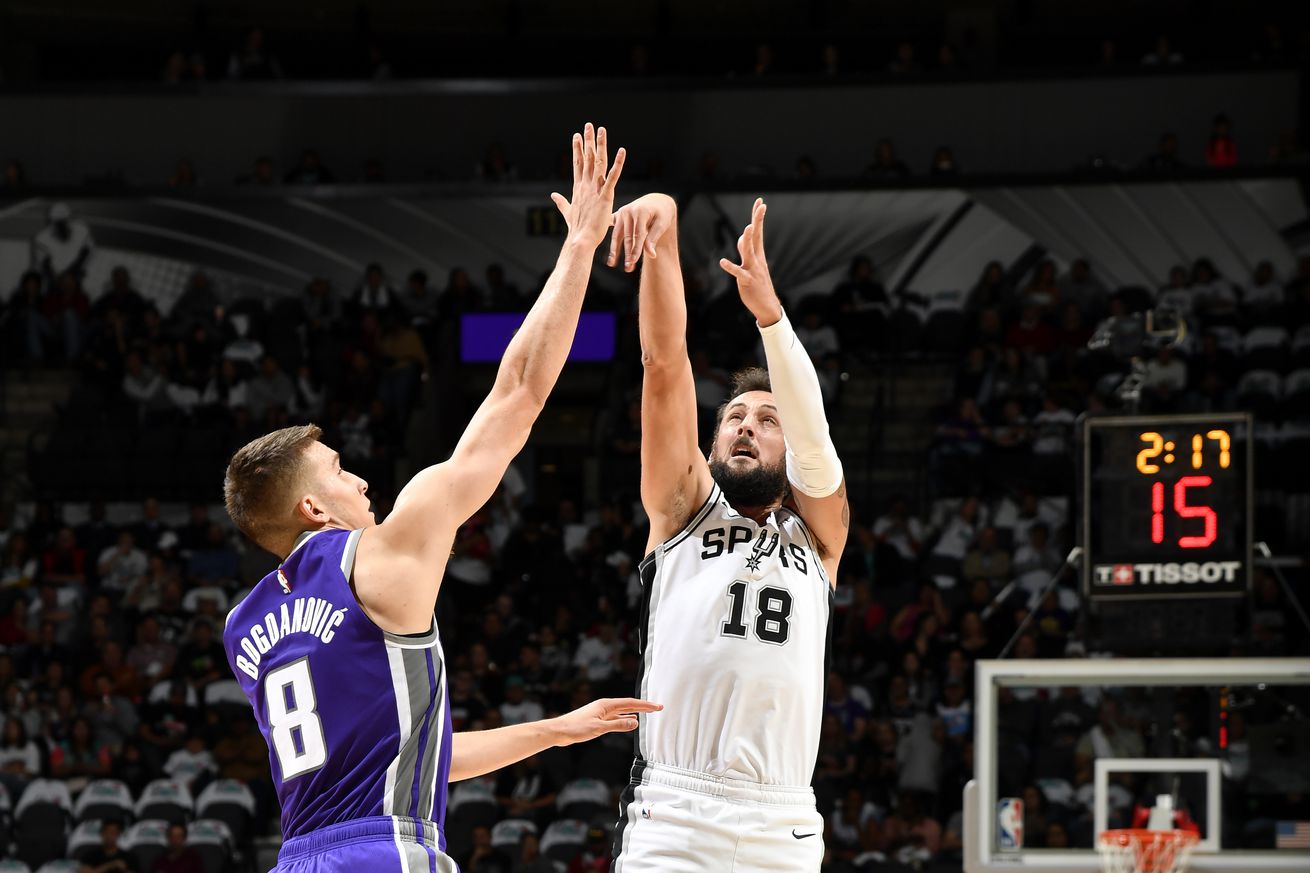 An unusually slow start to the season from both Marco Belinelli and the San Antonio Spurs has leveled heaps of harsh criticism at the herky-jerky shooting guard. Fans, myself included, fumed at the thought of prized prospect Lonnie Walker IV riding the bench while the thirteen-year pro strung together a collection of ineffective games.

Belinelli was once a fan favorite for his role on the 2014 “Beautiful Basketball” title team, but as many players have discovered throughout the years, the NBA is a business of “what have you done for me lately?” Unfortunately, when it came to the Italian, his list of recent contributions was relatively nonexistent.

Fans had largely turned against him this season, and after a breakout performance from Walker against the Houston Rockets, it was beginning to feel like Marco’s minutes in the rotation might be numbered. Or at least it did until Friday night.

Marco Belinelli was just San Antonio’s sixth-leading scorer against Sacramento, but his 11 points were crucial to their success. Eight came in the second quarter as the Spurs built a ten-point halftime lead, and his final bucket was a game-tying three-pointer to force an improbable overtime period.

Marco Magic!@marcobelinelli sends it to OT tied at 100. #GoSpursGo pic.twitter.com/kbe1mwvHyk

Although Marco may not deserve to play 20 minutes a night anymore, that doesn’t mean he should be cast aside altogether. He’s still useful in spurts, and our young guns can afford to pick up on his mastery of movement without the ball.

Watching the entire AT&T Center rise to their feet for Beli as he drained a long-distance bomb was heartwarming after 20 games of struggling to find his form. And hearing Bill Land release a triumphant “MAMA MIA” over the television was music to my ears.