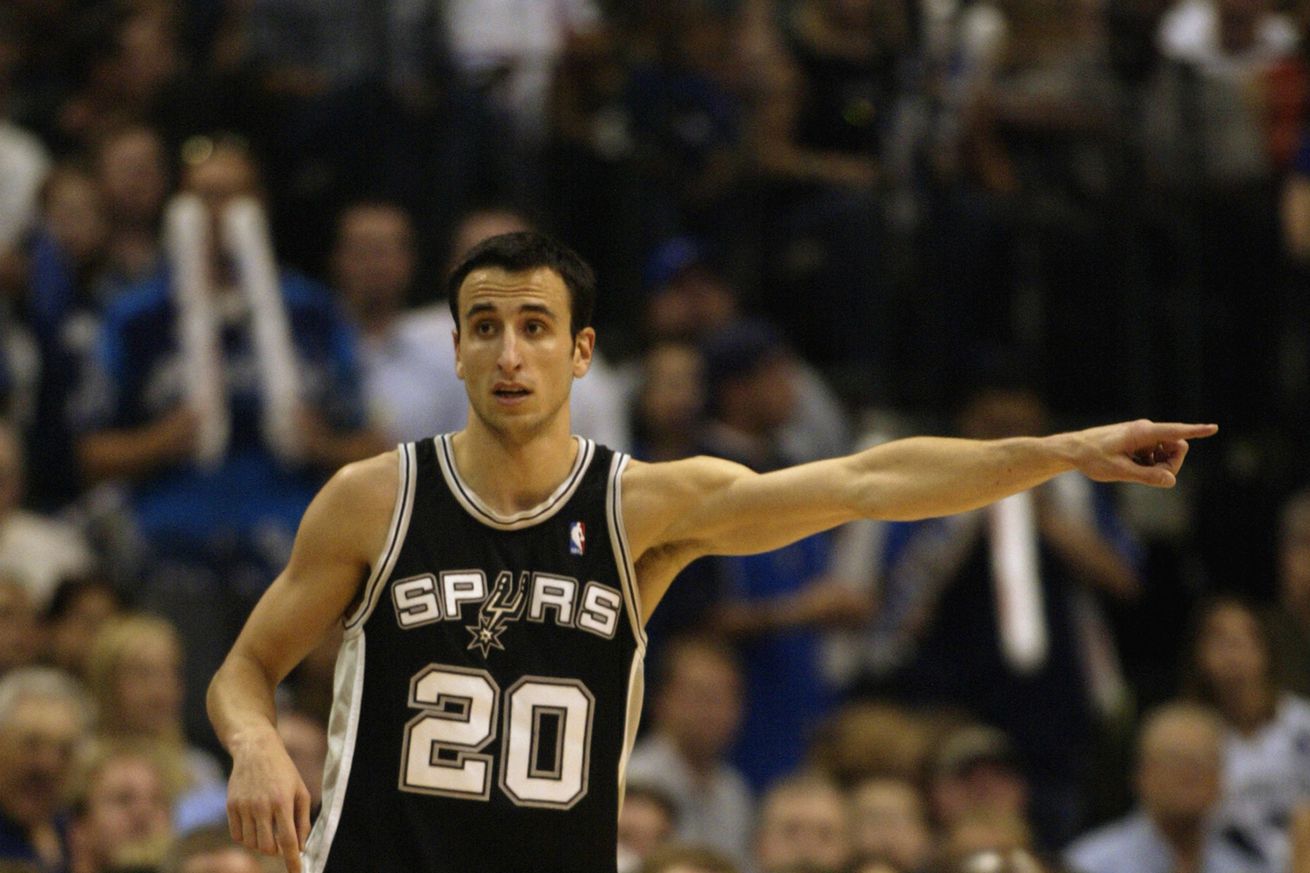 Ginobili wasn’t the most accomplished member of the Big Three, but he was the most beloved.

The best part of writing about Manu Ginobili can also be the most challenging: it’s far too easy to slip into hyperbole. More than most players, the retired Spur’s legacy skews heavily towards qualities like grit, selflessness, and style. While that’s always translated into spirited blogging, it muddles how to reconcile his wider impact in more tangible terms — which is something you might find yourself doing on the eve of his jersey retirement ceremony.

Ginobili was the least decorated member of the Big Three yet almost certainly its most beloved, although such things are also hard to prove. Like much of what he brought to the table through 16 NBA seasons, the truths are subtextual, in the way a person’s lilt picks up or their eyes swell when mentioning him, how an arena erupts when he takes the floor, and how the fervor that follows him outweighed his relatively humble statistical production.

In the absence of sufficiently meaningful stats, and in assessing a career that includes titles on the Olympic, European and NBA level, all the mind can do is revert back the only tangible that matters — winning. Manu’s per-game averages, barely worth listing, now serve as another point of pride in the eyes of Spurs fans, a reflection of the role he embraced for the greater good as well as the longevity of his career, extended through last season by the same will that never relented whenever he was on the floor. If he were constituted differently, he certainly would’ve collected more than two All-Star Game appearances and would be sitting higher than 166th on the all-time scoring list, but in that case he would not be the same Manu.

That figure is one that Gregg Popovich’s copped to struggling with initially, the young player serving as an unconventional counter to a crew-cut system of fairly perfunctory parts. He was “a wild colt,” as R.C. Buford described him as a rookie, joining the Spurs three years after being nabbed with the 57th pick. It didn’t take long for him to prove himself as a worthy gambit to unleash on the floor. “We were a good team, but we were a little vanilla. Manu gave us a whole different dimension,” said Steve Kerr.

On Thursday, a fanbase gets to collectively celebrate Manu one last time. The overtures will represent a final release of sorts for a career built on tension and release; drama and realization; a gravitation towards big moments and the ability to own them, most of the time. Every size-up dribble, feint, pirouette, step-back, behind-the-back and dunk was a pinch or tug on the heartstrings, an application of wits so developed that they served as an extra muscle, one that remained as strong as ever through his final season even when his body — increasingly stiff and sinewy than — tried to hold him back. As a sports fan, you don’t get always get to pick a winner, but you can pick the heroes that take you along for a ride. Manu ended up embodying both.