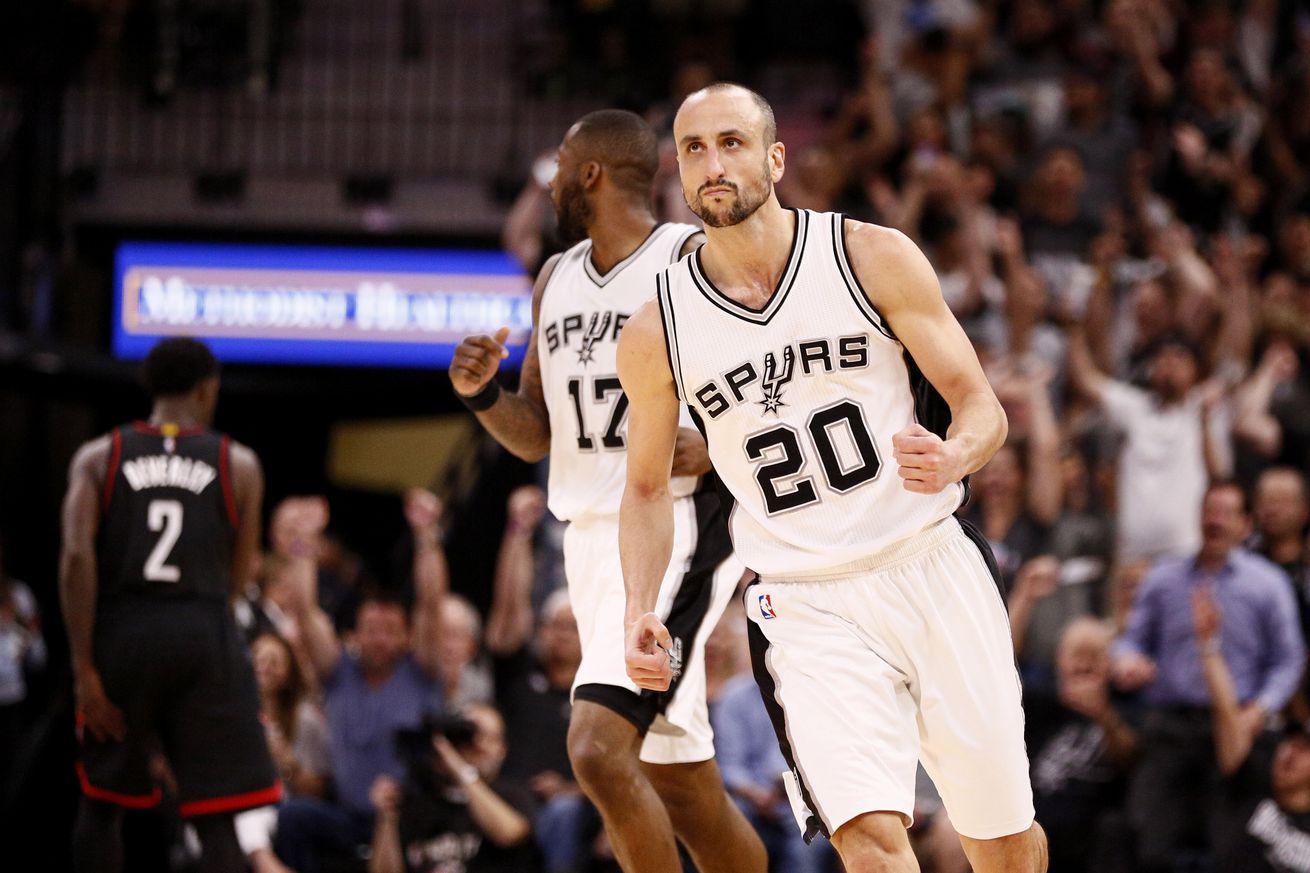 Happy Birthday to the one and only Manu Ginobili! Our beloved Argentinean turns 40 today, and no amount of birthday wishes and gifts that can be sent his way will match the gift of one more year (at least) that he has given not only to Spurs fans, but the basketball community as a whole.

In honor of his birthday and return: here are the top 10 plays of his postseason career:

Since I feel there is one particular play missing from that list, here it is:

Love you for ever, Manu! Enjoy the day!

Despite turning 40 and not playing any basketball, Manu has had a pretty active summer. He has spent a good portion of his time in Spain, where he not only vacationed and had a reunion with his Golden Generation buddies, but he also found what we can all figure is his inner (and outer) spiritual animal – the majestic bald eagle:

Rudy Gay might fit better with the Spurs than most think

Very few waives were made when the Spurs quietly signed Rudy Gay this summer, and for good reason. He’s coming off a ruptured Achilles tendon and has only participated in the playoffs once (2012) in his entire 11-year career (he was injured for the 2011 playoffs with the Grizzlies).

Matt O’Connor at BBallBreakdown was one of those people who initially saw this move as little more than a footnote…until he delved a little deeper into how the Spurs could use Gay, who was often miscast by his previous teams, and where he fits into the Spurs rotation. The season has to happen first, but this just might end up being yet another under-the-radar move by the Spurs that has people wondering how they missed it down the road.

Rooting for the underdogs

A couple of players the Spurs picked up this summer that will likely spend all or most of their time in Austin is second-round draft pick Jaron Blossomgame and two-way contract signee Matt Costello. However, that doesn’t mean they don’t have high aspirations.

Can a Spur break one of the most obscure NBA records ever?

Perhaps you’ve heard of him. He set tons of NBA records, probably the most infamous being the most points in a game. If you haven’t figured it out yet, we’re talking about Wilt Chamberlain, the lone member of the 100 points in a game club.

He still holds many other NBA records that have yet to be matched or broken, but perhaps his most bizarre is the most games without ever fouling out: 1,205. You read that right. In all 15 seasons of his career, regular season and playoffs, The Big Dipper never fouled out of a game.

That is quite an accomplishment, and no one has ever come close to matching it, so Fansided decided to take a look at currently active players who still stand a chance. While no one is currently anywhere close, there are a few relatively young players who are well into their careers and have yet to foul out, and two of them are Spurs. Even more impressive, one of those Spurs is the only one on the list who is a positive defender for his career.

So what do you think, Spurs fans? In today’s tightly officiated game where even hand-checks are barely allowed, will anyone ever achieve a career that long without fouling out? It’s hard to imagine, but nothing is impossible.