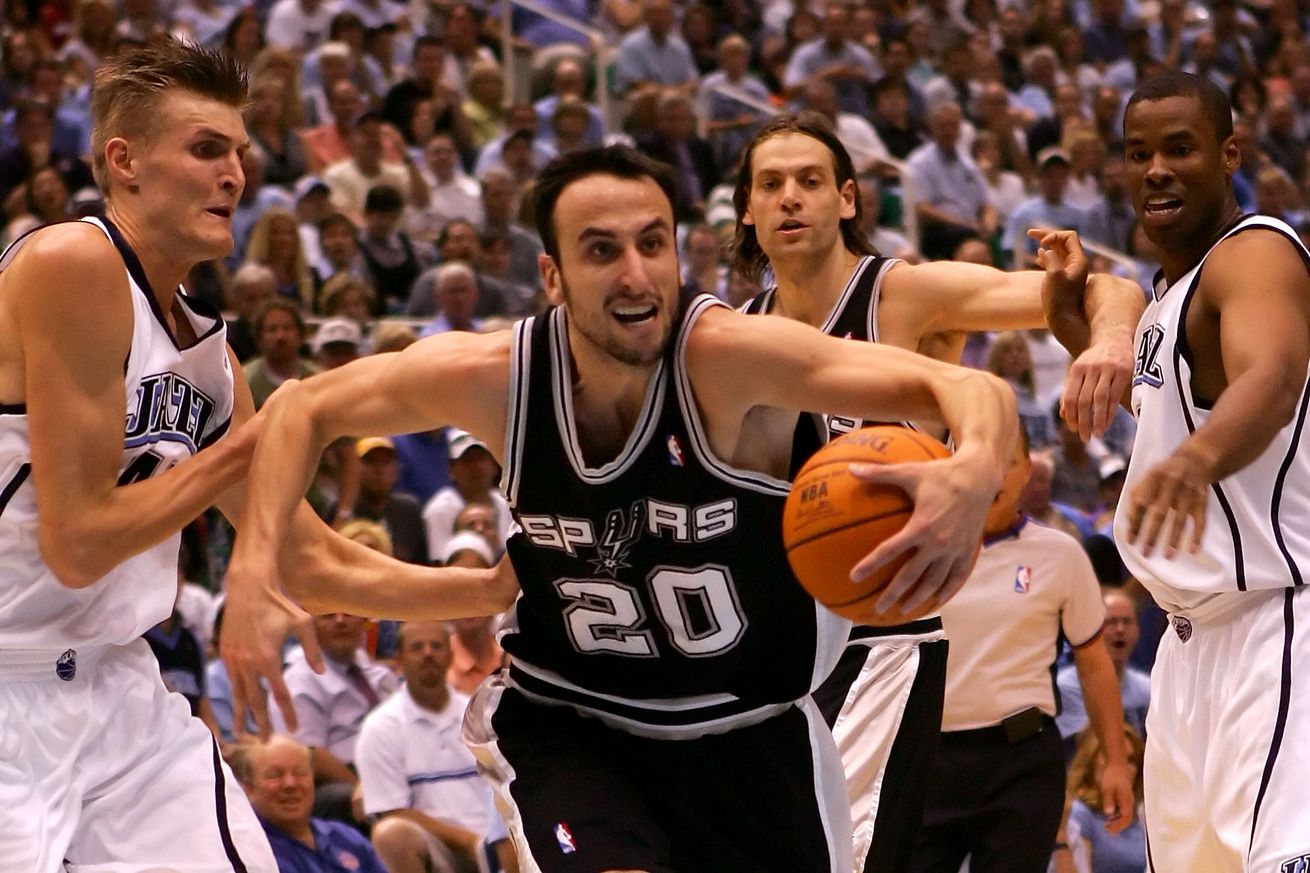 Some awesome Manu-centric content for the Spurs fan in need.

Getting tired of all this Kawhi Leonard talk? Then how about discussing a Spur on the other end of the spectrum: Manu Ginobili. Recently, his fellow Argentinian and former Spur Fabricio Oberto sat down with Hoops Hype to discuss a wide variety of topics, including his life since retiring from the NBA, the state of the league, and how it has changed since he was here.

But of course, no interview would be complete without discussing Ginobili, how he keeps doing what he does, and if one of his closest friends thinks he will be back:

What are your thoughts when you see Manu Ginobili playing at 40 like he did last season?

Always, since we played together on the same team, it was incredible to see how he reinvents himself every year. He reinvents himself. When the season arrives, he always has this passion for the game. How he has to work, how he takes care of himself. This is not a job where you go on vacation when the season ends. At this level, you have to keep improving to be better the next season. You have to take care of yourself. And he’s the best one to do that. You can see how he gets acknowledged. He’s really one of the heavyweights of this league.

Do you see him coming back next season?

What I want to see, having a friendship and relationship with him, is for him to be happy. I think at this point he has nothing left to prove, but he is so competitive you see he can still help the team. I would say I always want to see him play, let him play for 100 more years, but I think there are priorities, life changes. We have to wait and see what he’s going to do. It’s a decision so personal that having an opinion about it, even when you have the knowledge and the trust to talk about things, it’s not relevant.

If you have to make a bet…

It would be very difficult because of everything that happened this year, everything he had to play and at that level. Last year it looked less… It’s hard. I recently talked to him and he never said yes or no. He has to make the decision.

There’s plenty more where that came from, so be sure to go check out the entire thing. Uno mas, Manu! The Spurs may need you now more than ever.