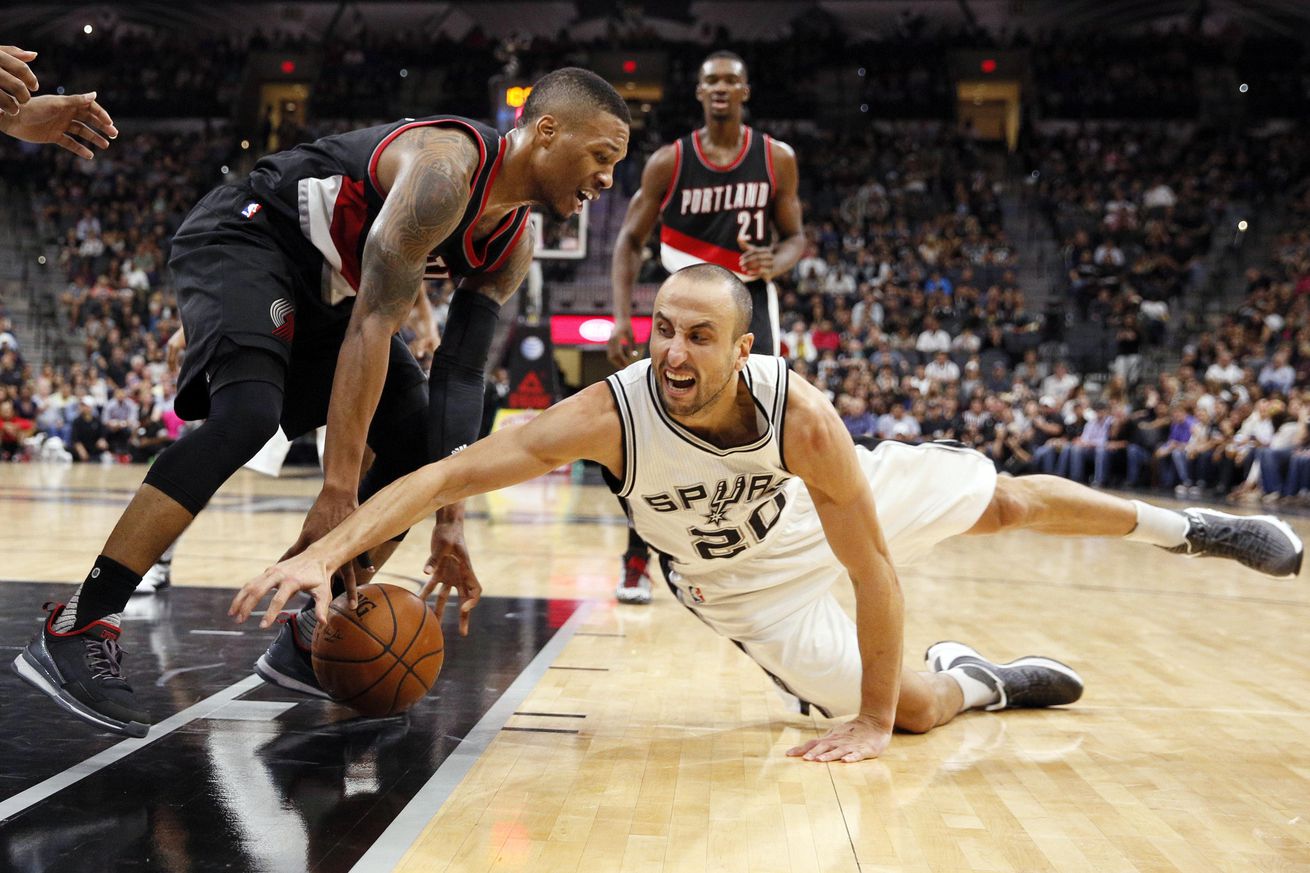 The Spurs’ elder statesman says he still enjoys the game in his latest article for La Nacion.

What follows is a translation of Manu Ginobili’s column, which ran on Thursday, July 20 in Argentine newspaper La Nacion.

Ibiza, Spain.- It took me longer to make up my mind this time, because I had more doubts. I wanted to let my thoughts simmer, to see how I felt and what questions arose. When I felt that enough time had passed, I realized I was ready to communicate the decision I’d made about my future.

I had discussed things with Pop at length before going on vacation. He told me he wanted me to return and that he needed me on the team. Having that information, I gave myself some room to really think about what I wanted to do. I didn’t feel like he was trying to convince me. He was just telling me how he felt. I know that if he had felt the opposite, he would have told me that too. Had he said that he didn’t want me back, it would have been an easier decision, in a way. I don’t think I’m above having someone tell me they don’t want me around anymore. I would have said, “That’s it, I’m done,” because I wasn’t even going to explore the possibility of signing elsewhere.

I took him up on his offer because it’s an honor to be part of a franchise like this one, to still feel important at age 40, and to be surrounded by people who care about me. Everything I was planning for in case I retired I can just postpone for a while. But if I had retired and taken a year off, I couldn’t have returned to the game at 41. I feel like I made the right decision, which so happens to be the one everyone thought I should make. No one close to me told me, “This is it, just hang them up and find pleasure in other things.”

The truth is I still enjoy and have fun playing. I have fewer responsibilities than before and I know I’m taken care of. It’s just an ideal situation for me, at this age. My family wasn’t an impediment, either. Once again, Many told me to just do what made me feel good. We are obviously curious about the possibility of having a lot more time for ourselves, but since we are comfortable in San Antonio and the kids are in school there, it wasn’t a problem for me to continue playing.

I’m aware that this season will be special, but I also know it will be the same when I’m on the court. I always try to help my team win. I’m also aware that I’m not the basketball-obsessed freak I was in the past. Pop says I’m just as competitive as ever, but I don’t feel like that’s the case. It’s not just because of a change in ability, speed or anything physical, but also in my priorities.

Obviously when the ball is in the air and I make a couple of mistakes, or when someone challenges me, it’s not like I don’t care about winning or losing. Everything I do, I try to do well. But if I hadn’t changed my mindset and my expectations, I would have retired after the 2013 or 2014 Finals against Miami.

I’ve been thinking about how the team has reloaded. Rudy Gay signed. Some might initially be surprised and think he doesn’t fit with San Antonio’s style, but he’s a huge talent with the versatility to play both forward positions. He should allow Kawhi to rest but he can also play next to him. He’s a great scorer with great athleticism and a lot of skill. Just like it happens with everyone who joins the Spurs, it’s going to take some time for him to adjust to the system and find his bearings. The same applies to Joffrey Lauvergne, who’s really skilled but will have to adjust to our style and understand that he will be behind LaMarcus Aldridge and maybe Pau Gasol in the depth chart. Brandon Paul also joined the team. Pop has told me he’s someone who’s grown a lot and he’s happy he could sign him. We’ll just have to see how all the pieces fit.

Oh, it’s also huge, both for the Spurs and for me, to have Patty (Mills) back. Not just because of his skill as a player, but also because of how great a person he is. He’s really talented but he’s also my link to the new generation. My connection with him is important to me. I’m not saying we were a package deal, but it means something to me that he’s here. I even think it nudged me into coming back a bit.

Now that I’ve digested it all, I think I made a decision that allows me to keep playing at the highest level, which is what I always wanted. And at an age at which I never thought I’d still be playing. Considering my style and the risks I take on the court, as well as the miles my legs have accumulated with the Spurs and the national team, if someone had told me 10 years ago that I’d still be playing at 40, I would have said they were insane. I know how privileged I am for having done it on an elite franchise to boot.

I’m slowly starting to shift mindsets. I know I’ll have to start over. I’ll have to get my body right to remain valuable to the team and help my teammates. For now, I’ll continue to enjoy my vacation and once I get to San Antonio, I’ll go full throttle. After a long break, it’s just not as easy to get in shape as a 40-year-old as it is for 21-year-old Dejounte Murray. I know I’m going to have to work really hard and take care of myself better than I ever have. When the time comes, I’ll focus all my energy on getting in tip-top shape.