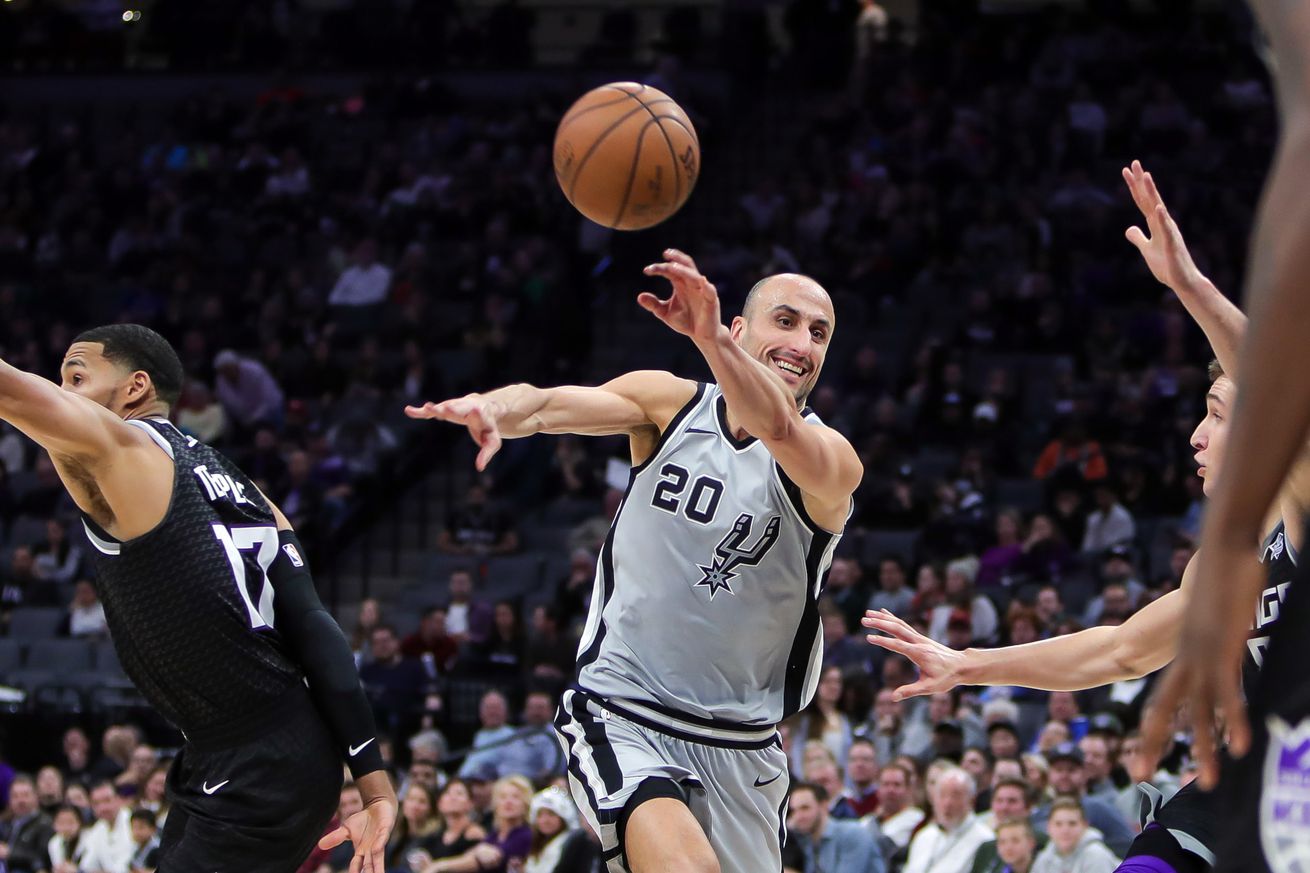 Bidding farewell to the Spurs’ maestro, whose indelible performance is finally over.

Manu Ginobili was John Coltrane with a basketball. He was an artist: creating and improvising, flowing within the context of team, knowing when to accompany, when to lead, when to follow, when to change the tempo and when to blend in. If a change in key was needed, it appeared effortless.

Change the entire tone of the composition.

Manu Ginobili and The Love Supreme.

Fifty-seventh pick of the 1999 draft:

Soar high above the rim. Rain down thunder.

Defensive rebound, push the ball up the court, nutmeg, contort in the lane and launch.

Mid-air decision: kick it out to a teammate standing alone for the corner 3. Effortless.

How did he do that?

The song played on.

Work the angles that most can’t see, much less think of working or seeing. Cross-court, half-court pass, threading the needle to a teammate breaking to the rim.

Kevin Garnett shot block. No, better yet, James Harden shot block. Blocks and steals and disruptions. Disruption as part of the composition.

Swat the bat and get the song back on track.

Times of dissonance, ‘Who was he passing to?’ ‘Why did he take that shot?’ ‘How did he miss that shot?’

Those times were seemingly always followed by one or two or three pitch-perfect notes, ‘make-up plays,’ as if the minor notes were there for dramatic effect, so he could soar the scales to balance everything out.

Equanimity. Pause. The pauses in between the notes are just as important as the notes themselves in a master performance.

There is no tomorrow. Regular season games matter. Every game matters. Play masterfully.

No opponent is too big or too good. Gold medalist leading undermanned Argentina over Dream Team Version 2004 in Athens knows this, so he plays on. Fearlessly.

For love of country and the game.

Believe. Will it. Lean into it.

El Contusion. Sheer passion. Take the charge, sell the charge, get knocked down. Clap your hands and get up. Repeat. Over and over.

Did he just tuck the ball, elevate, turn his back to the basket and toss up that no-look shot? What was that? Rewind. Show that again. He did what? How did that go in? He went in between three defenders? How did he got that shot off. Rewind again. Oh. My. Soul.

Didn’t see that coming, did you? But it did. Over and over. Same, only different. Subtle variations virtually imperceptible to the untrained eye, but when slowed down, almost entirely different.

Play on. The song must be organic, authentic, fluid, real, and it must point to something greater, beyond the self and the rote skills learned as a young man. Play the entire thing by feel, something that can’t be taught. Intuition, subtle shifts.

Numbers? No, beauty. Numbers are willingly sacrificed for the sake of the art, for the good of the team, the song, the band, the music. Individual performance means nothing if the music isn’t right.

The man who knows he can do just about anything isn’t simply concerned with his personal performance, he must elevate everyone around him. Whatever that takes. The song is better that way.

The game is beautiful, or should be. It can be, if the game is played and felt as it should be.

Humility. Grateful to play the game.

The Beautiful Game. Crescendo. Near perfection.

So close. So close. Almost. The song continues, and nearly stops.

A spontaneous combustion of voices singing “Ole, Ole, Ole, Ole,” and the man who played so well, so masterfully, was absolutely disarmed by such appreciation.

The body hurts. Joints ache. Time to bring this performance to a close.

Final stanza of this song.

The virtuoso appears ageless, still fluid. Looks are deceiving as the body knows the truth. It hurts. He’s played so long, this song. It’s almost time for someone else to take the stage.

But, as long as he can play, he must, and as he plays that final stanza and the band slips into a confusing series of out-of-tune, off-key notes and forgets the song that’s been played for so long. But the man from Argentina is determined to finish his part well, to create, to elevate the willing.

The song ended. A time to reflect. Was there one more song remaining?

Yes, but not on this stage.

That bittersweet realization that so much has changed, including his ability to create as he once did.

He simply played the game he loved, created art as few could. We will not see his kind again.