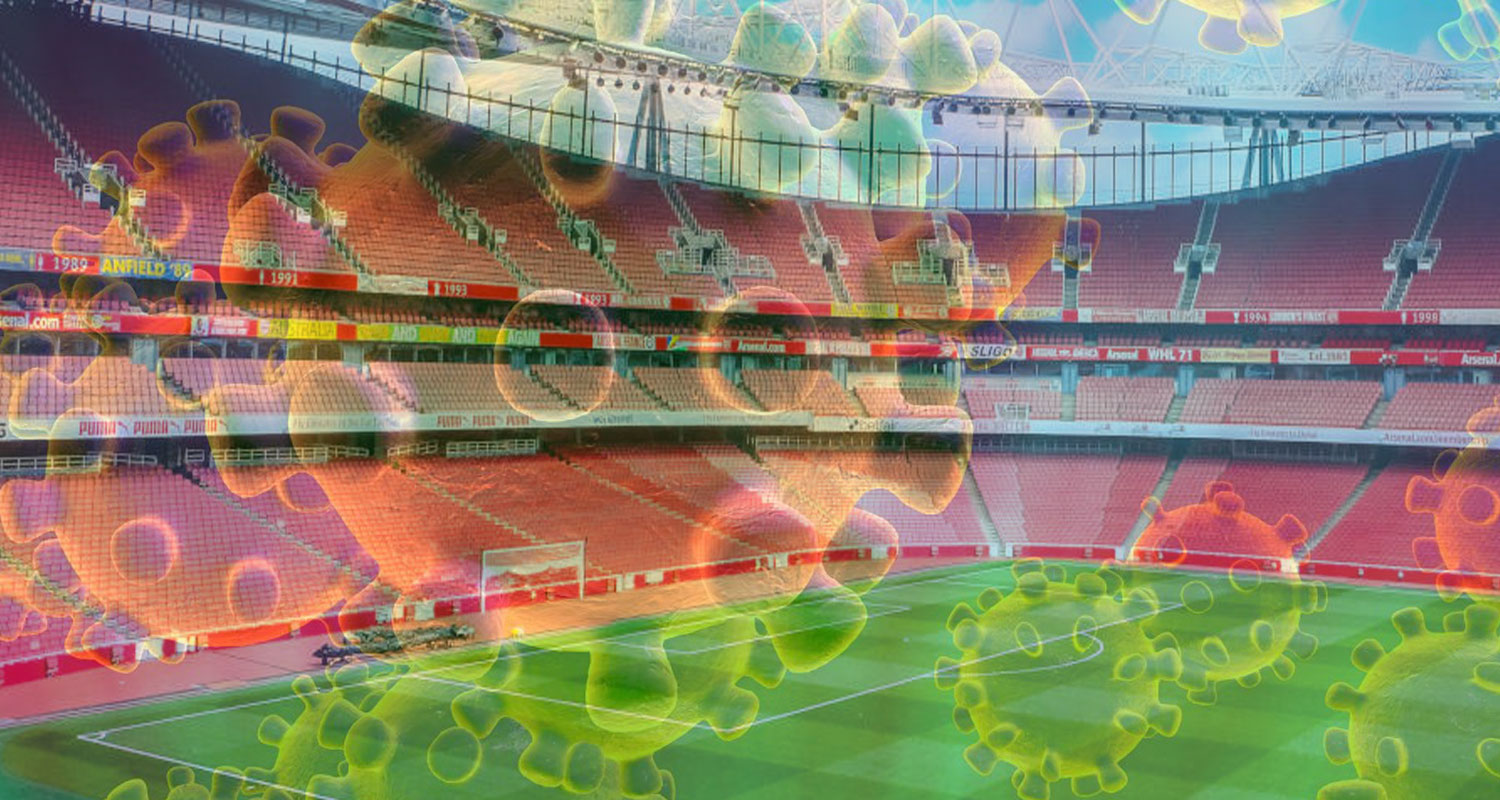 I woke up this morning, hugged the dogs and made coffee as I always do, and came upstairs to write a preview of tonight’s clash with Man City. While not necessarily a game I expected a lot from, it was set to be an intriguing encounter all the same because of the return of Mikel Arteta to the club he left in December to take over at Arsenal.

That would have added something extra to it. Would he pick his team based on what he thought Pep might do, knowing him so well? Or would Pep pick his team with a little thought of what Arteta might do thinking that his former assistant might try to second guess him? We won’t know for a while now, because the game is off.

The reason: Coronavirus. I wrote yesterday about how the Premier League was bound to be impacted, just like most other countries, but I didn’t expect it quite this quickly or in the circumstances that have caused this postponement. The reason is because the owner of Olympiacos, Evangelos Marinakis – who mingled with players, staff, directors, and officials at the Europa League game on February 27th – announced yesterday he had tested positive for the illness.

Arsenal released a statement yesterday saying that nobody who had come into contact with Marinakis had shown any symptoms, but the decision was taken last night by the Premier League to call off tonight’s game as a precautionary measure. Arsenal’s players are to remain in self-isolation for the rest of this week, before returning to work on Friday ahead of a trip to Brighton on Saturday. My understanding is that the 14 day period in question is from Feb 27th until tomorrow, not 14 days from now.

What about the clubs we’ve played, the players on their teams, their staff, officials etc? Isn’t the logical step that if we’ve potentially been exposed, they have too?

In a statement, the club said:

We are strictly following the Government guidelines which recommend that anyone coming into close contact with someone with the virus should self-isolate at home for 14 days from the last time they had contact.

As a result, the players are unavailable for tonight’s match against Manchester City and the Premier League has decided the game should be postponed.

The players will remain at their homes until the 14-day period expires. Four Arsenal staff – who were sitting close to Mr Marinakis during the match – will also remain at home until the 14 days are complete.

We fully understand how disappointing this is for our supporters, in particular those who were travelling to Manchester for tonight’s match. Tickets will be valid for the match when it’s rearranged.

As a further precautionary measure, whilst we do not believe there was any close contact with any other Arsenal guests or staff in the directors box restaurant, we are contacting them to advise they should follow the relevant advice if there has been any such contact.

Everyone at Arsenal Football Club wishes Mr Marinakis a swift recovery and we look forward to the players and staff returning to work on Friday in preparation for our match at Brighton.

This is a huge development in terms of the Premier League and sport in England. As most other European countries put football and other mass gatherings under serious restriction – if they’re allowed at all – there’s been a slower response in the UK. The Cheltenham Festival is going ahead as normal, which seems nuts when all the evidence elsewhere is showing us the Coronavirus is spreading fast.

The postponement of tonight’s game will bring into sharp focus the issue and the concerns that people rightly have about it. Wolves, for example, have condemned the decision of UEFA not to postpone their Europa League tie with Olympiacos after the news that broke about the owner yesterday. Surely now that will have to be revisited. The risk is probably minimal, but while players and employees might not be the ones to fall ill they all have friends, relatives, parents, grandparents etc who would potentially be vulnerable.

The trip poses unnecessary risks to our players, staff, supporters and the families of all who travel, at such critical and uncertain times.

It’s hard to argue with that. As for Arsenal, I think it’s also going to put Saturday’s game against Brighton at risk. There’s probably a case to be made that we’ve been unable to prepare properly if the players are staying at home. Whether that has any impact on the decision making remains to be seen.

Another big consideration are the fans, who must be included in the thought process. The Man City game was arranged just one week ago. Arsenal fans are out of pocket for expensive travel, accommodation, time off work and other expenses. While tickets might be refunded or valid for whenever the rearranged game takes place, there are other costs to consider for the supporters. That has to be part of any discussions about what to do next, and it’s unfair to expect fans to write off that kind of money for future games.

With Spain, Italy, France and others all announcing games are to be played behind closed doors, there’s no reason to think such measures won’t be put in place in England. In fact, I think there’s a very real possibility that we’ll see the cessation of football across Europe for a period of time. As last night showed, even playing games in empty stadiums sees fans congregate outside, they’ll meet in bars and other places to watch, and if the idea is to contain the spread of the virus as much as realistically possible, allowing football matches to be played at all seems counter-intuitive because of that.

We also have to think about the financial impact on the clubs themselves. Ticket sales and gate receipts are vital, particularly for those not at the upper echelons of the game. Already clubs in Spain are calling for La Liga to be postponed. Leaving aside the health issues, they can’t afford to play games and lose that revenue. That’s going to apply everywhere. Playing behind closed doors gives the broadcasters something to put on, but is it the right thing for the sport or the fans?

There’s such a lot going on here, this is unprecedented on a sporting level, and more importantly on a societal level. The norms of daily life, the things we thought immutable, are being turned upside down and it might take some time for things to get back to normal. Assuming that the normal we have after this is the same as the normal we had before.

Again, please follow expert medical and scientific advice. Don’t listen to some bloke on Twitter who tells you it’s an overreaction, or some toad-faced bigot invited onto the BBC to talk about this for no good reason whatsoever. Your local health authority website is the outlet you need to keep an eye on. Watch the actual news. Wash your hands and follow the guidelines. I don’t know where this is going to go next, but the ripple effect is likely to be extensive.

Any further news updates can be found over on Arseblog News, more from me here tomorrow.