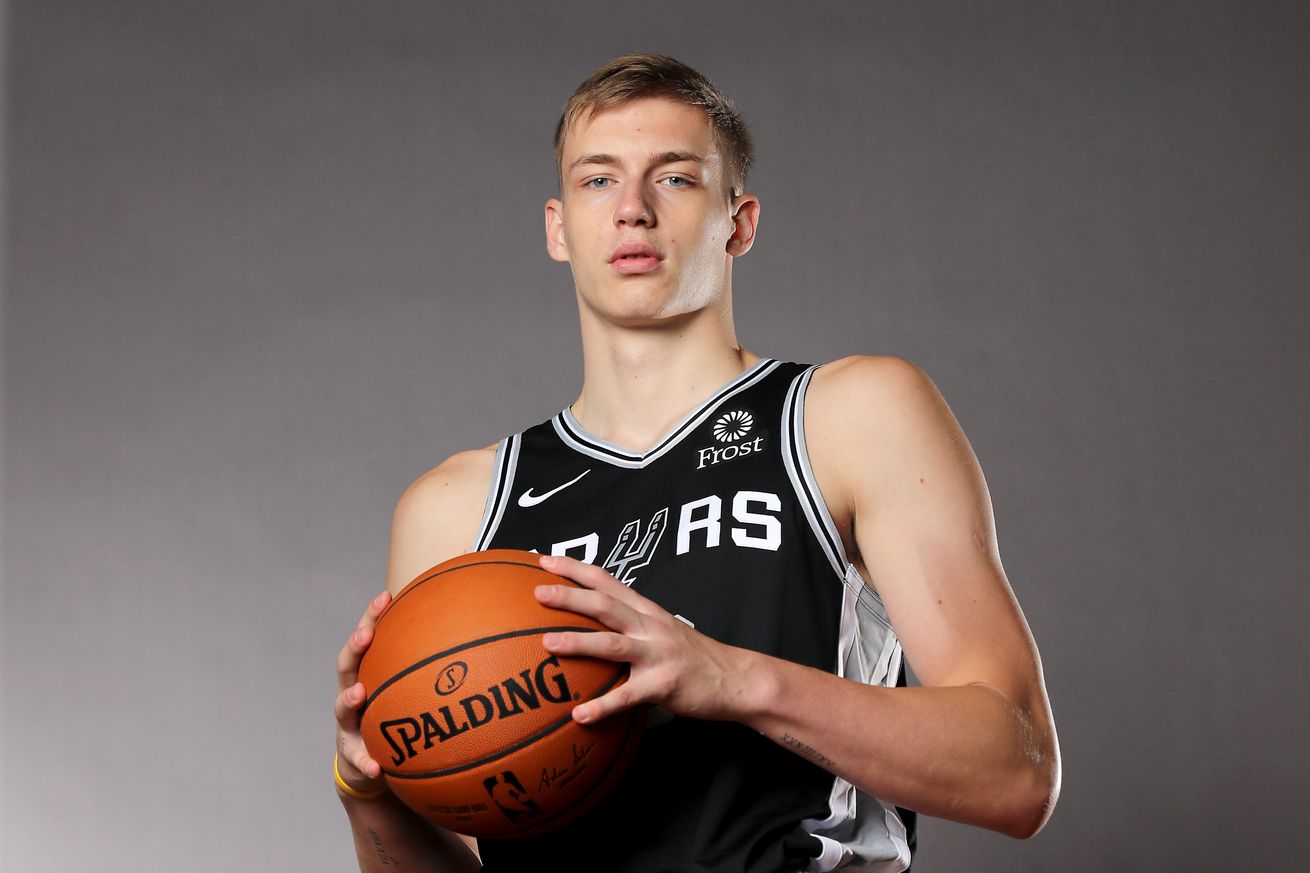 The Spurs rookie has already added 9 lbs of muscle since arriving in SA.

When the Spurs drafted Luke Samanic with the 19th overall pick this summer, it was definitely with an eye towards the future rather than the present. Not only do they already have LaMarcus Aldridge locked into the starting power forward (or center) position for at least another year (along several competent back-ups), but the 19-year-old Croation was not viewed as NBA-ready in no small part thanks to his lanky 6’11”, 226 lb frame.

Although he still plans to spend most of his rookie season in Austin, the Spurs have wasted no time in adjusting his regimen so his body can begin bulking up to the point that he can hold his own as an NBA player. In fact, he has already added 9 lbs of muscle since arriving in San Antonio, currently weighing in at 235 lbs. Per Tom Orsborn of mysanantonio.com:

The Spurs wasted no time taking steps to add some muscle to the 19-year-old’s lanky 6-foot-11 frame.

”Every day,” Samanic said when asked how often he lifts weights.

Samanic pumped iron while playing in Europe, but his routine wasn’t anywhere near as intense as what he does now with the Spurs.

“There are no breaks,” he said. “And everything goes from the core.”

Those aren’t the only changes he’s going through. He has also been working with a dietitian and is adjusting to the much more physical nature of the NBA, as well as the core basics of being a Spur:

Asked what he’s learned so far, Samanic said, “How important it is to be a good teammate here. You (also) have to keep moving. In the offense, you can’t stay in one place for too long. And everything starts from defense.”

Finally, not surprisingly and surely much to every Spurs fan’s delight, he has found a perfect mentor in assistant coach Tim Duncan:

“When I heard the news he would be a coach, I was really happy and couldn’t wait to start,” he said. “I just pick up whatever he says.”