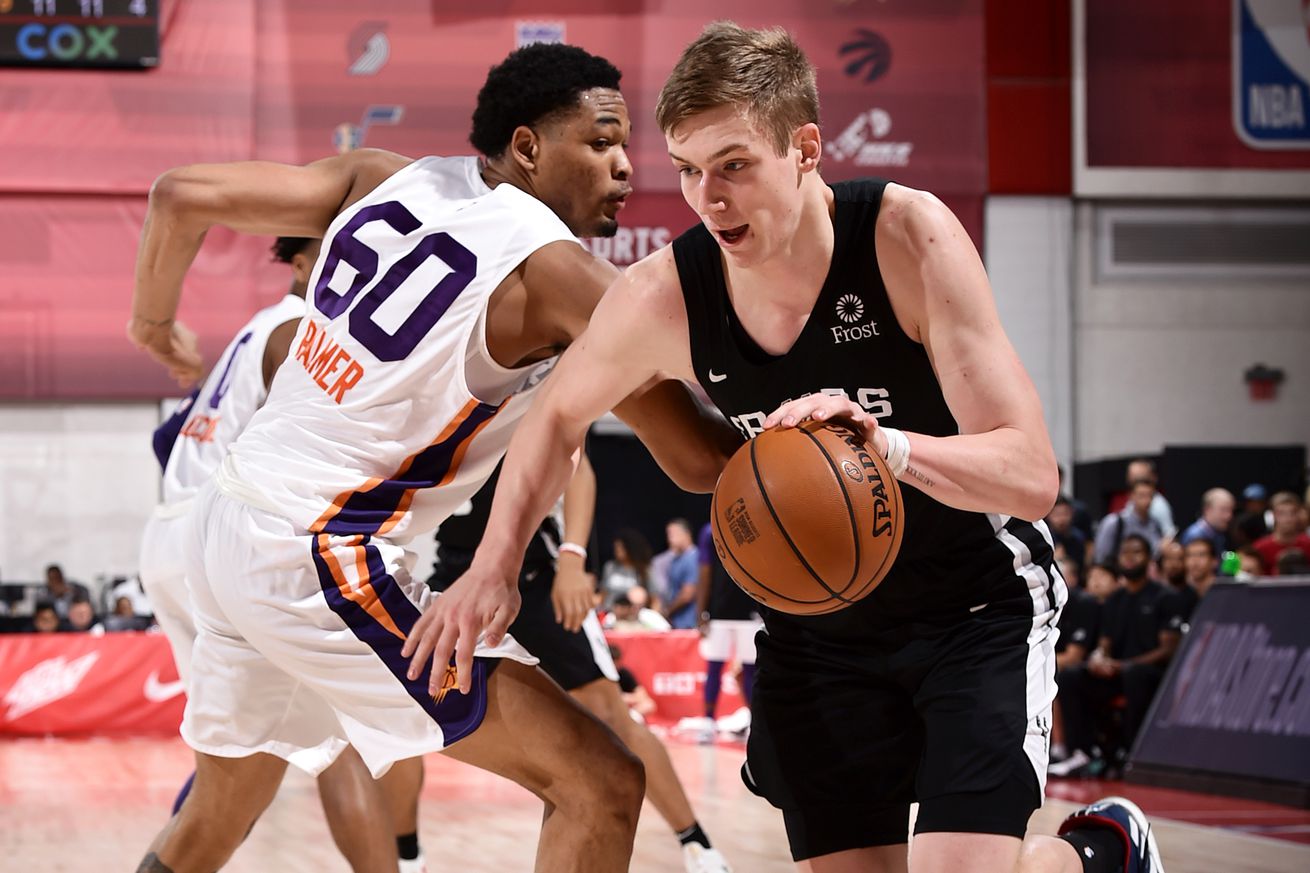 The Croatian rookie showed off the kind of skills that must have helped him catch the eye of the Spurs.

The Croatian Kevin Durant showed off a versatile set of skills in Summer League play last week. His floor game, in particular, stood out, as he looked comfortable off the bounce in a variety of situations, though he seemed most at home attacking from the perimeter.

As the Suns, among others, found out, Luka Samanic has more than a little wiggle in his game.

For Spurs fans, that particular sequence should look awfully familiar thanks to a certain recent retiree.

Here’s a look at Manu using it in the wild, albeit with a minor modification, against the very same franchise.

The similarities extend beyond just the teams and the crafty setup. Both are coming from the right wing with a big down low and the other three players spread out along the three point line on the opposite side of the floor. Because of the angle of attack and the spacing, it’s difficult for the low man on the weak side, who should be the help defender, to know when or whether to commit to stopping penetration.

Attacking from the same side as the big is an interesting setup. It all but guarantees there will be another defender who can easily swipe at the ball, but it also means there likely won’t be as much of a challenge at the rim. Both Manu and Luka manage to navigate that potential problem successfully.

While Manu is heading downhill when he switches back to his right, Luka takes a little contact from Kramer as he moves to the left, prompting the quick change of direction that catches the whole defense off guard. Manu’s version was much more dynamic, and he pulled it off in the playoffs on Shawn Marion, which is in a completely difference universe in terms of level of difficulty. Still, watching Luka throw out a reasonable facsimile at 6’10” and just 19 years old, even in Summer League, is pretty impressive.

Remember any other times Manu used this move? Drop links in the comments. Let’s see how many we can find.