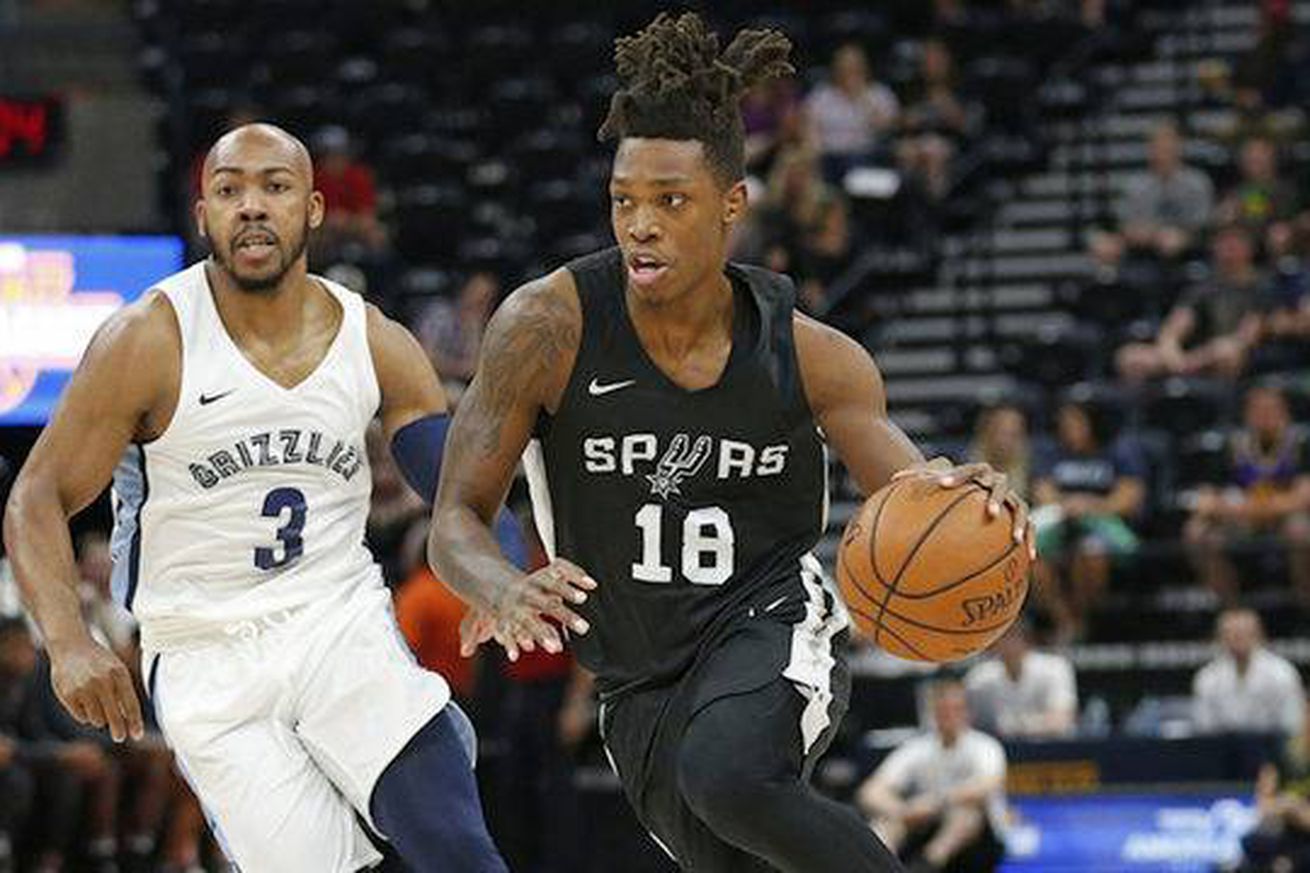 The Spurs rookie is healthy and looking good.

Spurs are in search of hope — any hope — right now, and there just might be some up IH-35. While the Spurs were receiving their second-straight walloping Friday night, rookie guard Lonnie Walker IV was making his G-League debut in Austin. Level of competition aside, he looked more confident than any other Spur has lately.

In 19 minutes, Walker scored 14 points on 7-13 shooting for the Austin Spurs in a 125-122 in a loss to the Agua Calientes. He also recorded two rebounds, two assists, and an impressive block on defense. He showed off his ability to drive to the rim and an in-between game that was reminiscent of a certain corn-rowed ex-Spur (especially the 3rd bucket in the below highlights).

Walker is returning from a torn meniscus he suffered during the preseason. Expecting him to be the Spurs savior this early in his career would be too much to ask, but if he continues to play this confidently as he gets back into shape, it wouldn’t hurt if Gregg Popovich to threw him into the fire to see how he performs against NBA competition.

The Spurs need change from somewhere, and last time the Spurs gave heavy playing time to a middle-of-the-first-round pick, it worked out pretty well.