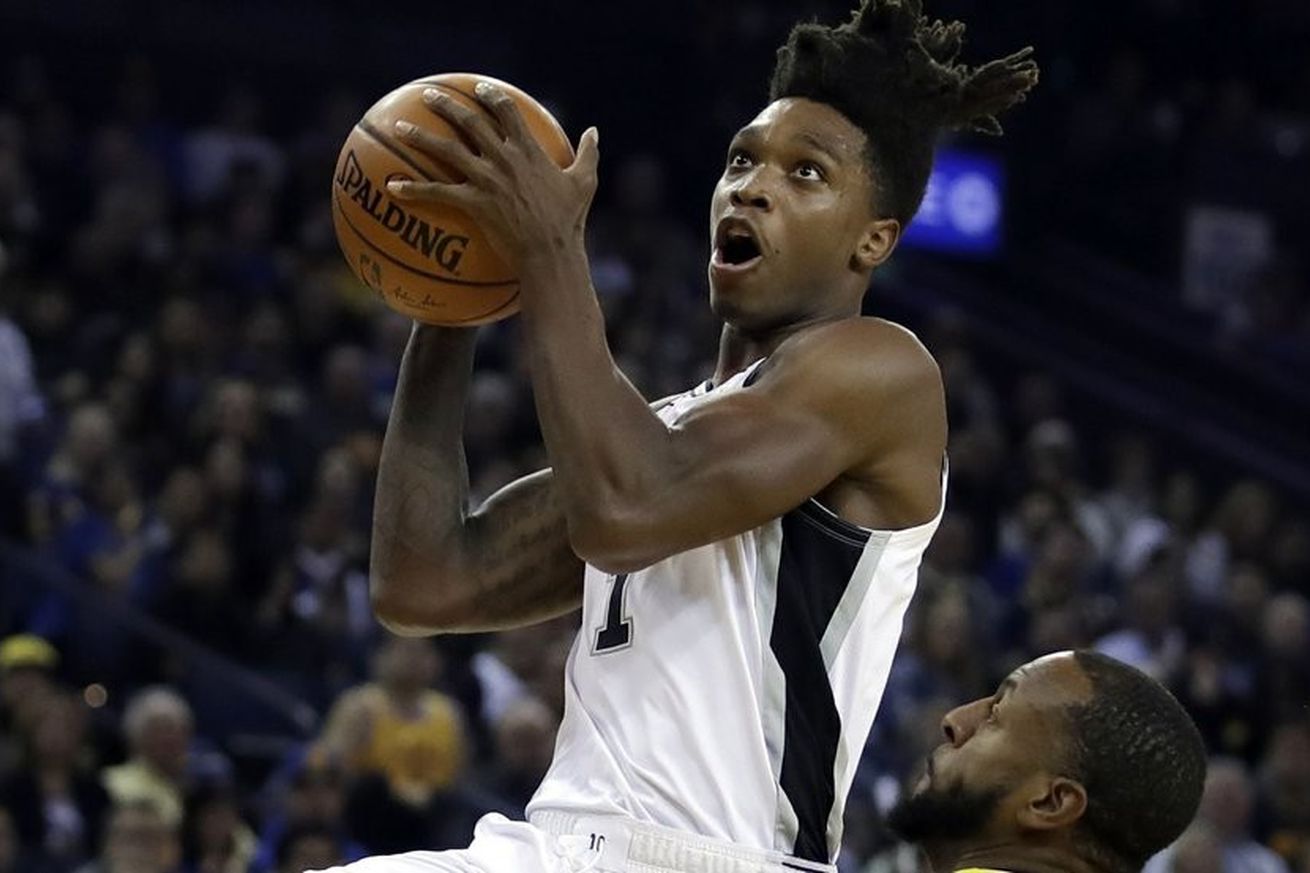 Nothing like hanging with the greats to find the motivation to be even better.

After signing an endorsement deal with Adidas last summer, Spurs rookie Lonnie Walker IV was in Charlotte last week for the 2019 NBA All Star Game to help promote the brand. As if he didn’t have enough already, being around the greatest in the game provided him with even more motivation to become a star.

“It means a lot. It brings fuel to your fire, because you want to get to his stage. You want to get to his moment and be able to actually embrace it like an All-Star. So, to be here and see everything, see some of the players, I’m excited to embrace the environment and see what it’s like.”

He also had nothing but good things to say about his fellow teammate, LaMarcus Aldridge, who was making his seventh All Star appearance and sets a good example in San Antonio.

“Seeing a player like that up close, an All-Star up close, just shows how much more I got to continue to improve and better my game. Even after practice, he’s the last one getting his shots up. That’s a veteran thing to do and that just shows his work ethic, and what I got to match to hopefully get to that stage.”

After suffering a torn meniscus in his knee during the preseason, Walker has spent most of this season with the Austin Spurs, only appearing in 6 games for San Antonio while averaging 2.3 points in 9.5 minutes per game behind the Spurs’ deep guard rotation. He had an opportunity for some extra playing time during the first leg of the Rodeo Road Trip with Derrick White back in San Antonio recovering from plantar fasciitis, and he played a season-high 26 minutes in a blowout loss/rest game against the Warriors before missing the last three with a twisted ankle.

The 18th overall pick from last year’s draft has shown plenty of promise on both ends of the floor, but like many 19-year-old rookies facing the gauntlet that is Golden State — he shot 0-10 from the field with 3 turnovers — that game showed he still needs time to hone his skills, and fortunately the Spurs can afford to be patient.

We may not see what he truly has to offer until next season, but with his athleticism and skill set combined with the positive effect Austin has had on many Spurs (see: Danny Green, Cory Joseph, Dejounte Murray, Derrick White, etc, and he arguably has more upside than all those guys), expect Walker to be an integral part of the Spurs’ future. Along with his motivation to be great, the sky is the limit.