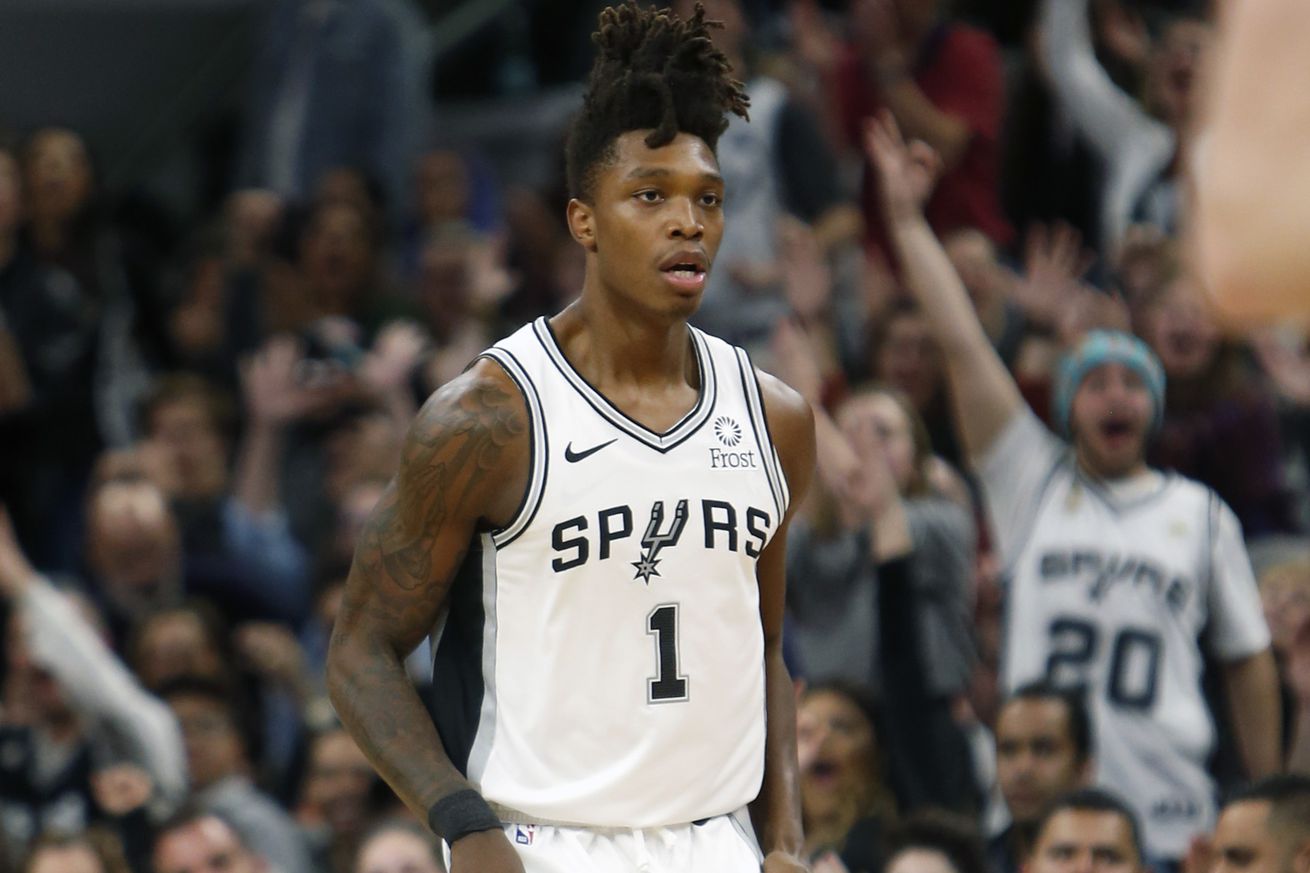 The cherry on top of an amazing night was finally get to see the rookie in action.

It’s been a long wait, but first-round draft pick Lonnie Walker IV finally made his NBA debut in the Spurs’ 125-107 drubbing of the Raptors. On a night when they already had plenty to cheer (and jeer) about, his entrance was enough to get Spurs fans on their feet even in garbage time — he was so anxious to get in that his premature entry cost the Spurs a technical for their second delay-of-game warning — and he put a cherry on top with a long catch-and-shoot three for his first NBA points.

He also recorded a rebound and had a sweet drive to the basket in five minutes of action, and although he missed the up-and-under lay-up (perhaps there were some jitters in there), it was off a sweet behind-the-back dribble and drive to the basket that showed the wide range of skill and excitement he brings to the Spurs roster.

LW4’s first FGA was proceeded by a major-league behind the back dribble at near full speed. pic.twitter.com/Ggq1HbRT5v

Walker will likely continue to travel between Austin and San Antonio this season, especially considering how far Bryn Forbes and Derrick White have come, but imagining the addition of him and Dejounte Murray to the current group of guards next season is making the future seem more exciting by the day.

Pundits are saying the Spurs need to get young and “rebuild”. If they paid any attention, they would see that is exactly what they are doing while simultaneously staying competitive, and it’s riveting to say the least.

Welcome to the Spurs, Lonnie!

No fans in the league like Spurs fans. Truly appreciate the love I got today. Extremely blessed to touch that floor god willingly #GoSpursGo