Frank Lampard has been ordered by his wife Christine to cut the football chat during the winter break but solving Chelsea’s puzzle in attack will never be far from his mind.

Lampard’s centre-forward, Tammy Abraham, is heading for a holiday in Dubai after he was forced to play through the pain barrier at Leicester. While there, he may bump into Jamie Vardy, who could also do with a rest after suffering two muscle injuries in a little more than a month.

Between them, Vardy and Abraham have played 3,938 minutes of Premier League football between them this season. By contrast, the back-up strikers – Kelechi Iheanacho at Leicester, Michy Batshuayi and Olivier Giroud at Chelsea – have spent a combined total of 720 minutes on the pitch. 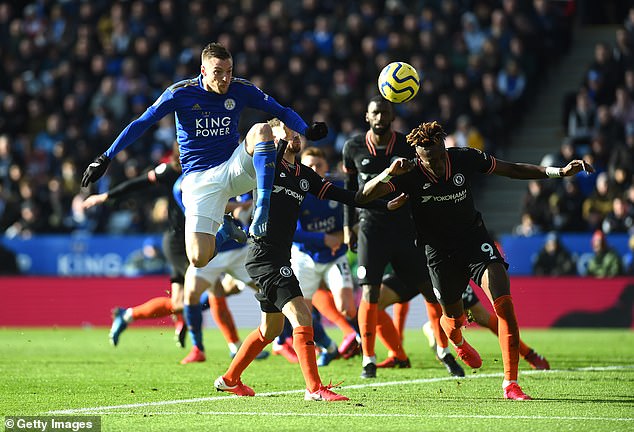 Jamie Vardy, left, and Tammy Abraham, right, have played 3,938 minutes between them

Chelsea are so reliant on Abraham that last week Lampard appeared frustrated at their inability to sign a striker in January – even though they have World Cup winner Giroud to call on along with Batshuayi, who has 16 goals in 29 games for Belgium. Hardly no-hopers.

Leicester boss Brendan Rodgers praises Iheanacho to the skies whenever he is asked about him, and the Nigerian’s form this season has been impressive – eight goals in 14 appearances, including two in two before this game.

Yet like Abraham, Vardy will always start if he is even remotely fit. Though it is easy to see why their managers would lean on them – 17 goals in all competitions for Vardy, 16 for Abraham – it remains a difficult balancing act. 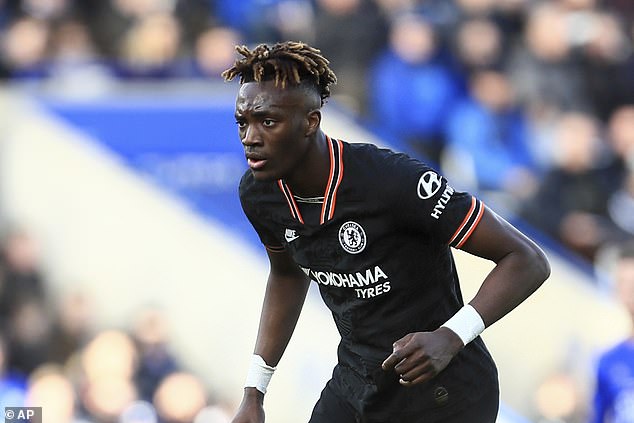 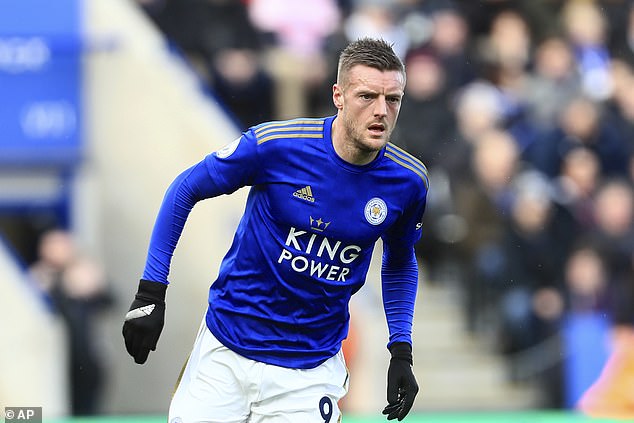 He may bump into Vardy, who could also do with a rest after suffering two muscle injuries

Vardy will be 34 next year while this is Abraham’s first full season playing up front for an elite club, which is a mental challenge as much as a physical one. By placing a little more trust in their squads, Lampard and Rodgers would surely be giving their main men a better chance of finishing the season strongly.

Vardy was back in action less than a week after tweaking a glute muscle in the 4-1 win over West Ham, and he was not moving freely when he was replaced by Iheanacho with 10 minutes to go here. Abraham – who damaged his ankle against Arsenal 11 days before this game – admitted he had had ‘medicine’ to help him through this game. Is it any wonder that neither man was at his best?

‘It is good to be back involved and back on my feet and now we have a break to try and get better,’ said Abraham. ‘My ankle is still painful but sometimes as players you have to play through pain.

‘For me it just about getting out there and helping the team. The medicine started to wear off in the second half but I will take this break to recover.

‘I am definitely in favour of [the winter break]. I can’t wait. It is needed really after a long hard first few months of the season. It is time to recover and get our bodies back to normal.

‘Mentally and physically we all need this. It was getting to that point in the season where people start to get leggy and a few injuries come in.’ Lampard will have to adjust quickly after the break. They have games against Manchester United on February 17 and Tottenham on February 22, before taking on Bayern Munich in the Champions League three days later, while they will also face Liverpool or Shrewsbury in the FA Cup fifth round on March 3.

Leicester have no European commitments this season but unless their form totally disintegrates, they will do next – and another proven forward will be needed to ease the load on Vardy. It was no surprise, indeed, to hear Rodgers stress the need for a stronger squad, after their only January signing was Wolves centre-back Ryan Bennett on loan. 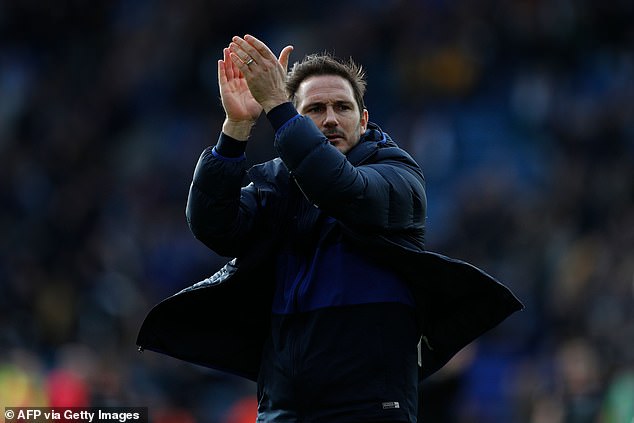 Rodgers knows, too, that wealthier clubs will come for some of his best players, with Manchester United interested in James Maddison and Ben Chilwell a target for Chelsea.

‘We have strength in depth but going forward we need more quality,’ said the Foxes manager, whose team remain third, 13 points ahead of fifth-placed Sheffield United and eight clear of Chelsea in fourth.

‘For us to have achieved what we have with the group we have is remarkable. We’re not settling for that: we want to finish off the final 13 games as finish as strong as we can.’ His team should have won after goals from Harvey Barnes and Chilwell cancelled out Antonio Rudiger’s opener, but more poor marking at a set piece allowed Rudiger to equalise before Barnes missed a glorious late chance to seal it.

Despite the small tweaks that are required, both managers can reflect on a positive six months, with the potential for a top-four finish and trophies ahead – though Lampard will be trying his best to think of other things.

He added: ‘This job is consuming and I’ve probably given my wife too much chat about football when we’ve been having dinner and stuff. Sometimes I get told that so I’ll try to refrain for a few days and then get back to work.’