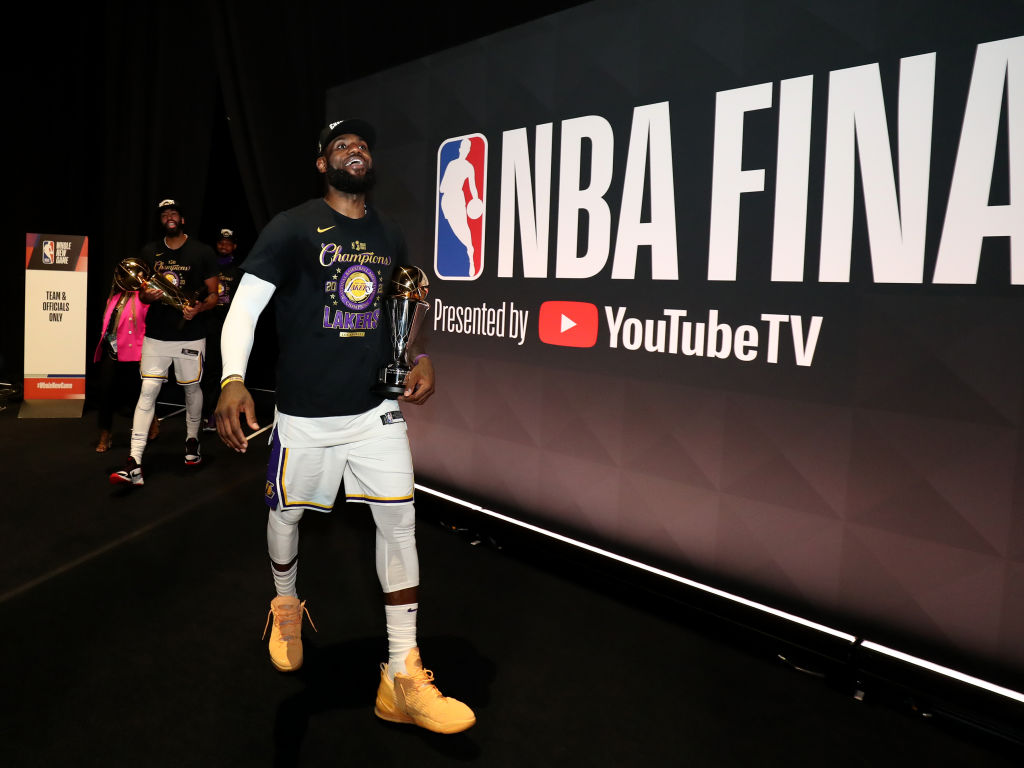 LeBron James has been a dominant force in the NBA for the better part of the last two decades, his superstar consistency over the course of 17 seasons a feat in and of itself.

According to the 35-year-old, four-time champion fresh off his most recent title run and first with the Los Angeles Lakers, he’s only gotten better with age.

“Thirty-five-year-old LeBron would tell the 27-year-old that you don’t even know your game,” James told ESPN’s Scott Van Pelt when prompted to reflect back on the first ring that he won eight years prior.

“You haven’t even scratched the surface. You have no idea what you’re capable of,” James continued. “I think if you line 35-year-old LeBron up with 27-year-old LeBron, [the elder] would dominate him.”

For most guys in the NBA, turning 30 years old represents the beginning of a gradual decline in production. For James, it’s been anything but. He even tried telling us this about three years ago.

In his 17th NBA season, James averaged 27.6 points, 10.8 rebounds and 8.8 assists per game in the playoffs. He was the best player on the floor and won yet another Finals MVP award. We are all witnesses of one of the best basketball players of all time.