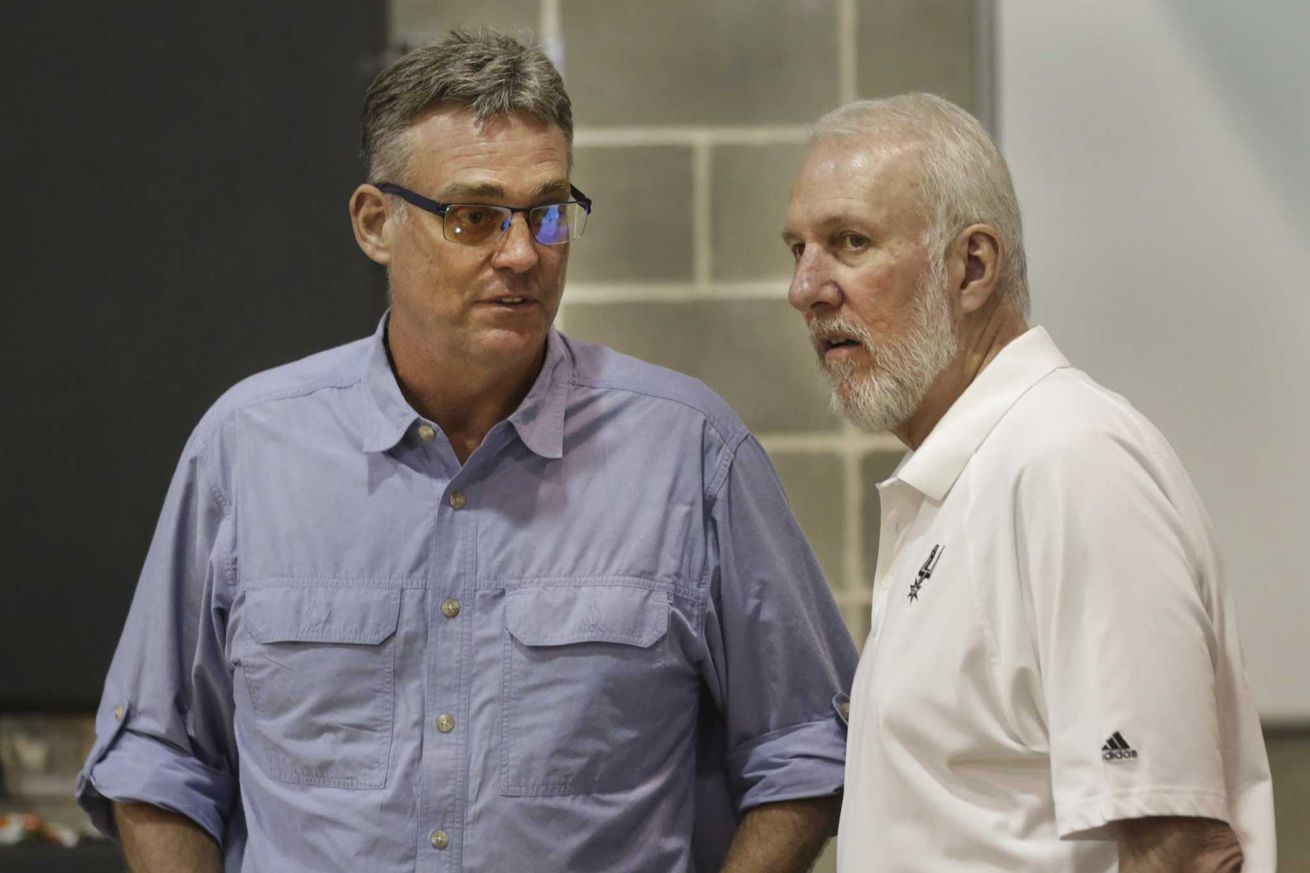 Checking out how the national media grades the Spurs’ draft choices.

The Spurs are well known for their drafting prowess. Whether it’s finding diamonds in the rough, making surprise selections only for those players to prove many doubters wrong, or just plain outsmarting the rest of the field, the Spurs have earned a reputation as elite drafters in the NBA, especially outside of the lottery (where they haven’t been in 22 years).

So of course, it’s only natural that they would do their own thing with their 2019 draft selections irregardless of what mock drafts and pundits said. In typical Spurs fashion, they first went after their favorite international prospect, who had been all over the place in most mock drafts but scarcely as high as 19th. Then, they did what they often do at 29th and stole a player who fell down the boards before finally selecting one of the better players left with the 49th pick (regardless of position because odds are slim-to-none they’ll have a roster spot available anyway).

These selections have created an entire plethora of reactions not just from Spurs fans, but the media as well. After looking at fan grades and breaking down the picks here, it’s time to take a look at what the rest of the NBA world thinks of the Spurs’ selections.

A 6’11” big from Croatia, Samanic impressed at the NBA draft combine with his improved frame and dynamic shooting ability. He will make his living in the NBA as a catch-and-shoot threat that can attack a closeout. He will need to prove himself as a rebound and playmaker for others.

The Spurs should probably get the benefit of the doubt on international players, but they left a lot of good college options on the board.

A year ago, he looked like a lottery talent. But this comes across as a surprise — he seemed more likely to be the Spurs’ pick in 10 spots or a second-rounder. But the Spurs, they’ve earned the benefit of the doubt.

Luka Samanic emerged as one of the early standouts at the combine, and the San Antonio Spurs clearly took note. Their front court needed modernizing, and the 19-year-old potentially brings the ability to shoot, handle and pass.

He might have the mobility to guard multiple positions, but he must improve his fundamentals first. His shooting is the same. He could be a stretch big at some point, but the stroke isn’t ready yet.

”[He] can improve with a few mechanical tweaks,” The Ringer’s Kevin O’Connor wrote. “He brings the ball to his release point too early, and his feet could be turned slightly to alleviate tension.”

Samanic is a project, and the Spurs have had decent success developing such players over the years. But the DeMar DeRozan – LaMarcus Aldridge duo is built to compete right now, and the rookie may not help that effort much.

This might be a little high for Samanic, but the Spurs ultimately opted for a player they came to covet after Goga Bitadze went off the board one pick earlier. The fit between prospect and team here is strong, and he may not have made it all the way to San Antonio at No. 29. Credit the Spurs for just grabbing the guy they like here, although this was considered to be the high end of his range. There’s a bit of risk involved here, but Samanic lands in a good situation for his development.

Samanic fits a lot of what the Spurs want out of their big men. He can shoot it a little bit and is a smart decision-maker when put into those positions. He should bring quite a bit of value on the offensive end. Defensively, it’s not clear what role Samanic will play at the NBA level, as he’s not a particularly valuable rim protector, and he hasn’t proven he can consistently switch out on the perimeter.

I think this is a little high for Samanic, but it’s clear the Spurs like him. He fits the profile of a player they’d be interested in. Some slight deference goes to San Antonio.

Johnson has no signature skill, but he’s solid across the board. The 6’6” wing was a solid scorer for Kentucky as a freshman, flashing a competent three-point shot, good athleticism, and the ability to score in transition. Johnson’s lack of eye-popping stats and highlights could mean we’re sleeping on his well-rounded talent level. It’s worth it to take a solid wing at this point in the draft, even if Johnson lacks ideal upside.

This is a great spot for a talented player. He might be the best prospect available, and the Spurs are perhaps the best place for a guy with potential to develop.

The Spurs continued growing their young, energetic backcourt with Kentucky’s Keldon Johnson. His hustle should quickly endear him to head coach Gregg Popovich, but the rookie must prove his perimeter shot can hold up at the big-league level.

His three-point stroke is getting better, but he still netted only 45 triples in 37 games. Apparently that was enough for San Antonio, which looked past Johnson’s severe limitations as a shot-creator and passer, perhaps hoping his stroke, motor and NBA body (6’6”, 216 lbs with a 6’9¼” wingspan) would combine to form a capable glue-guy package.

If opponents run him off the arc, he’ll have trouble making a positive offensive impact. He isn’t much of a scorer in the paint, and his playmaking is almost nonexistent (60 assists and 60 turnovers at Kentucky).

The Spurs have enough intriguing guards that playing time won’t be guaranteed for Johnson. He’ll need more than hard work to find the hardwood.

This is a fall for Johnson, but in this range, he’s a really nice value for the Spurs — he profiles best as a role player, and at No. 29, his position is commensurate with that. Johnson has a solid all-around skill set and competes, but has work to do playing off the dribble. He could be a nice piece for them long-term, and makes sense with their pieces. He was projected to go a bit higher than this, but I think this fit ends up being mutually beneficial.

Good at many things, not great at any. Such is the nature of Keldon Johnson.

I thought Johnson had a chance to be a lottery pick when the season started. That was probably based more on his character and work ethic than his actual basketball skill. Johnson lacks the athleticism to be a super impactful offensive player. He’ll likely settle in as a low-usage, off-ball option. He did make 38.1 percent of his 3s this season.

At No. 29, this is still a nice value for the Spurs. Johnson was ranked No. 24 on my final board. He should be a good rotation piece. He’ll knock down shots, compete defensively and hopefully add some value as a straight-line scorer.

Leave it to the Spurs to get one of the best second round steals. He ranked second in scoring and tenth in 3-point shooting in the SEC last season.

The Spurs found Quinndary Weatherspoon in the right spot.

His four-year stay at Mississippi State featured a cycle of perpetual improvement. By his senior year, his numbers were up to 18.5 points per game on 50.8 percent shooting.

He could emerge as a rotation player, which would be quite the haul at this stage of the draft.

It would seem the general consensus is very much in line with Spurs fans, especially when it comes to Samanic. As befuddling as the pick was to some, one thing is for sure: at this point, the Spurs earned the benefit of the doubt. Summer League can’t get here soon enough!

League-wide reactions to the draft give the Spurs the benefit of the doubt
Source: Pounding The Rock