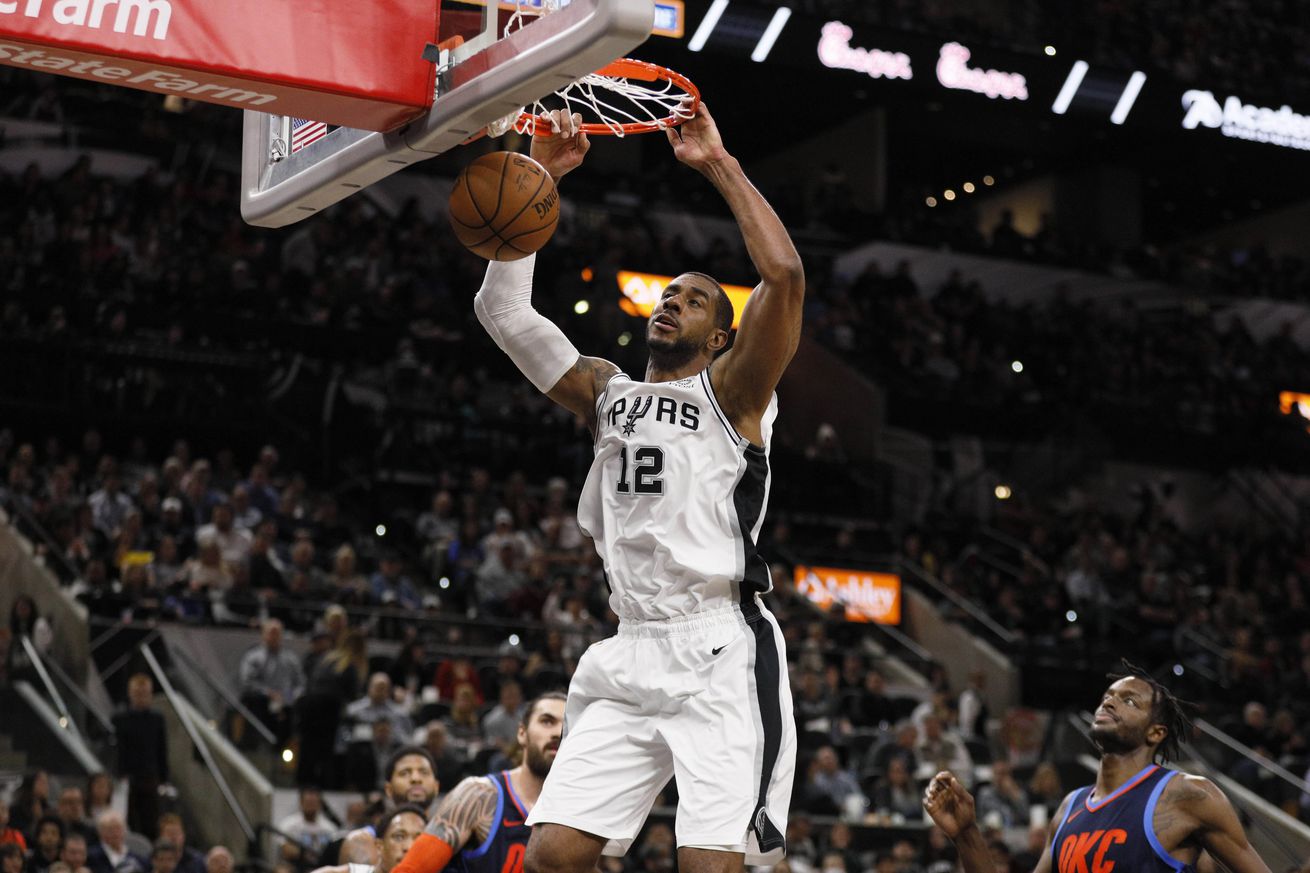 It was the third highest point total in Spurs history.

LaMarcus Aldridge topped 50 for the first time in his career during the Spurs win over the Thunder on Thursday night, and what a line he put up: 56 points, 9 rebounds, 4 assists and four blocks in 49 minutes on 20-33 from the field and 16-16 from the line. The performance wasn’t impressive just because of how many points he scored, or the how intense the game was, it was how he got them.

He hit fade-aways and turn-arounds and alley-oops. He hit jumpers and layups, and dunks. He bullied his way to the basket, and the stopped short to float it in. He passed to himself off the backboard and scored. After OKC caught up in the fourth quarter, he dropped 10 straight Spurs points. He became the first player to score 56 without shooting a 3-pointer since Shaquille O’Neal did it in 2000. He made sure to grab the game ball when the game finally ended, and he got his very own Gatorade mini-shower during his interview — well, it was water, but it was poured from Gatorade cups.

It was an incredibly memorable night for the 13-year veteran. In fact, it was memorable enough to get us to honor him with our first Aldridge-inspired T-shirt and merchandise. Allow me to introduce LMA:

My family and I tested TeePublic’s stuff for a year before I started partnering with them, and their shirts are as soft and durable as any I’ve worn. Even better, now our designs aren’t just available on shirts anymore. They do all kinds of apparel, as well as notebooks and mugs—the list goes on.

For those of you who love T-shirts and are a fan of the super soft style of shirt I’ve promoted in the past, you’ll probably like the Tri-Blend. TeePublic has an great sizing guide, and an excellent return policy if anything goes amiss. I hope you guys enjoy this as much as Mrs. Wilco and I enjoyed creating it.