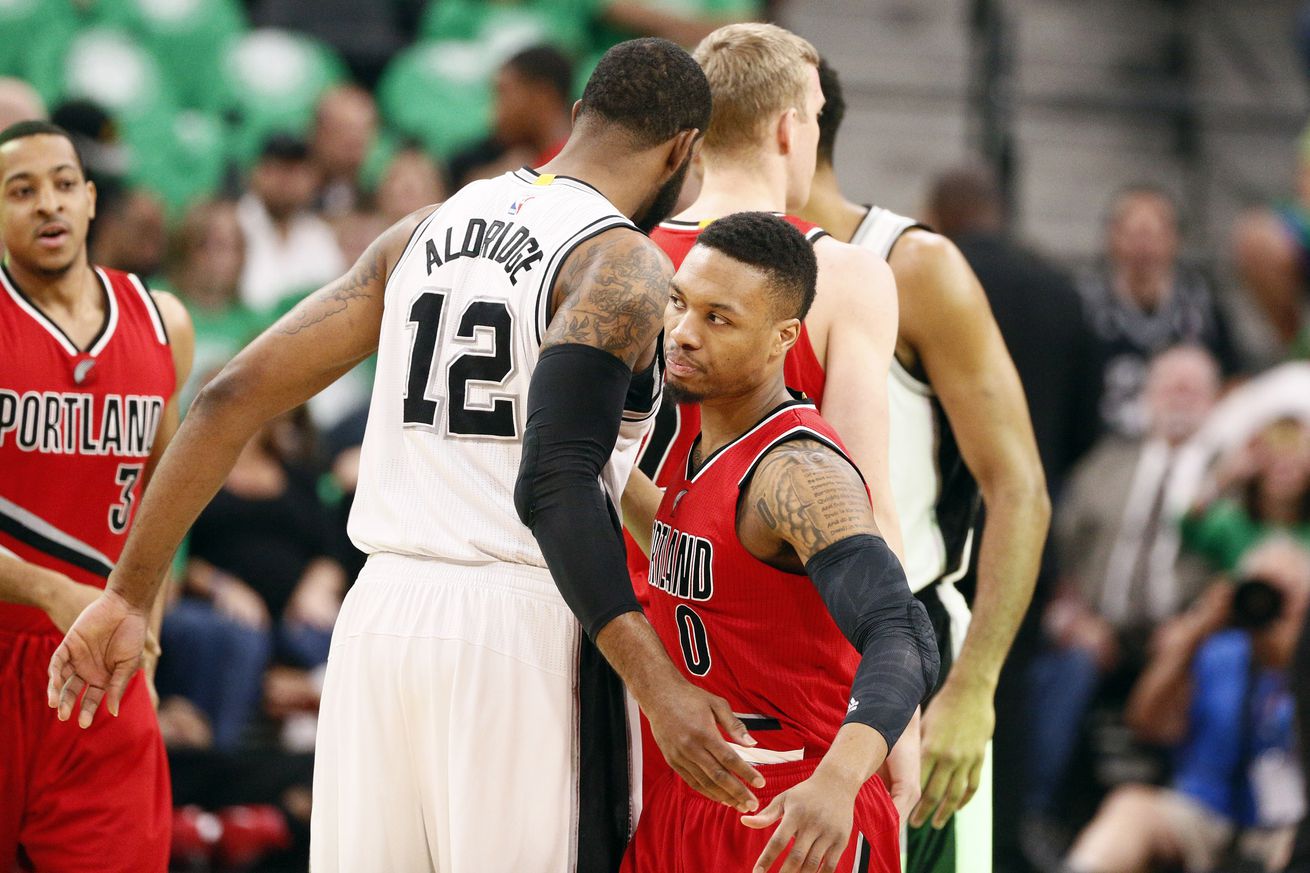 LMA has talked with Lillard about playing together again.

If you were around them at the 2019 NBA All-Star game, you never would have known that there was ever a rift between Damian Lillard and LaMarcus Aldridge from their Trail Blazers days. They hashed things out long ago just by talking things through, and they were as close as anyone in Charlotte, even sitting down with The Atlantic’s Jason Quick to discuss their mended relationship (subscription required).

Perhaps the most interesting part to Spurs fans is where Aldridge reveals a discussion he has had multiple times with Lillard since their breakup in 2015:

If that conversation had happened before Aldridge’s free agency?

“You never know,” Aldridge said. “But of course, if we had a better relationship, it changes the whole outlook of how it went. It’s sad that not talking like we do now could have changed history. But everything happens for a reason. He has flourished in that role, and I keep telling him I’m going to come back and finish there. That’s something him and I have talked about — playing together again.”

So not only does it sound like had things gone differently the Spurs might not even have had a shot at Aldridge (unsurprising), but he apparently has interest in playing for Portland again, possibly to close out his career. Nothing is set in stone, but I don’t think Spurs fans would be mad at him if this ended up being the case. He’s gained plenty of respect here, and even if Aldridge does ultimately stay with the Spurs, we’ve been saying for a while now that they need to start finding their big(s) of the future, so now is as good a time as any to start looking, possibly even in the draft. It’s not like they need more guards anyway.