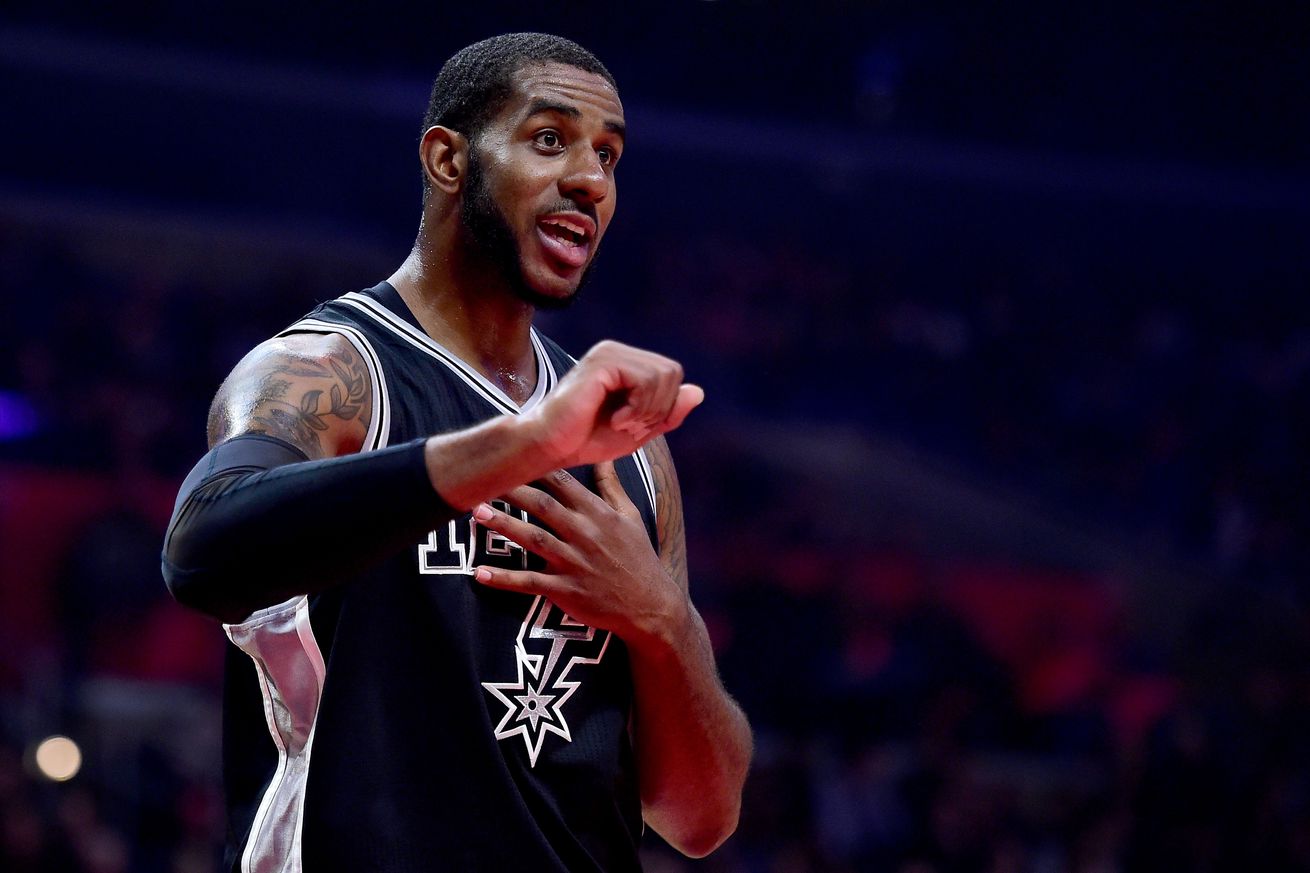 He will be available for tonight’s game.

LaMarcus Aldridge has been cleared to play by the Spurs’ doctor and will be available for tonight’s game vs. the Portland Trail Blazers. The Spurs released the following statement:

The San Antonio Spurs today announced that forward LaMarcus Aldridge has been cleared to resume all basketball-related activities. After Aldridge had an occurrence of a minor heart arrhythmia in Oklahoma City on March 9, the Spurs medical staff led a process that included multiple tests and examinations as well as consultation with numerous experts in the field. “We are thankful that LaMarcus will be able to rejoin the team,” said Spurs General Manager RC Buford. “All of us have been impressed with the professionalism and grace he has shown in dealing with this difficult situation.” Aldridge is available to play in tonight’s Spurs-Blazers game with no restrictions.

Aldridge missed two games against the Warriors and Hawks after suffering from a minor bout of heart arrhythmia following last Thursday’s game against the Oklahoma City Thunder.

In other injury-related news, Tony Parker (back) has been upgraded to questionable for tonight’s game, while Dejounte Murray (groin) is still out.