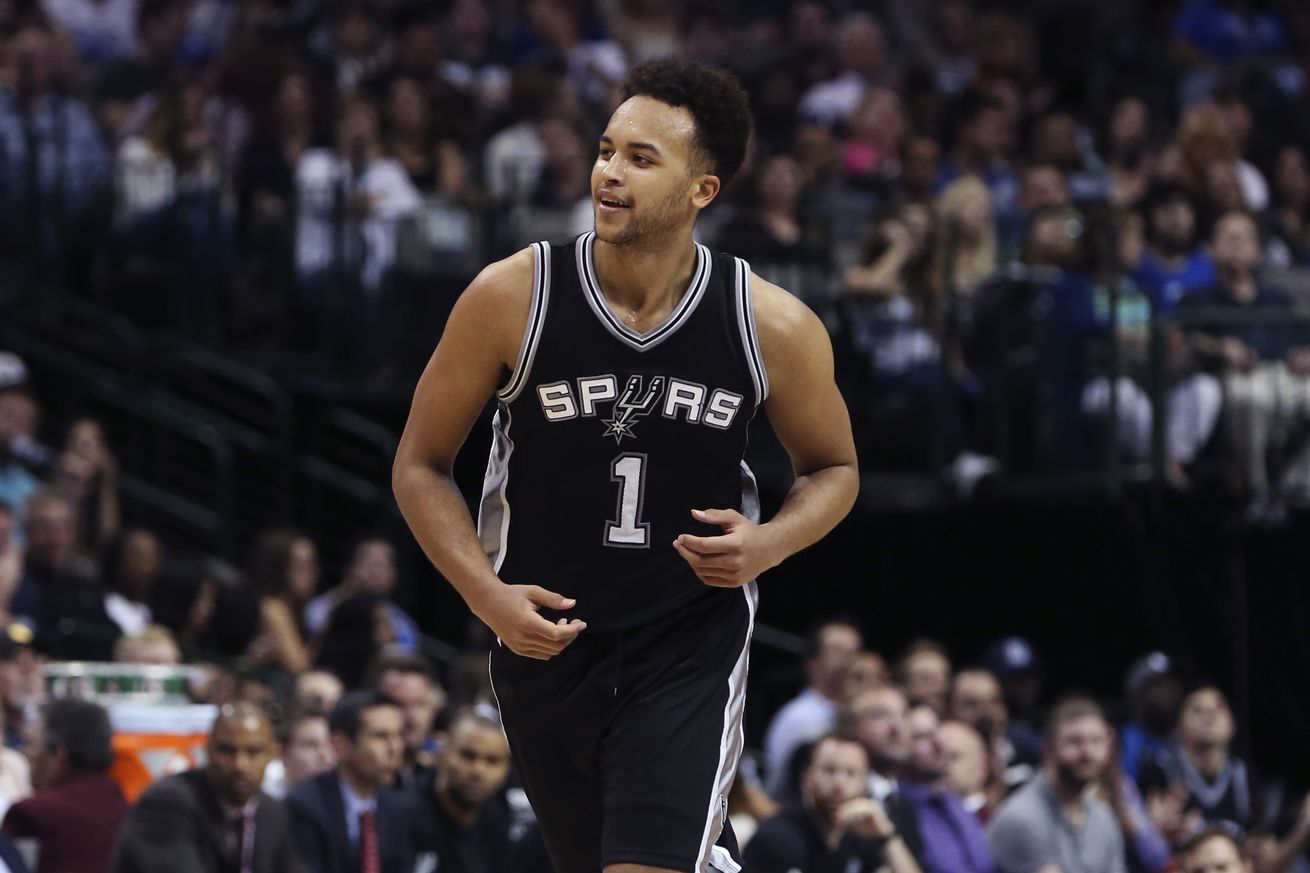 Anderson’s production stagnated in year three, but he remains a deceptively effective, if underused, player.

I’m convinced there’s a small demonination of Spurs fans that remains irrationally confident in Kyle Anderson’s potential. They note the awareness; the versatility; the drive to improve every possession on the margins. They shirk the importance of sheer explosiveness, even in today’s faster-paced game, and (probably) prefer a long-winded Aristocrats joke to a pithy one-liner. These are my people.

Rooting for Anderson can be an exercise in faith — not just in the latent value of wits and fundamentals, but that such a different brand of player can excel in the modern game. It’s a practice of resisting instant gratification, of 30-foot jumpers or audacious lunges at the rim, for meandering, slow-burning possessions.

If not for the NBA’s 24-second limitations, Anderson might casually pump-fake and jab-step every defender on the floor, complete a Sudoku puzzle, and dribble the ball until Ragnarok if it meant generating an extra inch of space on a 16-footer. That is, when he can’t simply drop dimes from half-court.

Anderson is still just 23, but time may be running out on his development in San Antonio. The 2014 late-first-round-pick has remained on the fringes of Gregg Popovich’s rotation and, last season, actually saw his minutes dip from 16 to 14.2 per game and his usage rate his a career-low 12.2%. Usage isn’t a perfectly telling stat, but that is still a very low mark for a player who, at his best, is helping initiate offense.

He was, if nothing else, a capable stand-in at whatever position he was asked to start, beginning the year in the place of an injured Danny Green. In 14 starts last season, Anderson averaged 5.6 points and 5.7 rebounds, while putting up a plus-14.5 net rating.

The Spurs were particularly loaded at the power-forward position last season, which is still where I think Anderson would be most effective. So, instead, he spent most of those minutes at shooting guard and small forward. Defensively, that’s fine — Anderson can hang with most wings on the perimeter well enough, and he provides fantastic rebounding at either position (he had the third-highest defensive-rebound rate of any player on the team at 19%). Offensively, though, it dilutes his broad skillset, leaving him unable to exploit mismatches the same way Boris Diaw did.

As a result, we still haven’t been able to see if Slowmo is even capable of making The Leap. And that’s understandable; Pop can’t be expected to make significant team-building or rotation decisions based on the ideal progression of one player. It just makes him a particularly difficult player to evaluate.

Criticism of Anderson often begins with his lack of aggressiveness, which is warranted. Fans get increasingly frustrated when the ball rotates around to him open in the corner, only to see him pass up the open three (which he actually hit at a good rate last year), dribble into traffic and, more often than not, force the offense to reset again.

On the plus side, he remained a highly underrated defender. ESPN’s Defensive RPM stat had him the highest among all shooting guards, and he was tied with Jonathon Simmons for the team’s lowest defensive rating. While lacking in lateral quickness, his positioning and length usually prevent him from getting beat off the dribble, and his work on the defensive glass helps limit opponents to one shot most of the time.

He’s also perfected the playground art of poking across his opponent’s body to get the steal, thanks mostly to his crazy, 7’3’’ wingspan. He catches Marc Gasol with it here:

Add this to the Kyle Anderson Pokes the Ball Away From All Stars mix tape. This one leads to a Ginobili PUJIT. pic.twitter.com/xNx0dUhMAQ

He also got LeBron…

Kyle Anderson with the poke away, Kawhi with the finish in transition pic.twitter.com/6QgHZki9dj

And one last steal, this time going (cleanly) across Steph pic.twitter.com/2duNXTK4HG

As he nears the end of his rookie contract, Anderson remains solid value for the Spurs as a versatile, low-usage wing that can defend multiple positions. And, who knows, we might see the Spurs moving further away from traditional two-big lineups next season. If so, it could finally mean him cashing in on the potential that the Church of Slowmo has long anticipated.